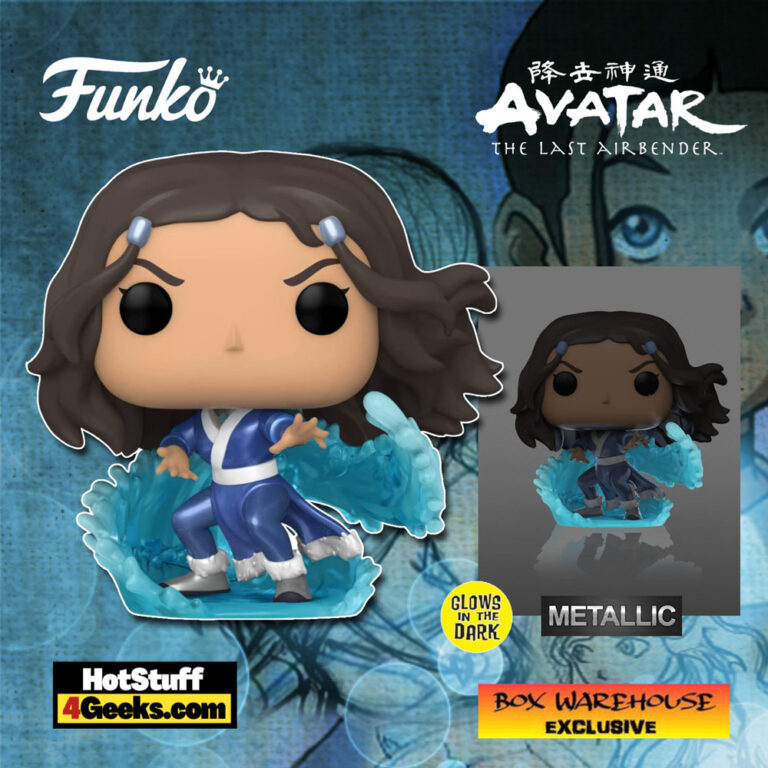 Do you have what it takes to save the world from the Fire Nation’s tyranny? Well, either way, you’re going to want this Funko Pop! Animation: Avatar: The Last Airbender – Katara Metallic and Glow-In-the Dark (GITD) Funko Pop! Vinyl Figure – Volcano X Box Warehouse Exclusive.

This stunning figure is complete with a waterbending effect and glows in the dark, making her the perfect addition to any Funko collection.

Whether you’re a fan of the Fire Nation or not, there’s no denying this is one cool figure.

It’s the age-old question: are you a rebel or a supporter of the establishment?

The Volcano X Box Warehouse exclusive, Katara Metallic GITD Funko Pop! is now available for order at the links below (click to jump!) 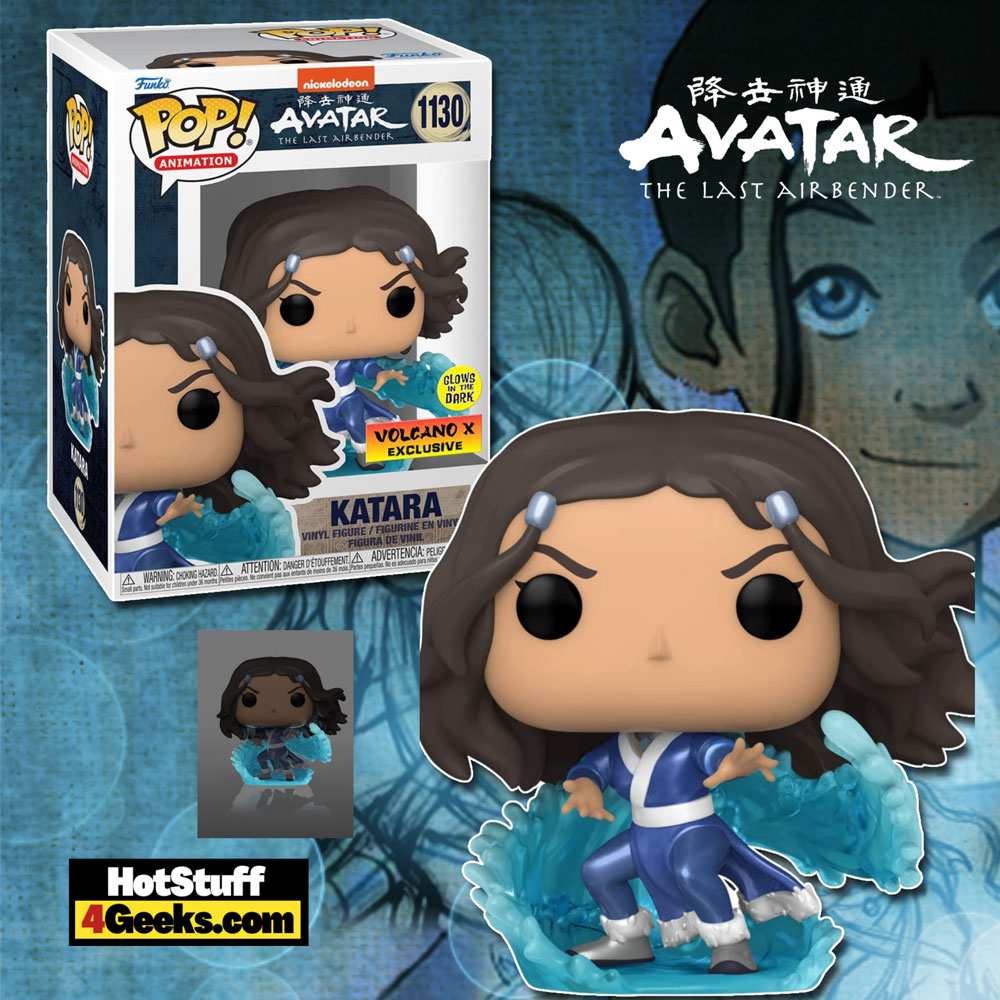 If you haven’t seen Avatar: The Last Airbender, you’re missing out on one of the best shows ever made. It’s funny, action-packed, and full of heart.

It’s got everything you could want in an animated series: action, adventure, comedy, and even a little romance.

But what really makes it special is its unique setting and rich mythology. The world of Avatar is unlike anything else on television, and the stories are just as fascinating.

With its complex characters and engaging plots, Avatar is a show that truly deserves its “classic” status.

Katara is a strong and independent young woman who has faced immense challenges in her life.

She comes from a small Southern Water Tribe village destroyed by the Fire Nation when she was just a child.

She and her brother, Sokka, were the only survivors. Since then, she has dedicated her life to becoming a powerful waterbender so that she can protect others from suffering the same fate as her village.

Along the way, she meets Aang, the Avatar who has the power to bend all four elements.

Together, they embark on a quest to defeat the Fire Lord and restore peace to their war-torn world.

Katara is an essential team member, using her waterbending skills to Battle the enemy and heal her friends.

She is a brave and compassionate young woman, and her strength is an inspiration to all who know her.