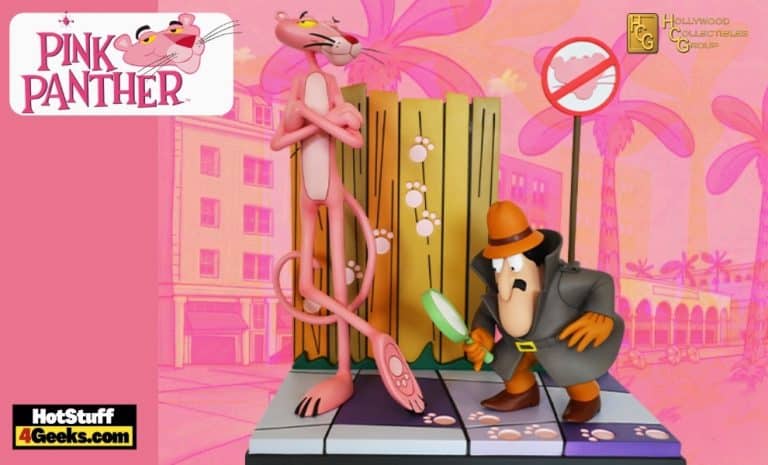 From the creative masterminds at Hollywood Collectibles Group comes this amazing The Pink Panther and The Inspector Clouseau Statue.

One of the most successful cartoons in the world is undoubtedly the Pink Panther. Many people, just like me, have had many laughs with this unmistakable character from world animation. Who doesn’t remember the famous ” instrumental little song” that is the cartoon’s theme song? Wow, it’s pure nostalgia!

Everybody loves the Pink Panther, and here he is presented for the first time ever as a high-end, Limited Edition Statue! The Pink Panther character originally appeared in the opening title sequence of the 1963 movie The Pink Panther and was so well received he was given his own TV series!

The Pink Panther and The Inspector Clouseau Statue is now available for pre-order at the links below (click to jump!) It’s priced at $599.99 and is expected to ship in May 2022. 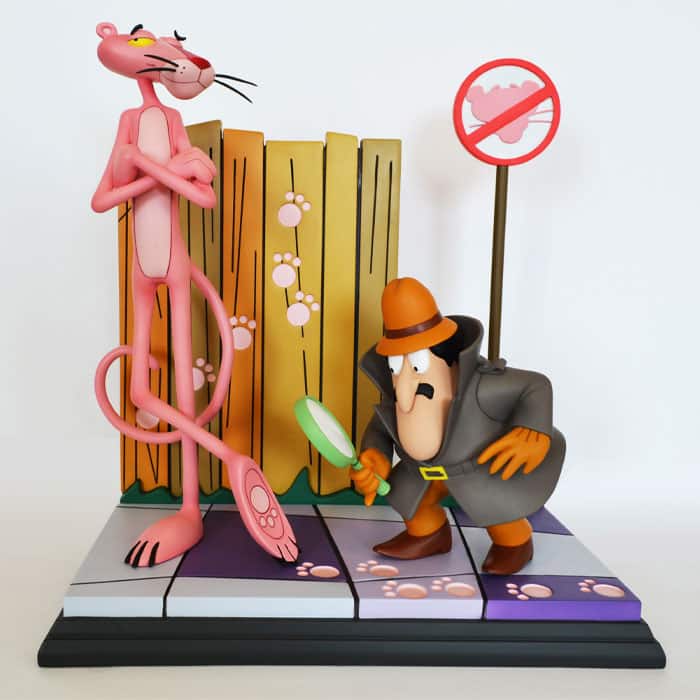 The movie The Pink Panther was released on March 20, 1963. It was directed by Blake Edwards and starred Peter Sellers as Inspector Clouseau. In this wacky comedy, animation was used for the credits, and it was here that the famous and elegant feline came to life for the first time.

Such was the success of this animation that it was decided to make a series of episodes that were initially conceived as shorts films to be shown in theaters before the feature films. They ended up as a television series.

Blake Edwards commissioned the prestigious animator Friz Freleng (1906-1995, creator of Porky Pig, Tweety, Sylvester Cat, Sam Whiskers, and Speedy Gonzales) to create the cartoon. He only asked him three things: funny, mute, and pink: And that’s how our panther was born.

The first short, released on December 18, 1964, was the Oscar winner for the best animated short film called The Pink Phink.

The Pink Panther has become one of the most popular and iconic characters of the 20th century. Who doesn’t remember Henry Mancini’s mythical tune? Thanks to his attractive style, he has become a well-known character in many countries without losing an ounce of relevance.