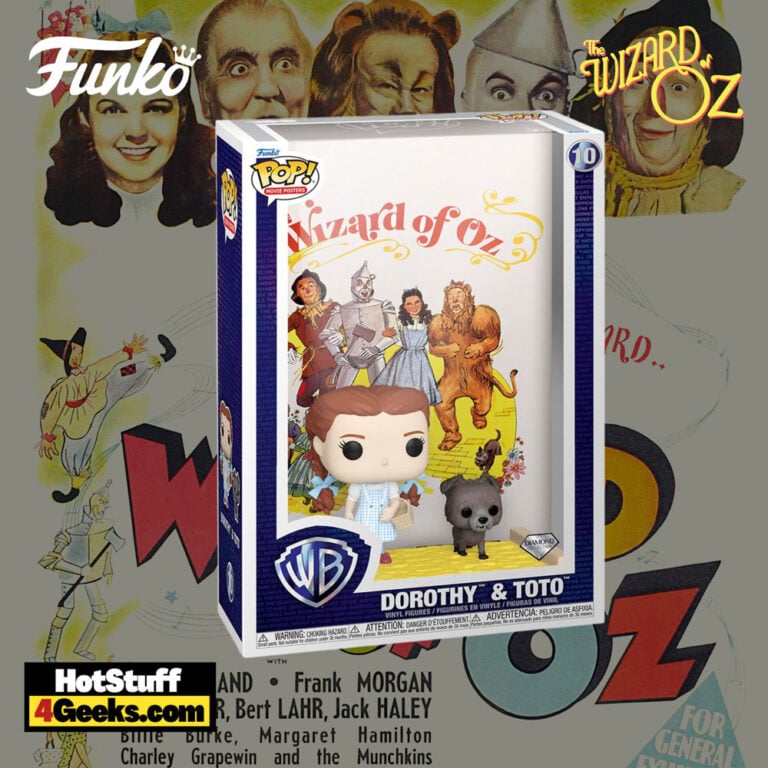 Dorothy Gale is a young Kansas farm girl who dreams of a land “somewhere over the rainbow.” She’s also the star of one of the most enduring musical fantasy films of all time, The Wizard of Oz.

First released in 1939, the film has captivated audiences for generations with its unforgettable songs, delightful characters, and brilliant Technicolor visuals.

So grab your ruby slippers and click your heels three times because you know what? There’s no place like Funko!

The Wizard of Oz Funko Pop! Movie Poster is now available for pre-order at the links below (click to jump!) 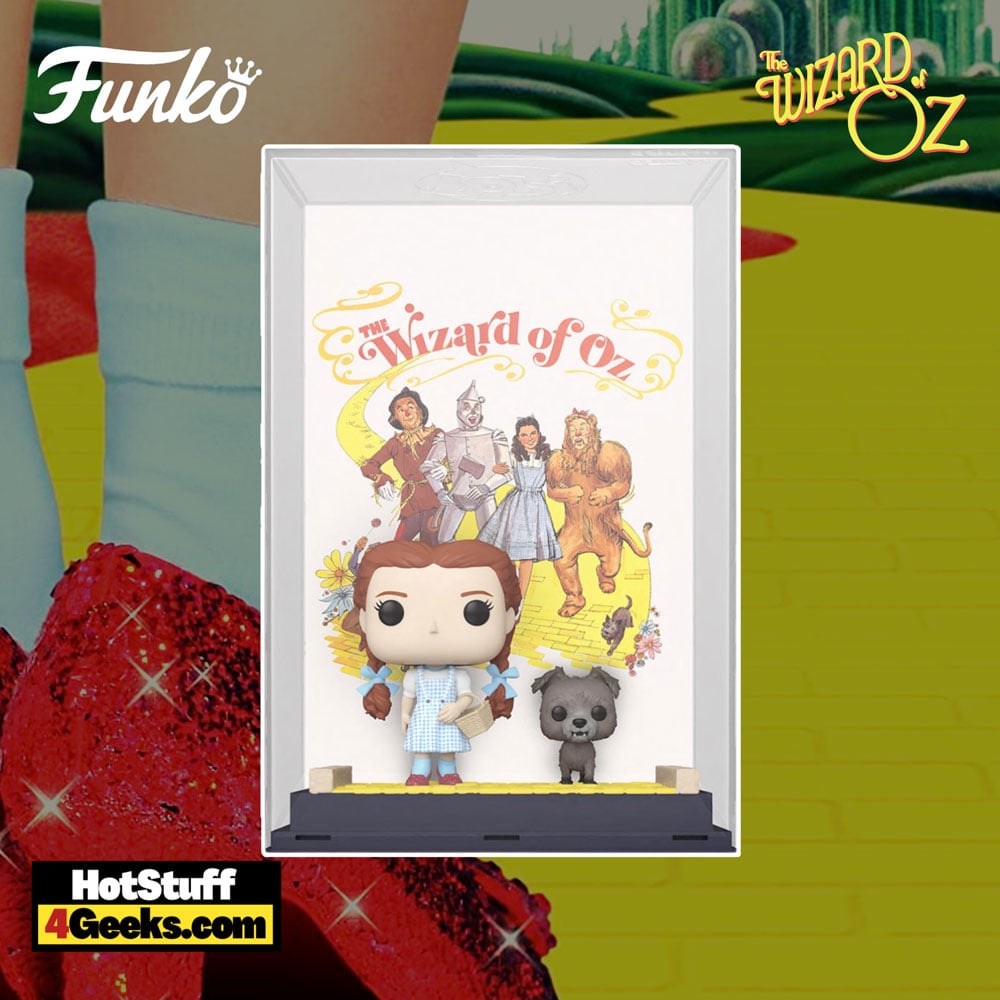 The Wizard of Oz is one of the most beloved movies of all time.

The film, released in 1939, was an immediate critical and commercial success, winning multiple Academy Awards and becoming one of the most iconic films of all time.

Dorothy Gale, played by Judy Garland, is a young girl living on a Kansas farm with her Aunt Em and Uncle Henry.

One day, a tornado hits her farm, and she is transported to the magical land of Oz. Along the way, she meets a Scarecrow who wants a brain, a Tin Man who wants a heart, and a Cowardly Lion who wants courage.

Together, they journey to the Emerald City to meet the Wizard, who they believe can help them fulfill their wishes.

Along the way, they face challenges and overcome obstacles, learning valuable lessons about friendship, loyalty, and courage.

Of course, the Wizard is revealed to be a fraud, but Dorothy and her friends ultimately learn that there is no place like home.

The Wizard of Oz is a timeless classic that charms generations of moviegoers.

While the movie is full of memorable moments and characters, it is also praised for its inventive use of color and special effects.

In addition, the film has had a lasting impact on popular culture, inspiring subsequent generations of filmmakers and storytellers.

Check out more The Wizard of Oz pops here.