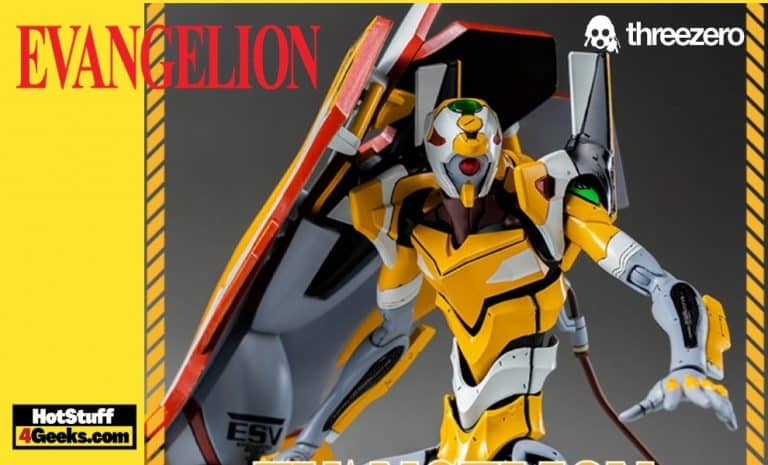 The Robo-DOU Evangelion Proto Type-00 action figure is a non-scale articulated figure that stands approximately 9 3/4-inches tall with a remarkable die-cast metal mainframe that provides 48 points of articulation and includes many interactive features to increase playability.

The Evangelion –  New Theatrical Edition: Robo-DOU Evangelion Proto Type-00 Action Figure by Threezero is priced at $139.99. Pre-orders are already live and can be found at the links below. Its release is scheduled for January 2022. 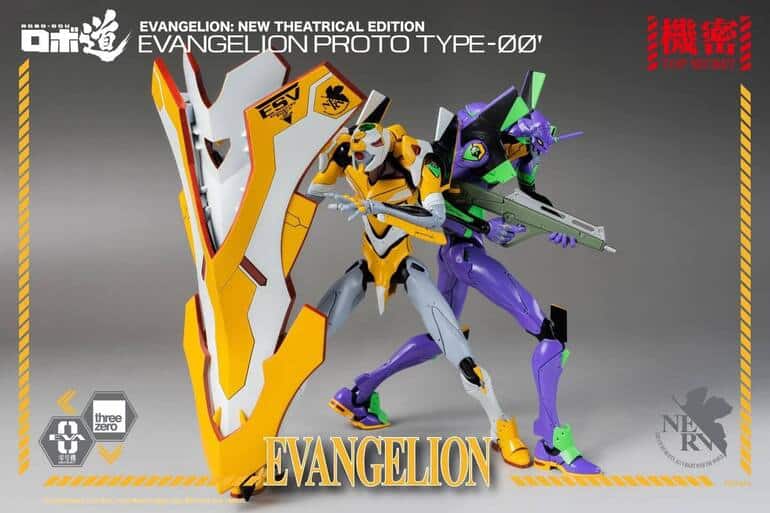 The long-awaited finale of the “Evangelion” franchise has broken the world record for Imax daily box office takings. Released in Japanese theaters on March 8, “Shin Evangelion Gekijôban,” also known as “Evangelion 4.0 Final” and “Evangelion: 3.0+1.0 Thrice Upon a Time,” grossed $7.6 million on its opening day, of which $740,000 came from the Imax circuit.

The film had its release delayed by several months by the pandemic and ended up having an unusual premiere. Despite this, and even facing a curfew that forces movie theaters to close at 8 pm in some areas (including Tokyo), Imax theaters sold out across the country.

Written and directed by Hideaki Anno, the film closes the “Rebuild of Evangelion” series started in 2007, which entirely remade the cult anime series “Neon Genesis Evangelion” for the cinema.

The third film in the franchise had been released in 2012, and the fourth and final film was eagerly awaited by fans.

Created by Anno himself in 1995, the original series had 26 episodes (currently available on Netflix) that followed the story of a trio of teenagers chosen to pilot giant robots, the EVA, in order to defend a futuristic Tokyo from violent alien creatures called Angels.

The plot combined action, melodrama, and metaphysics, betting on character development with existential crises and culminating in a dive into metalanguage in its crazy ending, which is still being discussed today. So much so that it was remade in the film “The End of Evangelion”, in 1997, and now gets its third version.

Among other things, its impact redefined the sci-fi subgenre of mecha (giant pilotable robots), influencing everything that came after, including the American “Circle of Fire” franchise.

Watch the trailer for “Shin Evangelion Gekijôban” below.