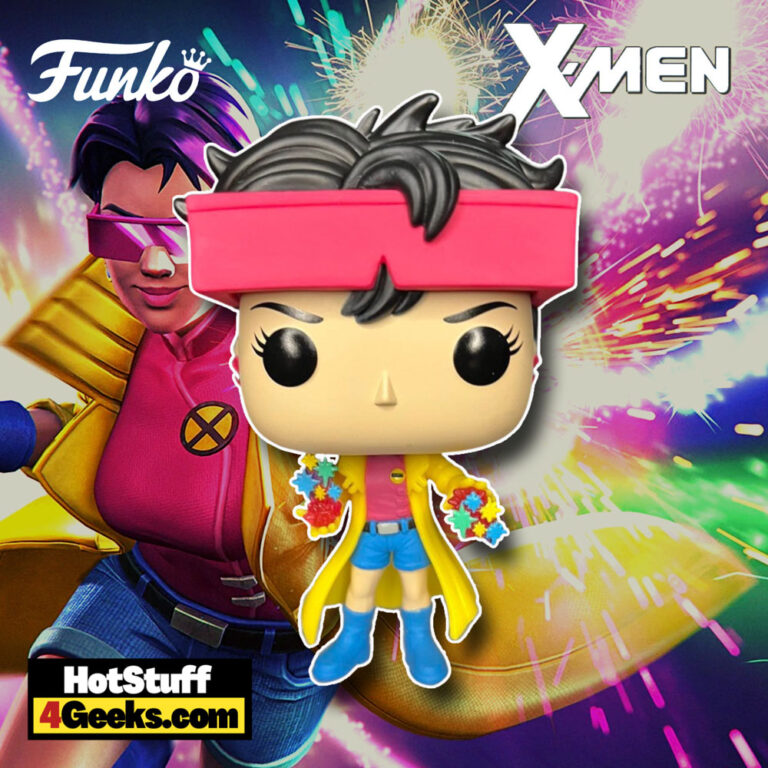 Jubilee is one of the most popular characters from Marvel Comics, and she’s finally getting her own Funko pop!

The new Funko Pop! X-Men: Jubilee Funko Pop! Vinyl Figure – Walgreens Exclusive features the character in her signature oversized reflective sunglasses and neon-colored jacket. The pop figure is now available for pre-order at the links below – click to jump or scroll to continue reading!

Jubilation “Jubilee” Lee is known for her snarky attitude and unique fashion sense, and she’s sure to be a hit with Funko collectors.

Jubilee is also a mutant, meaning she was born with superpowers. Her particular abilities include generating blinding light flashes and creating powerful energy blasts.

Jubilee has been a member of several prominent superhero teams over the years, including the X-Men and the Avengers.

The Walgreens Exclusive Jubilee Funko Pop! is now available for pre-order at the links below (click to jump!)

Jubilee is a smart young woman, very sarcastic and excited about life. She is the daughter of a Chinese immigrant couple but has wholly adapted to the LA way of life.

Jubilee is a typical Malibu girl and a big shopping mall goer. Her vibrant and flashy dressing style proves it!

She went to a good school, although she was a lousy student because she suffers from dyscalculia, a learning disorder in mathematical tasks.

However, she was an outstanding athlete, competing on the Olympic gymnastics team. Outside of school, we could sum up her hobbies as going out shopping.

However, her life changed completely after her parents were mistakenly murdered. So, Jubilee was taken to an orphanage but did not stay there long.

She ran away from the institution and hid in a shopping center she used to go to, stealing food to survive. It was during this time that her mutant powers awakened.

Eventually, she began to annoy the mall’s employees and security guards due to her powers and athletic abilities.

To get rid of Jubilee, the mall hired the services of a group of mutant hunters. Although she managed very well on her own and faced her pursuers, Jubilee was finally captured.

Luckily for the girl, four members of the X-Men – Psylocke, Storm, Rogue, and Crystal – were shopping at the mall when this happened and saved Jubilee.

The girl, in turn, became very curious about these heroines. So she followed them without being noticed, and when they entered a portal, Jubilee also followed.

The portal led to a temporary X-Men base in the Australian desert. Jubilee hid out at this base for several days. From her hiding place, Jubilee watched the base being taken over by the criminal group, the Reavers.

After this battle, the girl wandered through the tunnels and found Wolverine, who had been captured. The hero was on the verge of death, and Jubilee took care of Wolverine until he was better.

This was the beginning of a long partnership between the two characters. Jubilee began to accompany Wolverine on his missions around the world, and the two developed a father-daughter relationship.

Because of her partnership with Wolverine, Jubilee earned a reputation as the hero’s unofficial assistant.