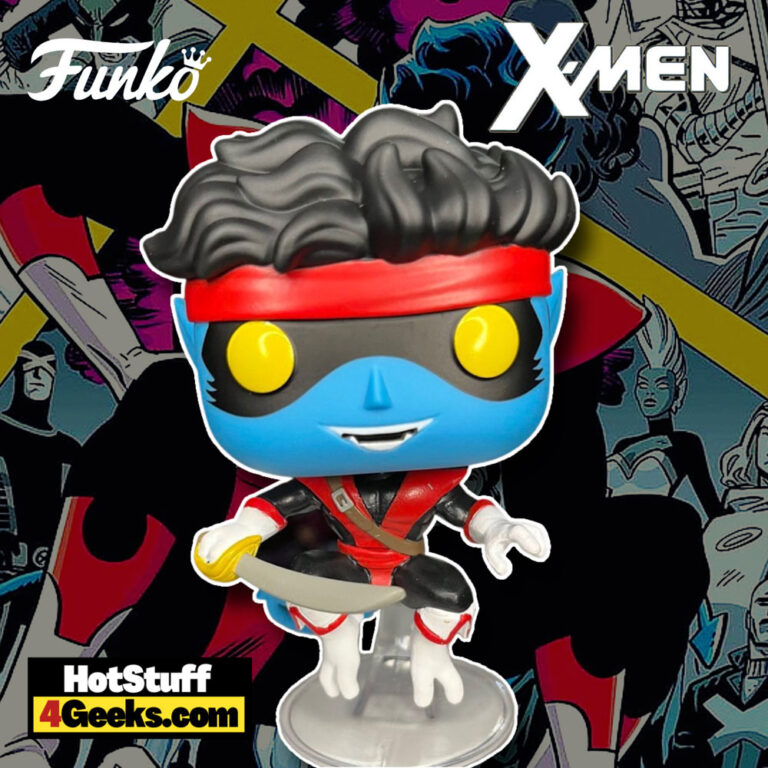 Nightcrawler might look like a demon who’s crawled out of the depths of hell, but he’s actually a pretty nice guy. He’s a devout fellow who’d give you the shirt off his back if you asked him for it.

This new Funko Pop! X-Men: Nightcrawler #1088 Funko Pop! Vinyl Figure – Walgreens Exclusive brings us his collectible version of his appearance in the comics. The pop figure is now available for pre-order at the links below – click to jump or scroll to continue reading!

He may not be the most traditional-looking superhero, but that just makes him all the more unique and lovable. So don’t let his looks deceive you. Nightcrawler is one of the good guys.

In fact, he’s one of the X-Men, a team of mutants who use their powers to fight for peace and justice.

Nightcrawler’s particular superpower is teleportation, which comes in handy when the bad guys are trying to escape or when the X-Men need to get somewhere in a hurry.

He also has some handy acrobatic skills, thanks to his flexible tail.

However, his kind heart and heroic deeds make him a true superhero.

Nightcrawler #1088 Funko Pop! is now available for order at the links below (click to jump!)

As any fan of Marvel comics knows, mutants are individuals who possess superhuman powers. But being a mutant isn’t always easy. Just ask Nightcrawler.

While some mutants, such as Wolverine and Storm, are beloved by the public, others, like Nightcrawler, face discrimination and prejudice.

Nightcrawler was born with several physical abnormalities that made him appear to be more monster than a man.

He was born with a thick layer of dark blue hair, pointed ears, three fingers on each hand, two toes on each foot, and a tail. As a result of his appearance, Kurt was often treated like an outcast.

As you can imagine, this made him quite different from everyone else. And while some might see that as a good thing, Kurt discovered early on that it often caused terror around him.

People would scream and run away when they saw him, which made him feel like a freak. However, Nightcrawler always tried to see the best in people despite his challenges.

He eventually joined the X-men, where he found a family of fellow mutants who accepted him for who he was.

But even now, he still struggles with self-acceptance sometimes.

After all, it’s not easy being so different from everyone else. But Kurt is proof that you can overcome any obstacle…even if you’re born with a tail.

In recent years, Nightcrawler has become one of the most popular characters in the Marvel universe, and his story is a testament to the power of acceptance.