All Resident Evil The Movies Ranked from Worst to Best

Resident Evil videogame was adapted to the cinema and its success was such that it even spawned a movie saga. We watched them all and found the best one. 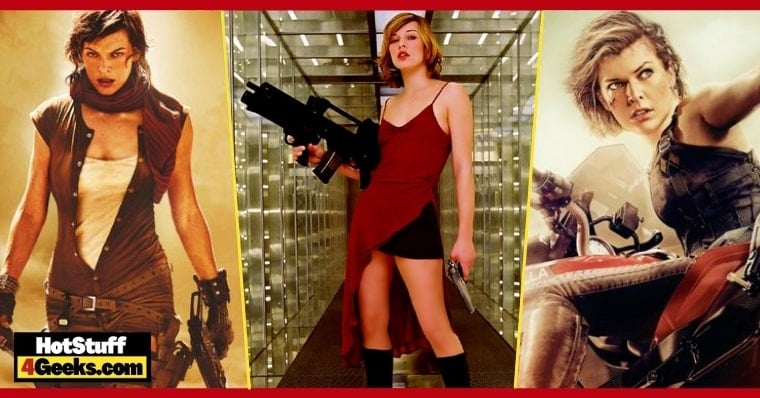 Hollywood first adapted the Resident Evil franchise in 2002. The film was written and directed by Paul W. S. Anderson and starring Milla Jovovich in Alice‘s role, the main character created for the movie version of the story. Despite this, other characters well known to fans of the games appear throughout the series, such as Jill Valentine, Leon S. Kennedy, Ada Wong, and of course, the antagonist Albert Wesker.

The saga is far from great success in quality, although it has been quite successful financially. Still, the adaptation of Resident Evil for theaters has yielded some excellent moments, and at least some of the films guarantee at least some entertainment for the audience.

In this list, you will find all the Alice saga films, listed from worst to best. Ready to get started? 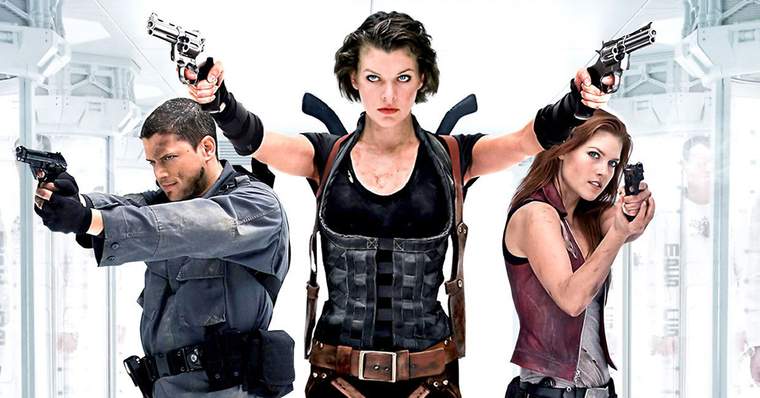 The fourth film in the series may not be completely impossible to watch, but it certainly doesn’t provide a minimally entertaining experience. With a weak plot and characters that are hard to care about, the production ends up being rushed and directionless, becoming just a generic and uninteresting film.

Alice fights against Umbrella using her clone army, which is not a very creative idea employed dully and exaggeratedly. Even the inclusion of Chris Redfield in the theatrical version and his interactions with Claire is far from enough to make the film less boring.

The loss of the protagonist’s powers has no impact on the story, and not all the action in the world can make the film at least entertaining. Nevertheless, Resident Evil: Afterlife was a huge box office success, becoming one of the most profitable movies in the entire franchise. 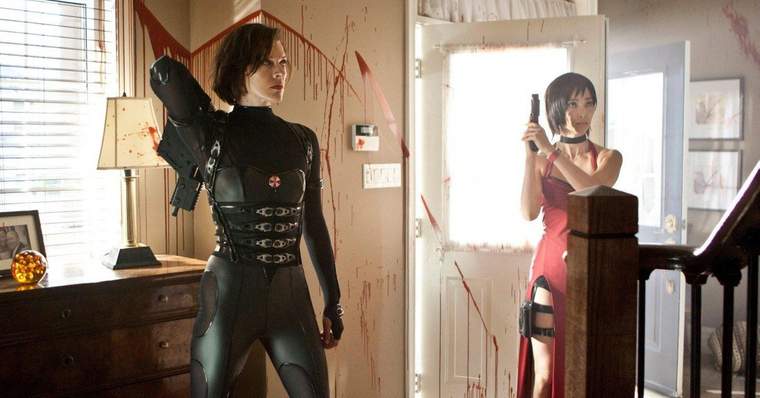 Retribution is the only film in the series that includes Leon Kennedy and Ada Wong, besides bringing back Jill Valentine, but the characters from the games cannot save the production once again.

At times, the desire to include elements from the games even seems to hinder the fifth film in the saga, which tries to put several things together but fails to include them in a coherent or even interesting way. Creatures introduced in the Resident Evil 5 game, for example, are placed in the plot without any explanation, making things even more confusing and overloaded.

It is certainly possible to watch the film. Still, even the entertainment it delivers is weak, with a narrative so uninteresting and poorly written that sometimes the film seems to be made of nothing more than action sequences, one after the other. 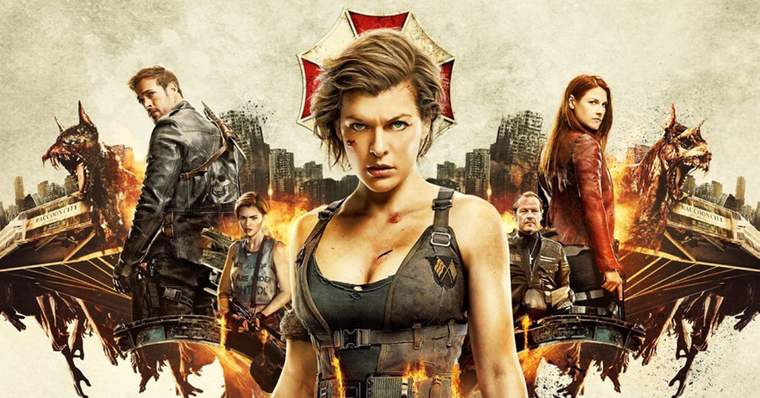 The latest and final film in the Alice saga manages to be a little better than the fourth and fifth, which can still be considered a victory while not a very difficult task. Nevertheless, The Final Chapter fails to be a perfect production and is not even the best of the saga’s titles.

Still, the film at least makes an effort to present some narrative, which is already an improvement compared to its predecessors. The story ends up having too many points, and not all of them are developed or solved adequately, but it is still superior to the lack of any decent development in the worst films of the franchise.

The over-the-top cuts and editing of the film, in general, don’t help, and the narrative certainly has significant flaws, but at least the action itself isn’t bad, and the production has a story, however weak. 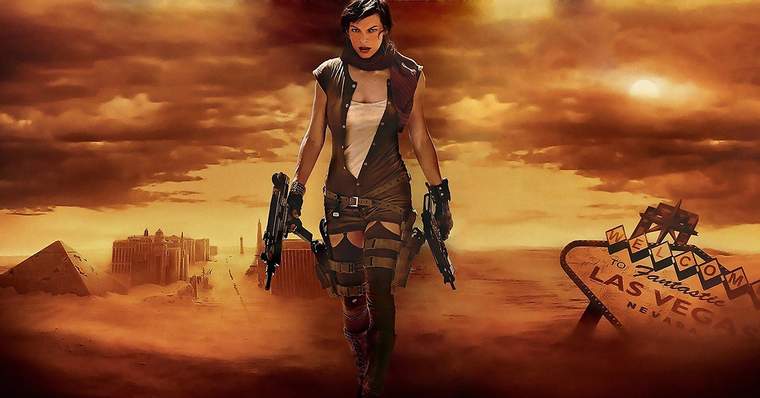 Extinction is the third film in the saga, and one of the few not directed by Paul W. S. Anderson, although he still wrote the script. Russell Mulcahy directs the film, and the plot follows Alice after she escapes from an Umbrella laboratory and develops psychic powers.

The film features the return of Carlos Oliveira, as well as bringing Claire Redfield into the story. While the former is put to even better use by the director, Claire does not do justice to her video game counterpart.

Although the narrative is quite simple, it is maintained throughout the film, without making the plot complicated in a wrong way and poorly developed as the titles of the saga that came later. The action sequences are impressive, and the group of survivors minimally sympathetic. All these elements create a work that entertains and adapts some of the Resident Evil franchise’s most characteristic points. 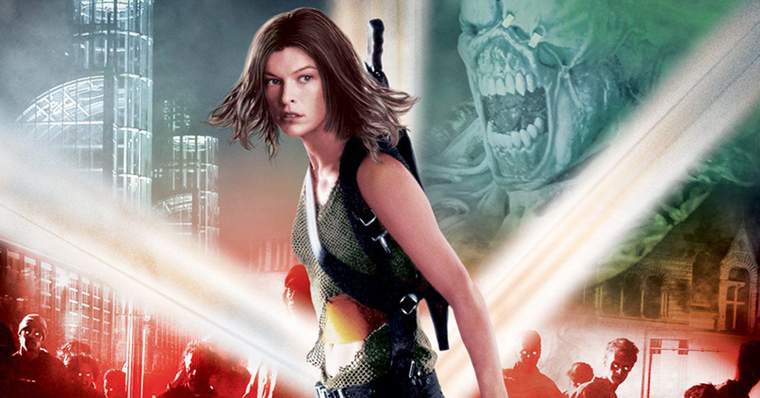 Anderson continues on the franchise script in the second film, although Alexander Witt directs it. The production is more coherent than those that succeed it. It brings some characters from the games much beloved by the audience, primarily through Jill Valentine and Nemesis‘s introduction.

The games’ connections positively contribute to fans having more investment in the story and caring more about the characters, even when the characterization diverges from what is found in the video games. Despite this, the film also has its bad and ridiculous moments, although they do not compromise the entire production.

Even though it is closer to the action and sci-fi genres than its predecessor, the second film in the saga manages to stay anchored in the apocalyptic scenario created by the zombies while working to remain more than just action being one of the best films in the series. 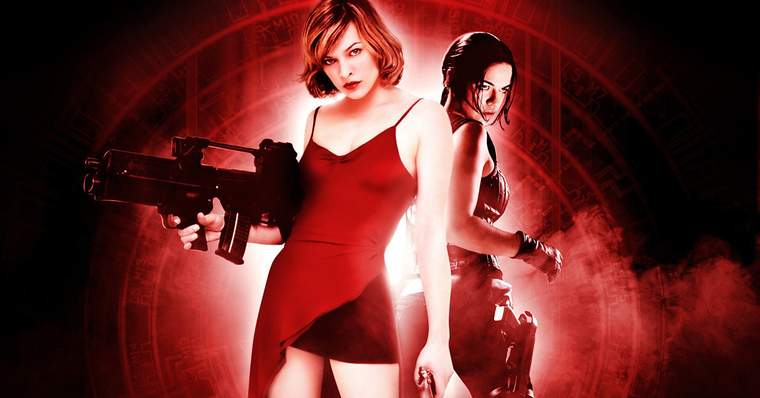 Despite being the beginning of the franchise, being followed by five other films, Resident Evil remains the best title in the saga. The production suffers from straying too far from the original material but manages to stay cohesive, with a more concrete narrative and without being too ambitious.

Although it’s not what the fans wanted, and even though the film could have been better had it stayed more faithful to the plot of the games, much of it manages to keep a good pace and benefit from the more horror-oriented tone than the action.

The film’s final part leaves something to be desired (as is the case with most films in the series), but the narrative is still relatively good. Despite its problems, the title managed to introduce Resident Evil to an audience beyond the games and succeeded in paving the way for an entire franchise.