We search for the most terrifying Star Wars characters and found there's no shortage of evil in the galaxy. You wouldn't want to be in the same room with them! 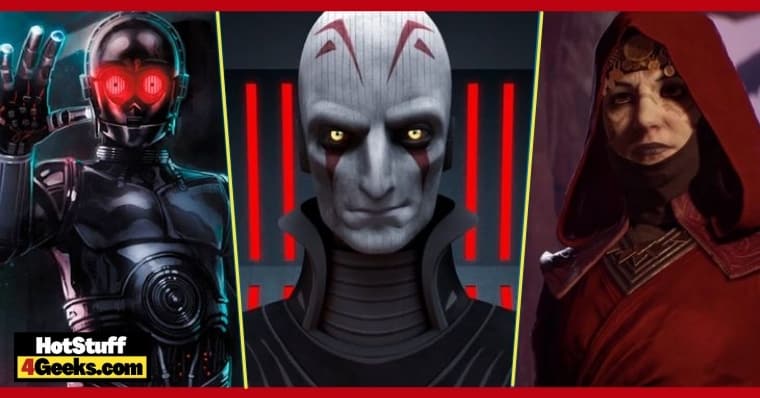 The Star Wars Universe is full of hazardous creatures ready to destroy you at the first opportunity. But while creatures attack out of instinct, people can have much darker motivations.

Knowing this, we decided to go way beyond the movies and scour the darkest corners of the galaxy for the franchise’s scariest characters. They are humanoids and androids with terrifying abilities and a particular pleasure in causing suffering. I wouldn’t want to meet them in a dark alley on Coruscant! 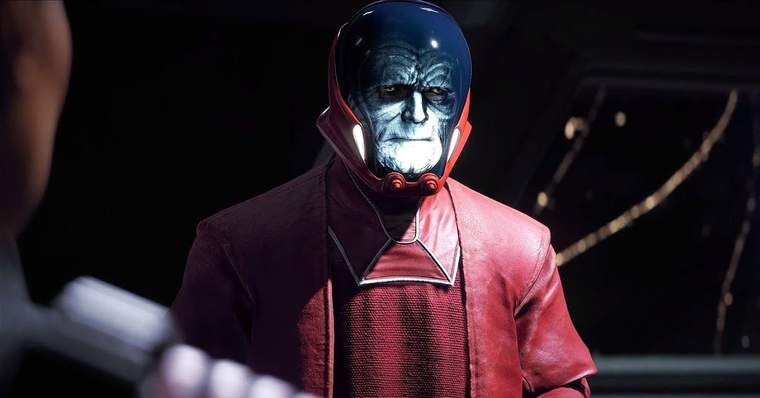 The Emperor’s death may have taken the galaxy by surprise, but Sheev Palpatine is always one step ahead. Anticipating his inevitable end, the tyrant devised an atrocious plan to ensure that the Republic would not win even in his defeat. And the emissaries of this ultimatum were the Messengers.

They were reddish droids that looked very much like a person, but their faces were an empty glass that showed a smoky interior. When they found loyal servants to execute their plans, they required a blood covenant to make their summons official. They may not be dangerous on their own, but their interplanetary destruction with Operation: Cinder has taken the sleep of countless people, such as Migs Mayfeld of The Mandalorian. 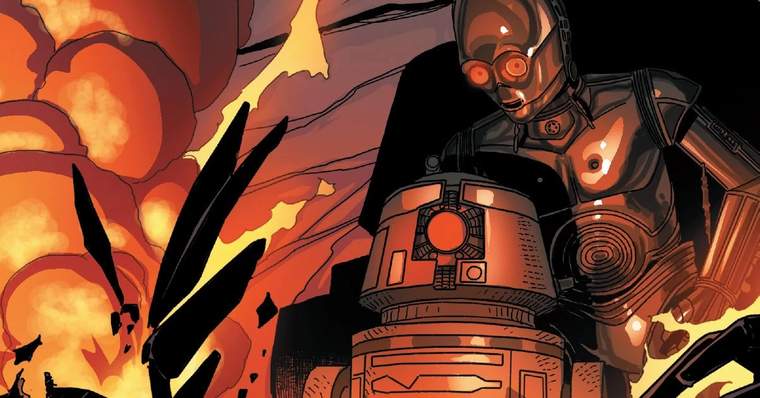 While the Republic has the polite droids C3PO and R2D2, the dark side has Triple-Zero and BT-1: the most bloodthirsty in the entire galaxy. Both were created by the Tarkin initiative but did not have their personality matrix upgraded due to the first Death Star explosion.

Consequently, they have become droids that find great pleasure in torturing and murdering organic life forms. BT-1 hides enough weapons to bring down a planet, perfect for a quick kill. But 0-0-0… This one is truly terrifying, as he will torture you to death by shouting threats with as much politeness as C3PO. Triple-Zero, the psychopathic protocol droid, takes immense pleasure in human pain. 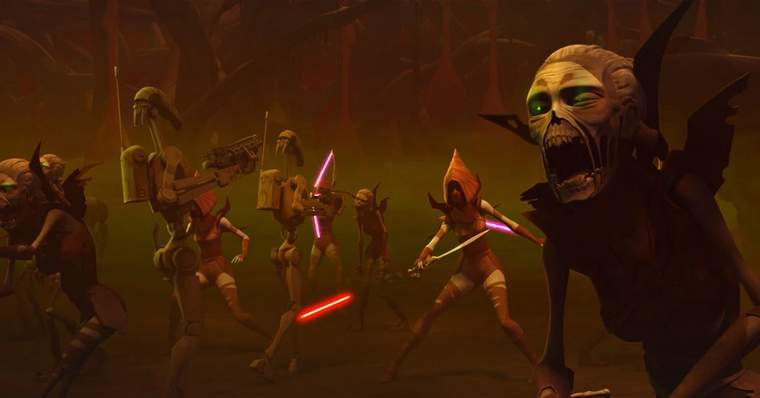 The great Sith Lords are scary enough with their forbidden ways of manipulating the force, but at least they are minimally known ways. Hidden in the depths of Planet Dathomir, the same planet where Darth Maul came from, are the Nightsisters – witches who use the force in mystical and unpredictable ways.

Besides living on a swampy planet and possessing the ability to summon a small zombie army, the Nightsisters can create terrifying illusions to confuse their enemies. The grand matriarch of the group is Mother Talzin, who will do anything to protect her daughters. They remind me a little of Lady Dimitrescu and her vampires from Resident Evil Village. 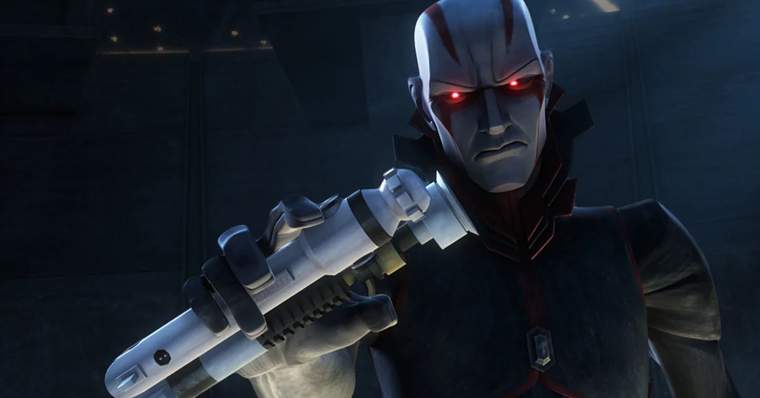 The Son of Mortis is the incarnation of the Dark Side. With eyes always glowing a deep red, he only needs to reach a place to turn it into pure darkness.

His greatest pleasure is to change his form to relive his victims’ most significant traumas, leading them to turn to the dark side. But in truth, the Son is a tremendous spectral gargoyle capable of bringing out the worst in every person. In “Altar of Mortis,” he even corrupts Ahsoka until she becomes a mere puppet of the dark side. 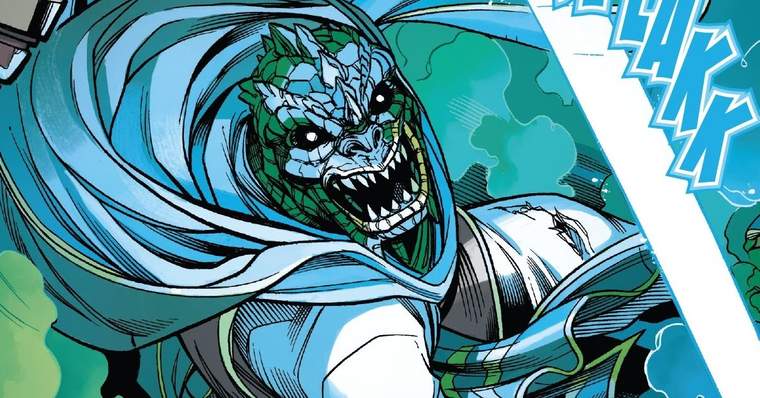 Even good guys can have a scary side. We meet the Jedi Order’s peak in the High Republic era – the most powerful members who have ever patrolled the galaxy. Among them, there is something entirely wrong with Jedi Master Sskeer.

While helping the newly trained Keeve Trennis on a mission, he ends up losing control, revealing a whole lot of rage and angst. As Master Yoda always said, this kind of anger is the path to the Dark Side. Sskeer has lost an arm during the Battle of Kur, where he also lost his close friend, Jedi Master Jora Malli. When he gets glimpses of this traumatic moment, his eyes go completely white, he loses focus and kills everything in his path. It is brutal and not at all advisable for a Jedi. 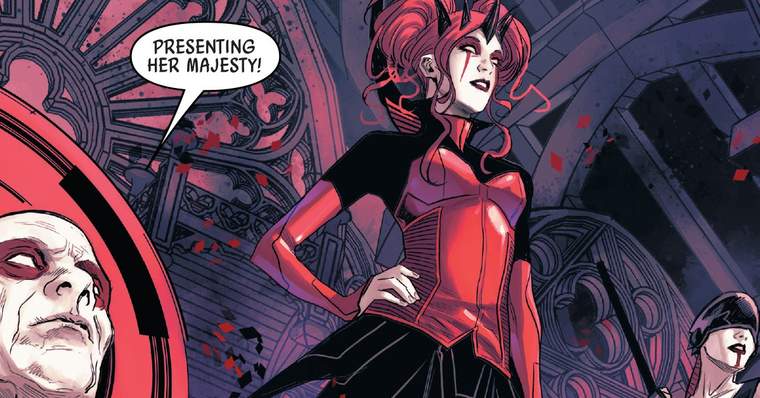 Queen of Ktath’atn is a Force-sensitive and sentient abersyn symbiote. Once a year, she shows up wanting to meet interesting organic life forms in exchange for favors. Of course, this noble hostess doesn’t just choose her guests for coffee – she plans to invade their minds to drain all their vital energy.

This is exactly how she maintains her powers: by draining all the residents’ lives in the vicinity of her citadel. Anyone who dares to challenge her must still face a small court of deadly warriors controlled like a beehive. Her white eyes and tears of blood, and her aura of reddish squares, are actually signs of infection from the most dangerous parasite in the galaxy. 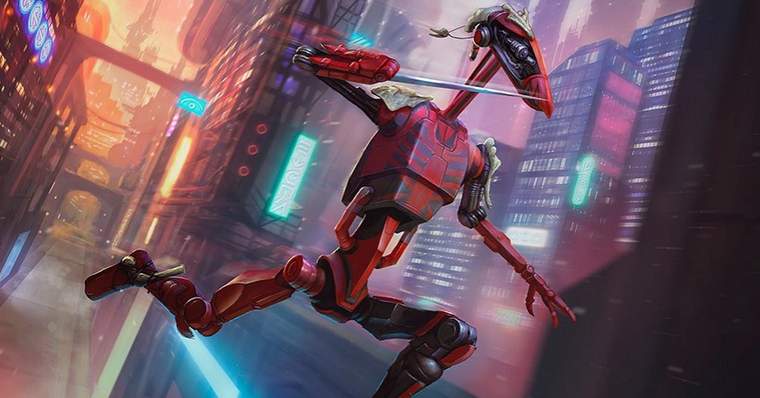 Mister Bones was built to be scary. On the remote planet of Akiva, Bones was assembled by young Temmin Wexley using parts from war droids destroyed in the Clone Wars. The boy needed a bodyguard and created a patchwork droid by combining sawed-off and semi-functional elements: thus, Mister Bones was born.

Everything about him was designed to cause panic in his adversaries and intimidate smugglers in small Temmin’s trades. The boy has even installed a hyper-violent personality matrix that will do anything to protect him: break bones, crush organs, and whatever else is necessary. To top it all off, the droid is covered in bones that make a dreadful crackling sound when he moves – the last sound his enemies will ever hear. 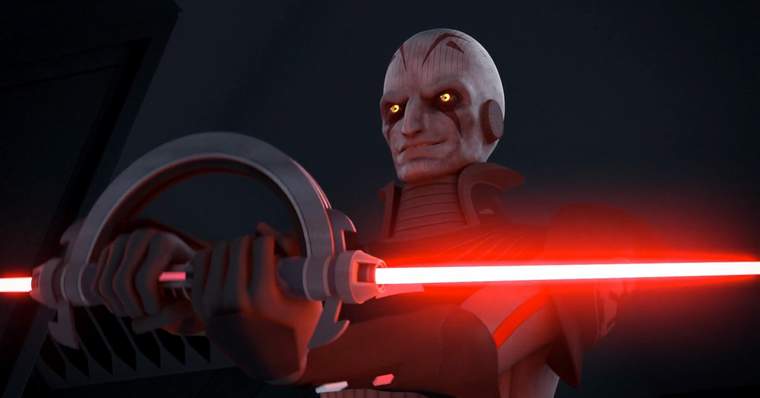 Almost all the Jedi in the galaxy were wiped out when Emperor Palpatine established Order 66, but not all. Someone needed to hunt down the survivors to put a definitive end to the Jedi Order – and so the Grand Inquisitor emerged.

Under the direct order of Darth Vader, his piercing yellow gaze will be the last thing the Jedi of the galaxy will see before they die. The Grand Inquisitor uses a spinning double saber that allows him to attack as if using a large saw of spinning lasers – a highly aggressive, lethal, and painful combat style. 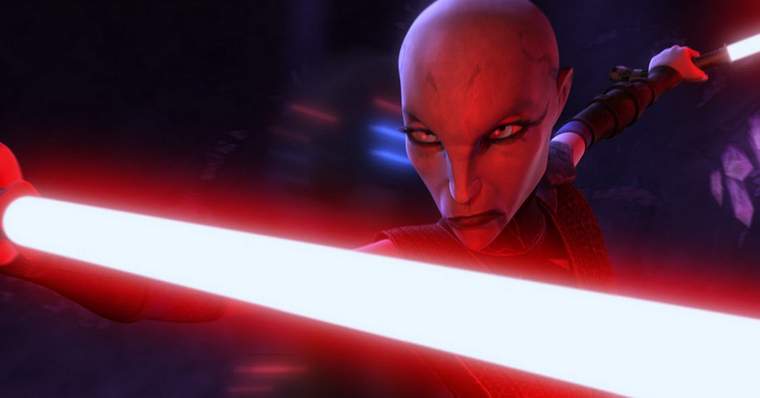 Nothing scarier than a betrayed woman, right? Especially if that woman is a former Sith apprentice. Asajj Ventress is the most dangerous assassin of the Clone Wars era. Besides being trained on the dark side, Asajj also knows the mystical secrets of the Nightsisters and the secrets of the bounty hunters – an efficient killing machine.

Her true intentions cannot be predicted, which makes her even more frightening. As an ally, she will clear your path without the slightest problem, but should she decide that it is more advantageous to betray you… Better prepare a nice prayer. 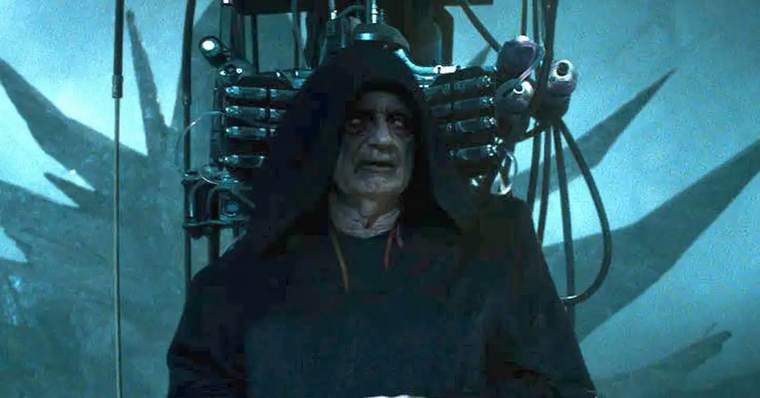 If Palpatine’s messengers already aroused fear, the fearsome Darth Sidious was much worse. He already produced dark feelings when he ruled the Galactic Empire, but not even death could stop him. Supported by machinery, falling apart, what is left of Darth Sidious is a lifeless clone controlled by the Dark Side’s perverse desire for triumph.

There is not a shred of life in this creature, not a trace of humanity. He has been entirely corrupted by greed and can be considered neither alive nor dead. It is a cosmic entity determined to regain power by any means necessary, and no price is high enough to pay.