Who is Steppenwolf? All About the Mighty Powerful DC Villain

Steppenwolf just got a whole lot better in Zack Snyder's Justice League! Learn all about DC's cosmic villain in the comics and adapted versions. 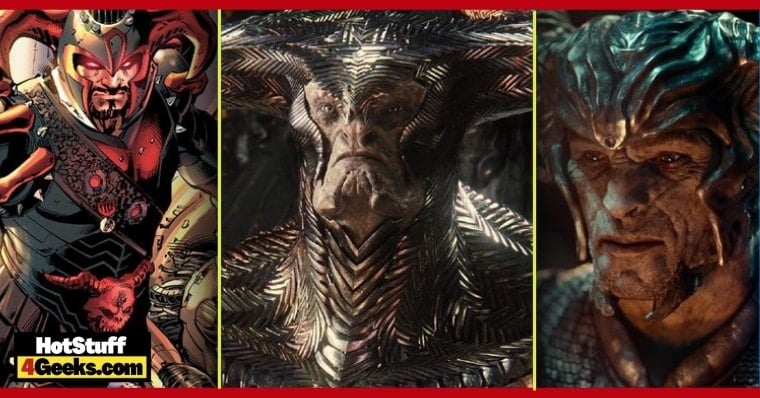 Even though he’s not the most popular of DC Comics villains, the Steppenwolf has gained a lot of recognition in recent years for being cast as the main enemy in the first Justice League movie. Now the character is returning in his full glory in Zack Snyder’s Justice League, as was initially planned by the director.

Besides getting a new look, the character has more developed traits in this new extended version. However, do you know the villain beyond his appearances in the movies? Do you know who he is in the comics and what his powers are? Don’t worry, here we have listed everything you need to know about the Steppenwolf! 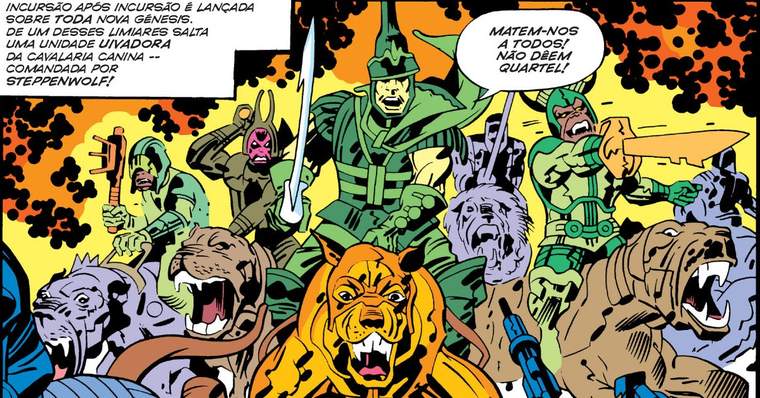 The Steppenwolf was created by Jack Kirby as part of his Fourth World and first appeared in DC Comics in February 1972, in New Gods #7.

In his first debut, he had a very different look. Besides looking more “human” than his movie version, he wore a green outfit with a helmet, sporting a single horn on his head. He was only shown in flashbacks, always as one of Darkseid‘s right-hand men, doing everything for the Apokolips’ leader.

The Family Connection With Darkseid 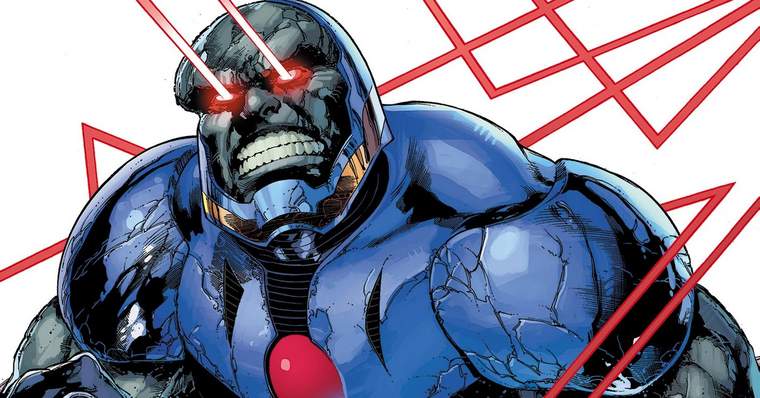 Steppenwolf is the younger brother of Heggra, the mother of the tyrant of Apokolips, which makes him Darkseid‘s uncle. Despite this, the two rarely interact. It is as if they are not part of the same family but only allies in the same army.

Actually, Steppenwolf is seen more as a handyman, always acting to help Darkseid in his conquests through the universe. He is part of the tyrant’s Elite Squad and works as an emissary who “prepares the ground” for his nephew’s arrival. This could be seen in Justice League, where he functions as an agent from Apokolips. 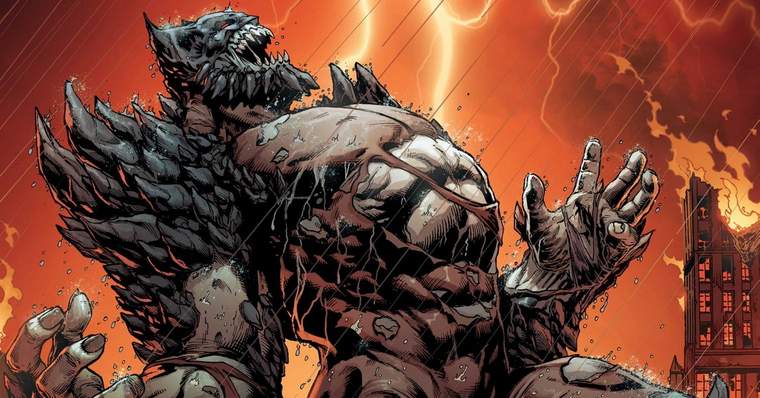 Interestingly enough, Steppenwolf was one of the first survivors of an attack by Apocalypse, the beast that has already killed Superman in the comics. Everything happened when he and Darkseid went to the planet Bylan 5 and found the terrible beast destroying everything in its path.

Apocalypse kills one of Darkseid’s most faithful servants, which makes Steppenwolf plan a way to escape. At first, Darkseid refuses and tries to face the beast, but Steppenwolf teleports himself and his nephew in time. The two then agree never to mention the event again. 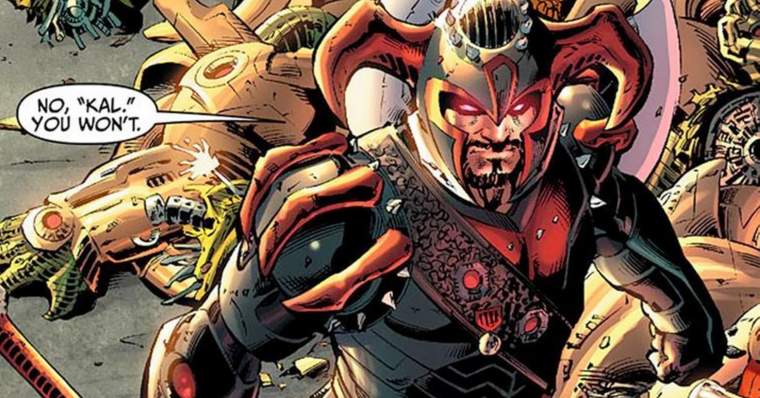 The character was also introduced in DC Comics’ New 52 as one of Apokolips’ leading generals, who initially tries to invade the Earth by Darkseid orders. After being repelled by the planet’s heroes, such as the Justice League members, he hid on Earth-2.

During the New 52 arc, the Steppenwolf appeared on Earth-2 to confront Kal-L (Earth-2 Superman), Batman, and Wonder Woman. And shockingly, the villain managed to kill Diana Prince by running a sword through the heroine’s body.

Later, in this same arc, we learn that the Steppe Wolf was even able to convince Kal-L to ally with Darkseid… Now that’s a convincing guy! But that’s not all, as he develops an unconventional love relationship… 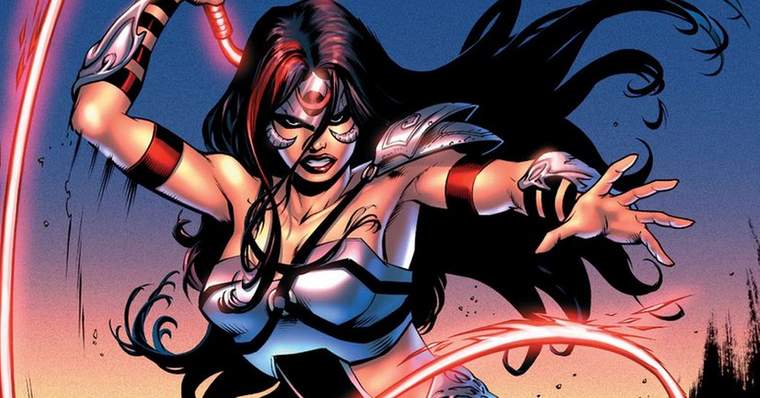 Before killing Wonder Woman of Earth-2, Steppenwolf has a daughter named Donna, receiving Fury’s alter ego. Being the daughter of an Amazon and a New God, she is mighty and becomes a great warrior in her father’s service.

Originally introduced as a villain, Donna is trained by the Big Barda and becomes a hero with Mister Miracle‘s help, disowning her father’s origins. The character is known for a red costume reminiscent of Orion‘s and Apokolips Furies‘ most potent creature. 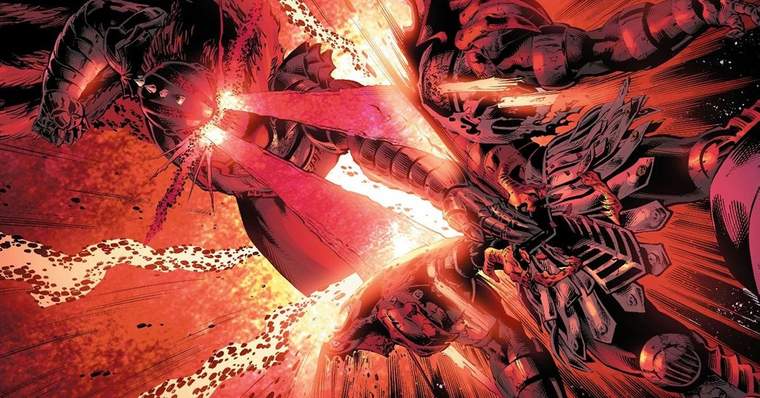 Also, in the New 52, the character met a brutal end. After the invasion of Earth-2, he goes into hiding while a $300 million bounty is placed on his head. He is pursued and hunted by several mercenaries and ends up being defeated by a peculiar enemy.

Steppenwolf dies at the hands of Brutaal, who uses his solar rays to decimate the New God. Curiously, Brutaal had already been hired as a soldier by Steppenwolf himself, who had made him fight for Darkseid and Apokolips while he was still conducting his invasion.

The Source is the Origin of his Power 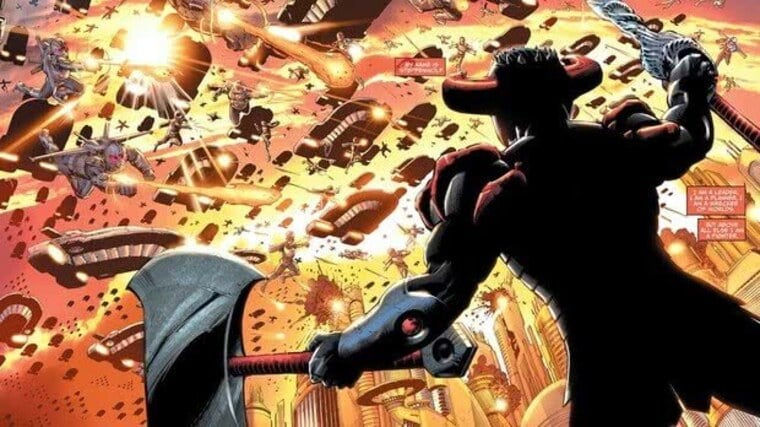 Their power originates from The Source, an entity responsible for creating the entire DC Comics Multiverse. Their bodies are thus filled with energy, making them stronger, faster, and wiser. Many of them are even considered immortal.

The Steppenwolf is no exception. Besides the super-strength, super-speed, and super-intelligence he possesses, he is also considered invulnerable, immune to any attack and immortal, because he doesn’t age or degrade. 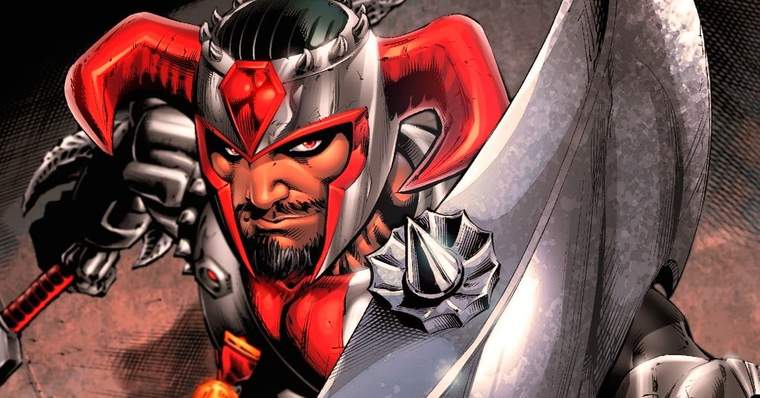 Steppenwolf has thousands of years of combat training and has mastered every fighting style you can imagine. Also, he can handle any weapon and drive any vehicle. There is basically nothing he can’t do.

Despite being extremely powerful, Steppenwolf also resorts to the use of weapons, never parting with his “Electro-Axe.” However, he is also often accompanied by a super-strong rope, capable of trapping any opponent.

As if all this were not enough, his body is protected by a virtually indestructible armor made of a mysterious metal forged in the fiery fires of Apokolips. 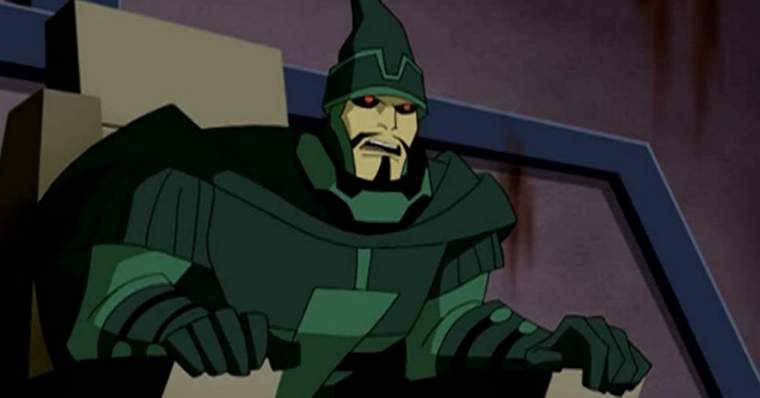 Before appearing in all his glory in the DC Comics Extended Universe, the Steppenwolf had already been introduced previously in other adaptations – mainly in the animations. He has already been part of the 1996 Superman: Animated Series and the Justice League series in a brief special appearance.

Steppenwolf has also shown up in drawings with Batman: The Brave and The Bold and in Justice League Action, in much smaller participation. He has only been seen as a playable character in the fun and unpretentious LEGO DC Super-Villains Game. 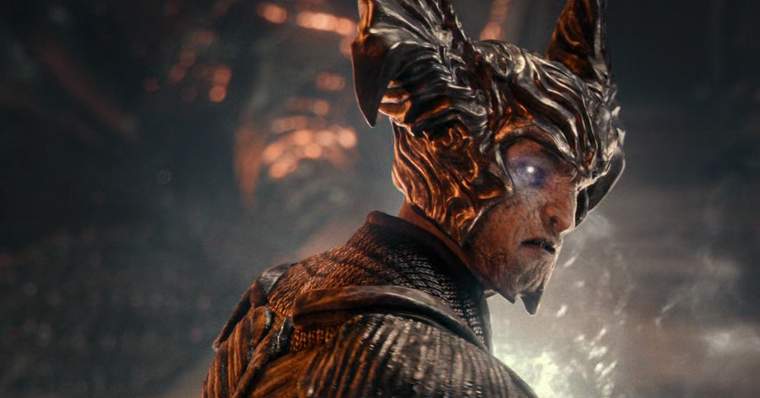 In 2016, Steppenwolf took shape for the first time in the DC Comics Extended Universe. He was actually in a deleted scene from Batman v Superman: Dawn of Justice, which later incorporated into the film’s extended version. In the scene, we see Lex Luthor “talking” to a Steppenwolf hologram.

In 2017, he returned as the central antagonist in Justice League, played by Ciarán Hinds. In the film, he is a commander in Darkseid‘s army and leads a horde of Parademons on Earth searching for the Mother Boxes. In this version, the character has undergone several visual changes under the direction of Joss Whedon. 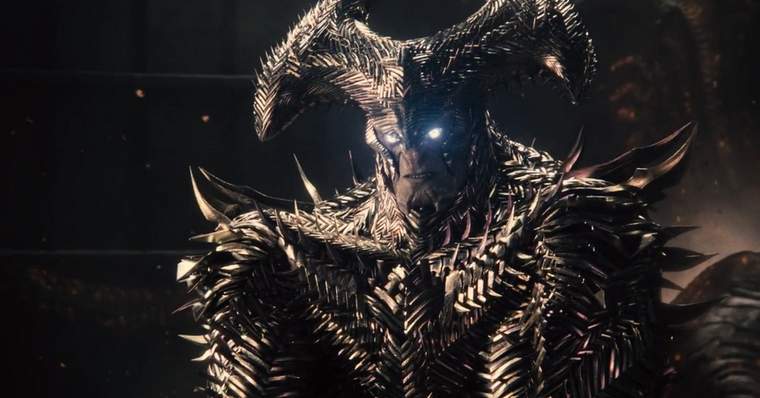 The character is also back in Zack Snyder’s Justice League, the restored version of the film with more than 2 hours of alternate and additional scenes, totaling four hours in length. In this new version, the Steppenwolf looks closer to what we had seen in Batman v Superman’s deleted scene.

The villain’s story is also more fleshed out and imposing but ultimately meets a much more brutal end at the Justice League members’ hands, especially Aquaman, Superman, and Wonder Woman.