14 The Falcon and The Winter Soldier Easter Eggs – Episode 3

We are halfway through The Falcon and the Winter Soldier. Three episodes have gone by, and only three remain for the miniseries to come to an end. However, the third episode was also the most explosive and intense, with many action scenes, character development, and surprising special appearances.

We still had room for several mentions to other Marvel Cinematic Universe movies, comics, and other pop culture hits in the middle of all this. That’s why we have selected all the easter eggs and references we found in the third episode of Falcon and the Invernal Soldier.

If you think you’ve found another one that isn’t on the list, let us know.

The Effects of Endgame 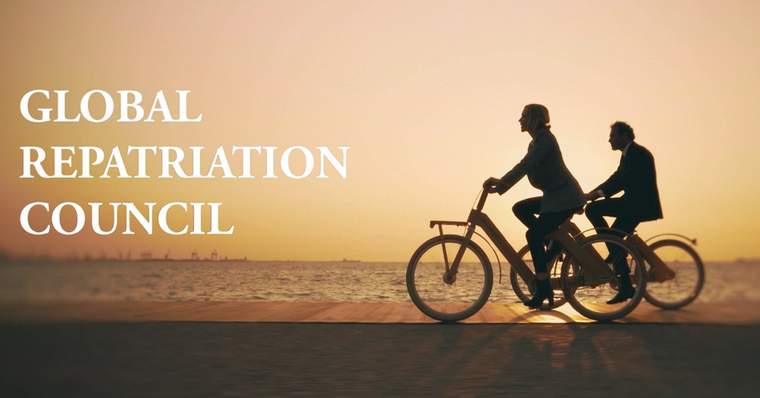 The episode opens with a commercial from the “Global Repatriation Council,” an organization dealing with the return of half of Earth’s inhabitants after the events of Avengers: Endgame. With that, we return to how vital the film will be to Marvel’s Cinematic Universe.

Through some of the themes established in the episode, we realize the planet has narrowly missed going into total collapse twice, either by the deaths of billions of people or by their abrupt return. This helps to delve a little deeper into the entire Thanos saga’s social and political effects on the franchise. 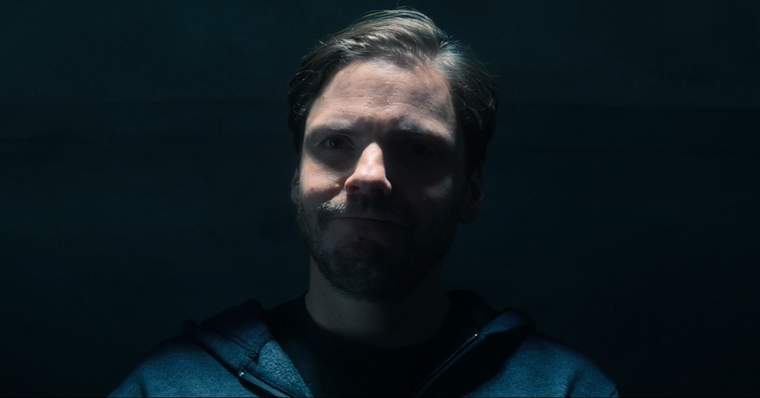 After making a brief appearance in the first episode, Zemo is back in full force in The Falcon and the Winter Soldier’s third episode. And when he appears, we get an immediate connection to Captain America: Civil War, related to a dark moment in Bucky’s history.

He appears to speak disconnected words, such as Longing, Rusted, and Seventeen. Fans know that’s HYDRA’s mental command to make Bucky entirely obedient to their orders so that he could become the perfect killing machine.

References to other Marvel Movies 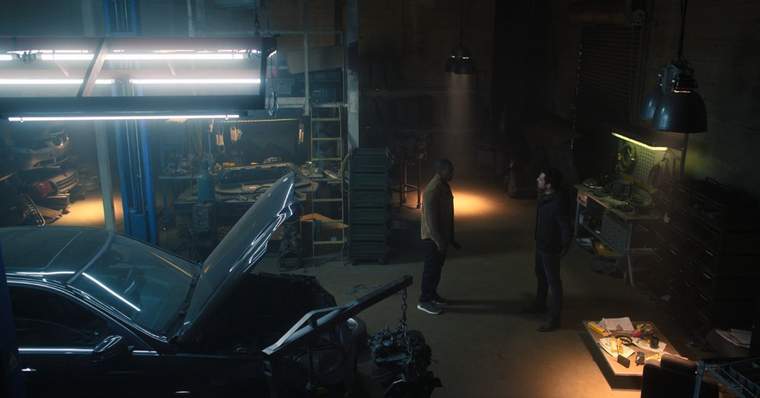 The episode doesn’t stop at references to Avengers: Endgame and Captain America: Civil War. More attentive fans may recognize connections to other films. For example, at one point, Falcon talks a bit about the events associated with Civil War and the later films.

We have strong ties to Black Panther, as the nation of Wakanda is mentioned, and an important character appears. Finally, we also have further mentions of everything that happened in Avengers: Age of Ultron, especially the fall of Sokovia. 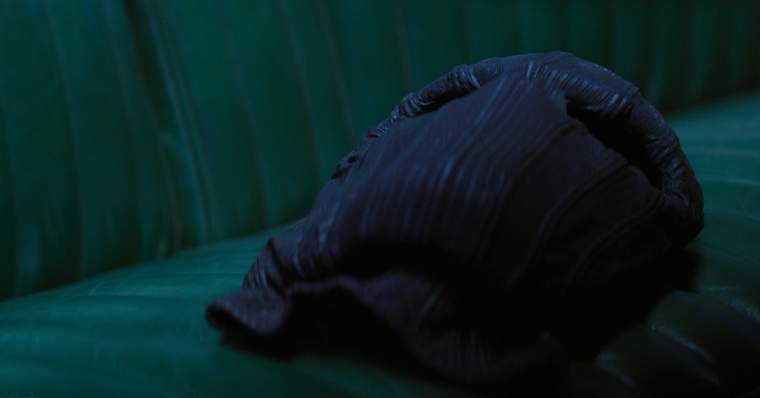 When Zemo leaves with Falcon and Winter Soldier to get to his private jet, he first passes a garage full of his family’s old cars. In one of the cars, he finds a purple mask full of raised stripes.

In the comics, the mask is an essential item in the character’s appearance. Helmut Zemo wears a purple mask to hide his disfigured face due to the Adhesive X, a highly adhesive substance. Both Helmut and his father, Heinrich (the original Baron Zemo), wore the mask for the same reason. 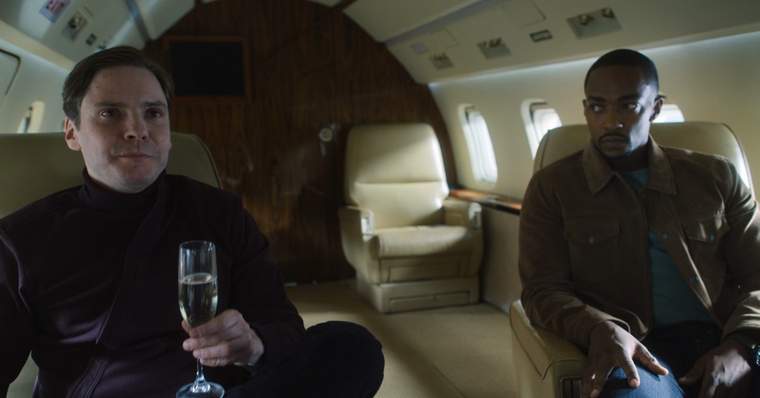 Speaking of other classic comics details, we can’t forget that the character finally reveals his title. He is not just Zemo, as originally introduced in Captain America: Civil War. He is Baron Zemo.

His family owned several titles, properties, and wealth in Sokovia. Much of this was lost when the country was turned into a meteor at the end of Avengers: Age of Ultron, but Zemo kept a portion of his wealth, continuing his family’s legacy. 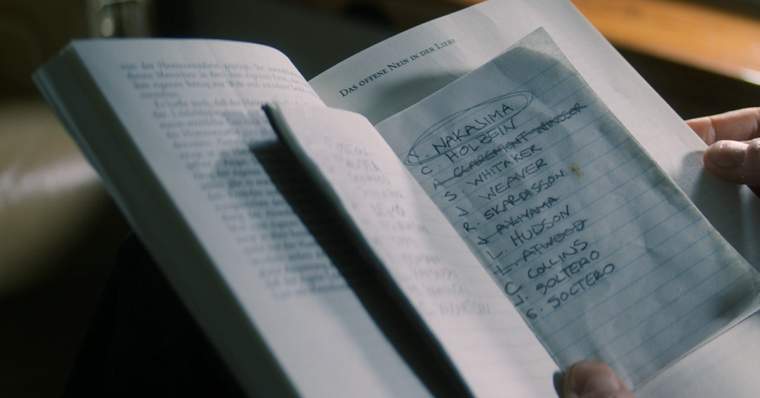 This week’s episode confirms a theory that fans have had for some time: the notebook that Bucky Barnes uses to write down the names of people he has hurt or connected to HYDRA is the same one that Steve uses in Captain America: The Winter Soldier.

In the book, we had several references to pop culture and other things that Steve needed to know after he “woke up” in the 21st century. Throughout the episode, they also quote Marvin Gaye‘s 1972 album “Trouble Man” and how Steve liked the album. 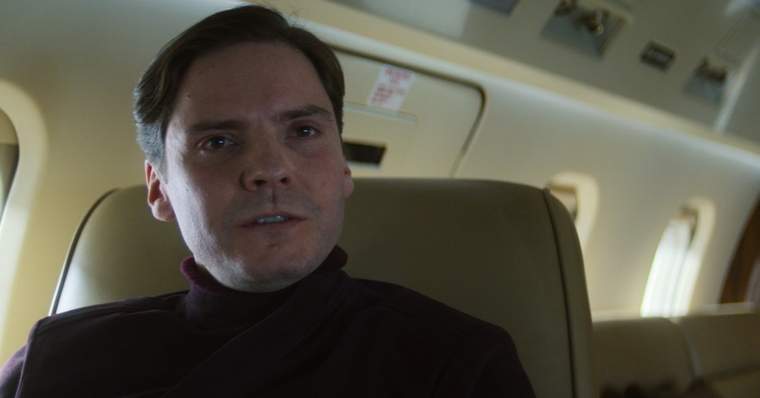 In the episode, Bucky Barnes and Sam Wilson talk to Helmut Zemo about what has been happening with the Stateless in Eastern Europe. They talk about how a new version of the Super Soldier Serum is freely replicated worldwide, creating new superpowered beings.

It is here that Zemo makes a direct reference to the events of Captain America: The First Avenger by citing another “experiment” with the serum that went very wrong. He warns of the dangers of having other villains like the Red Skull roaming the world. 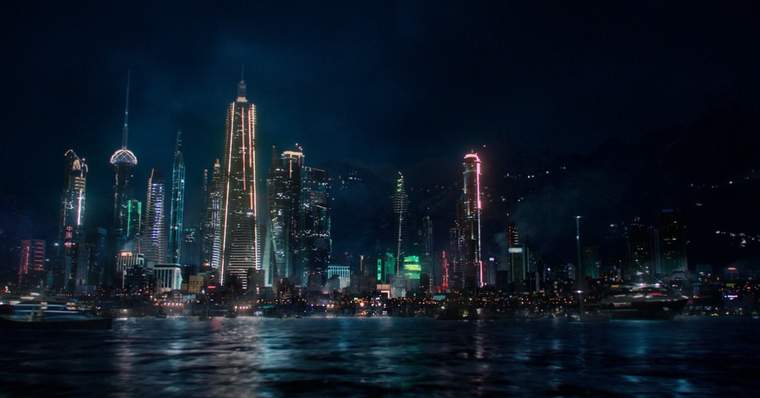 In the comics, Madripoor is an island connected to the X-Men and Wolverine, having appeared in several of the hero’s stories and has been under Madame Hydra‘s control for quite a long time. The island is in Southwest Asia and is a haven for pirates, criminals, and thieves.

The place has a lot of social inequality and a highly armed population. In the episode, we see some of Madripoor’s established locations in the comics, such as the Princess Bar and the Bronze Monkey. Fox previously owned the location but was brought into the MCU after the studio’s sale to Disney. 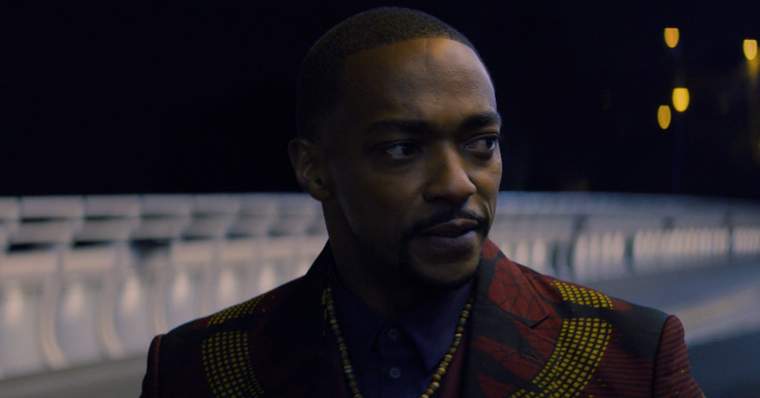 Now, pause for a pop culture reference that makes a lot of sense today. When Zemo mentions the island of Madripoor, he makes Bucky quite nervous, and while making a joke about the place, Sam Wilson, the Falcon, mentions Skull Island.

For those who aren’t a big fan of giant monsters, this refers to King Kong‘s habitat, a barren island inhabited by terrible monsters and even dinosaurs. The island recently appeared in 2017’s Kong: Skull Island and in Godzilla vs. Kong, released this year. 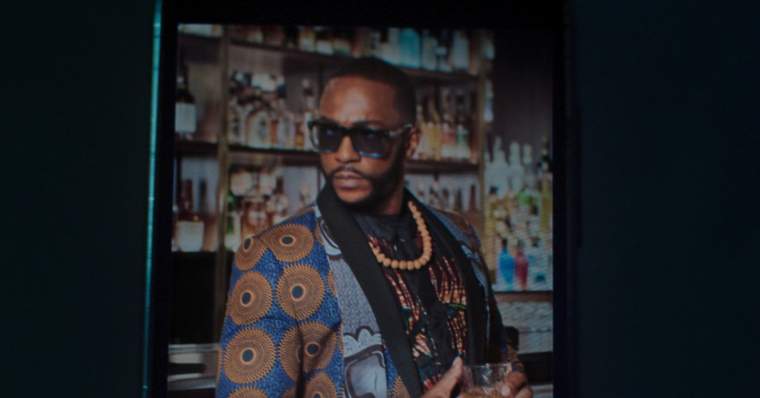 When he arrives in Madripoor, Sam Wilson must disguise himself to not draw attention to the fact that he is an Avenger. He then poses as Conrad Mack, the “Smiling Tiger,” as he goes to the island’s rough spots accompanied by Zemo and Bucky.

In the comics, Conrad Mack is an established Marvel villain. He is known for taking on, among other heroes, members of the New Warriors. The character also has deep connections to the criminal underworld of Madripoor. 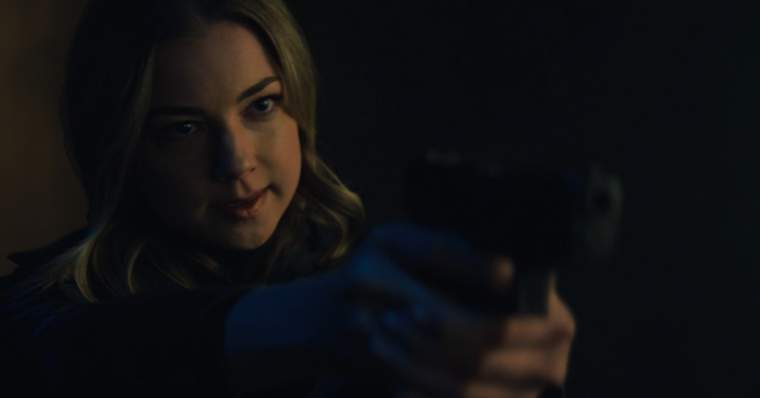 In addition to Zemo, the episode marks the return of another important character from the Captain America franchise. We are talking about Sharon Carter, who became an outlaw after the Civil War events, where she helped Steve Rogers and his hero allies escape.

Sharon has become an art smuggler in Madripoor, selling original paintings. She initially resists helping Sam and Bucky because of Zemo but ends up joining them. Sam even promises her that he will try to negotiate an official pardon so that she can return to the USA. 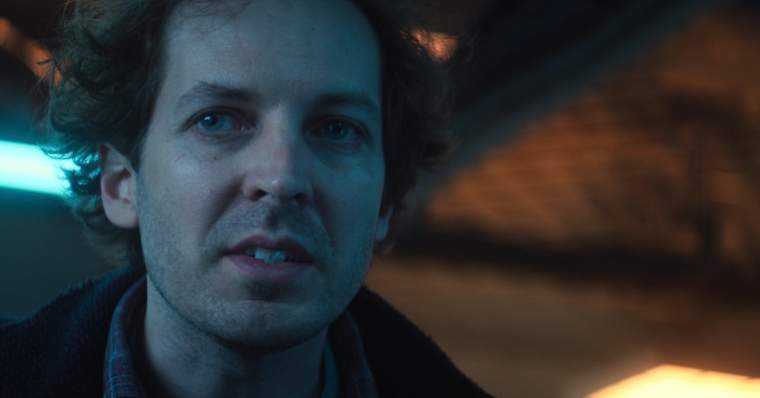 In the episode’s climax, Bucky, Sam, and Zemo (along with Sharon) go to a shed in Madripoor, where they meet scientist Wilfred Nagel, who has recreated the Super Soldier Serum in the service of the mysterious Power Broker.

In the comics, Nagel (aka Josef Reinstein) was the scientist who continued working on Project Rebirth after Abraham Erskine‘s death. He was even responsible for running tests on several African-American men, including Isaiah Bradley.

Bucky Taking the Shield for Himself 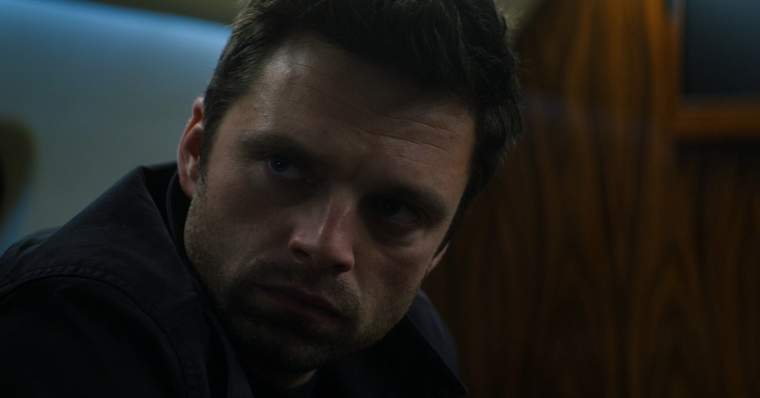 Towards the end of the episode, Sam Wilson suggests that he should destroy Captain America‘s shield for all the trouble it has caused. Bucky Barnes contradicts him, mentioning that the shield is a symbol and that he would take the item for himself before Sam could destroy it.

This reference is essential because it ties in with an established fact from the comics, which is when Bucky Barnes took the shield for himself and became the new Captain America after the “death” of Steve Rogers. Will we see Bucky as Captain at some point in the series? 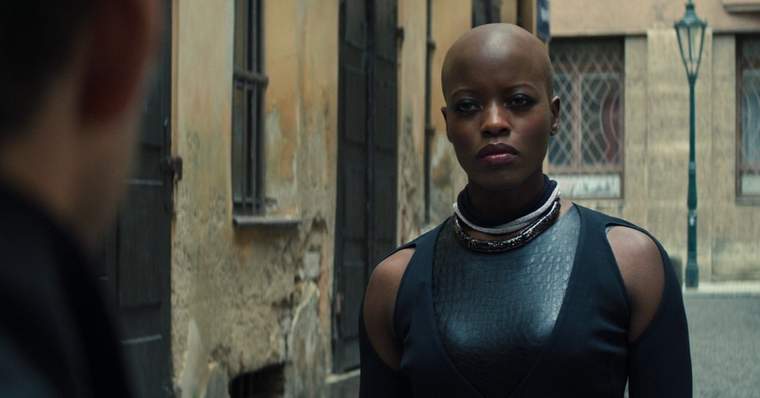 The end of the episode brings a surprise for MCU fans: Ayo is back. She is one of the dora milaje and part of the royal army of Wakanda. Now, she returns and seems intent on avenging the death of King T’Chaka, the father of T’Challa (current MCU Black Panther).

Florence Kasumba returns to the role. She first appeared in Captain America: Civil War as T’Chaka and T’Challa’s bodyguard – even standing next to the former king when he dies in the UN-caused explosion. We also have the appearance of the Kimoyo Beads.

Meet the Stateless Persons: The New Marvel Villains from MCU

A new Marvel terrorist organization has arisen in The Falcon and The Winter Soldier. Learn all about the Stateless Persons.

Isaiah Bradley was the first person to assume Captain America’s mantle, right after Steve Rogers. Now he marked his presence in The Falcon and the Winter Soldier.

Baron Zemo is back in The Falcon and the Winter Soldier! Learn about all of Baron Zemo’s powers and abilities in the comics and MCU.

The Falcon and The Winter Soldier 4th episode takes a dark turn in the series! Find every Easter Eggs and comic book reference we caught from the new episode.

The Falcon and the Winter Soldier is introducing new characters straight from Marvel Comics, such as Battlestar, who became a hero in his own right.

Bucky has a long history in the comics and MCU and has gone through a lot! Learn more about the powers and abilities of Bucky, Marvel’s Winter Soldier. 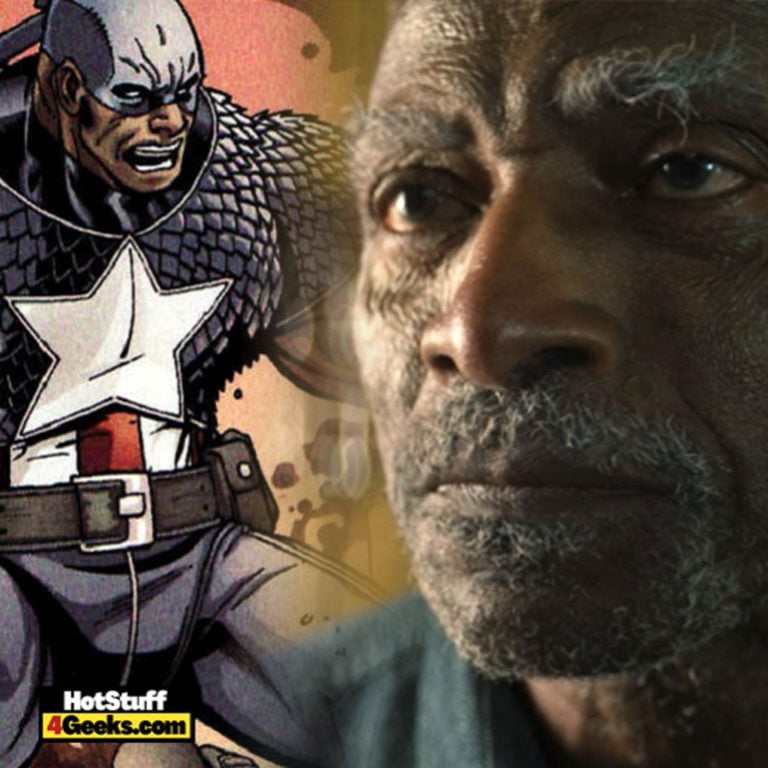 15 The Falcon and The Winter Soldier Easter Eggs – Episode 2

The second episode of Falcon and the Invinvincible Soldier became available on Disney+, bringing some interesting easter eggs related to Marvel Universe.

The duo tackles the Captain America legacy in The Falcon and The Winter Soldier, the new Disney+ series. Check out all their appearances in the MCU so far.

Batroc The Leaper is back on the set of The Falcon and the Winter Soldier. He is a mercenary who promises to be one of the main challenges to the heroes.

12 The Falcon and The Winter Soldier Easter Eggs – Episode 1

The first episode of The Falcon and the Winter Soldier has arrived at Disney+! Did you catch all the easter-eggs? We show you all the ones we found. 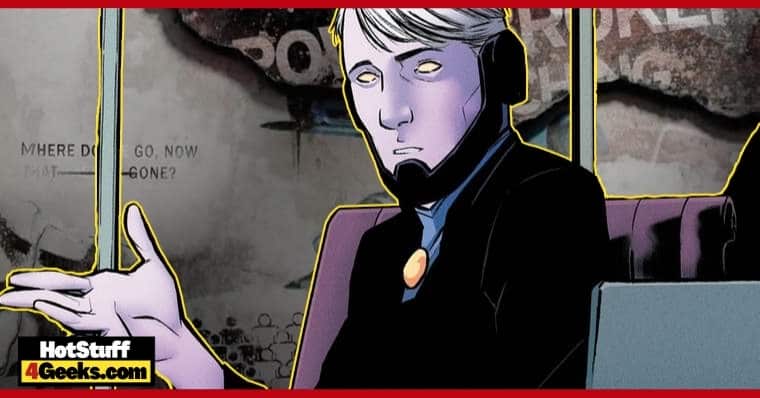 The Power Broker is responsible for the super-soldier serum in The Falcon and the Winter Soldier. Learn all about the mysterious villain in Marvel comics.

Who is the con man who stole the mantle of Captain America in the MCU? Everything you need to know about John Walker, Marvel’s American Agent.

The Falcon and the Winter Soldier episode 5, “Truth,” is absolutely packed with easter eggs, and introduces a new Marvel character to the MCU.