Who are Yalan Gur & Kilowog? The Snyder Cut’s Green Lanterns

Learn more about Yalan Gur and Kilowog's story, the representatives of the Green Lantern Corps who appear in Zack Snyder's Justice League movie! 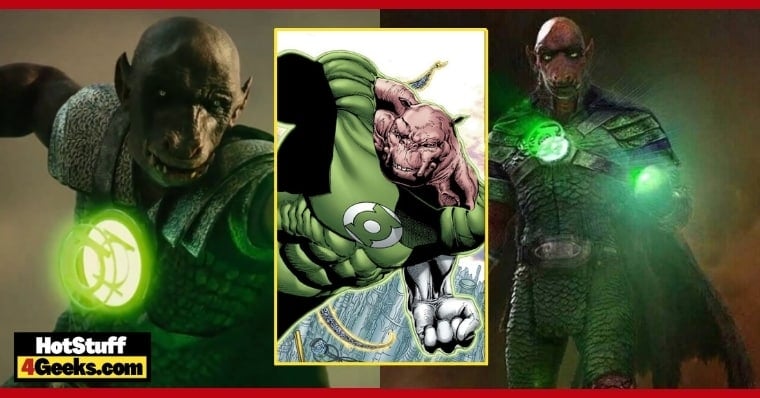 Zack Snyder’s Justice League featured the addition of some highly anticipated characters who had been cut from the 2017’s film. From the scene with Iris West to the Martian Manhunter himself, Snyder sought to include all of these characters in the new release, which even features the appearance of two of the Green Lanterns – even if they are not who audiences expected.

Instead of Hal Jordan or John Stewart, we saw characters from outside Earth who play an essential role in establishing the Emerald Knights in Snyder’s idealized universe, both in the past and future. Here, you will get to know Yalan Gur and Kilowog, members of the Green Lantern Corps present in the movie! 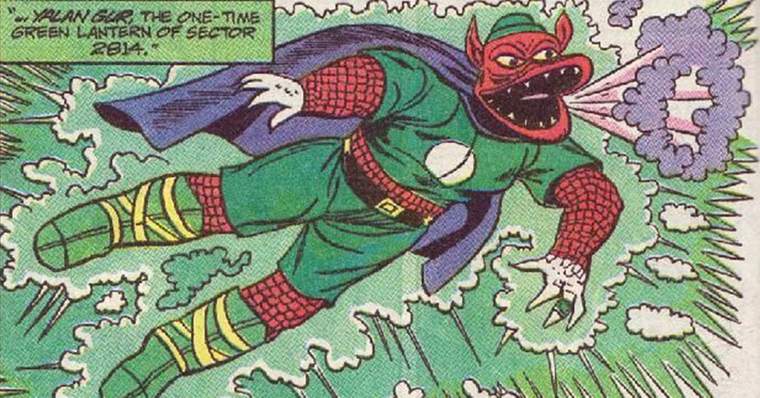 In the comics, Yalan Gur made his first appearance in 1991, in Green Lantern #19. Responsible for Sector 2814, where Earth is located, he lived in the distant past, where he was considered the greatest of the Green Lanterns.

Initially, Yalan Gur was created to reconcile the origin story of Golden Age Green Lantern Alan Scott with the later introduction of the Green Lantern Corps. 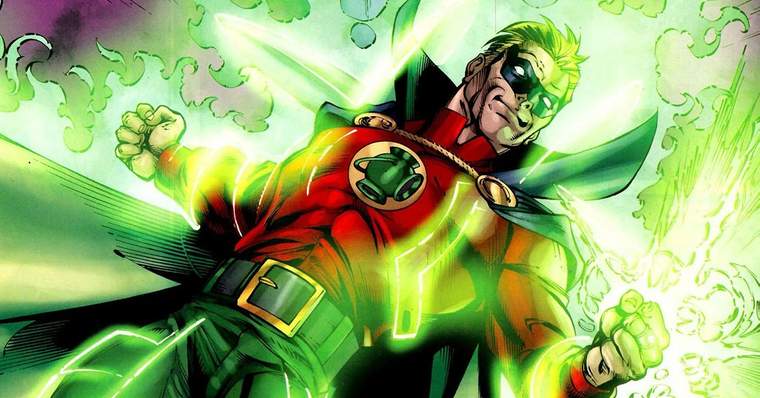 The greatest Green Lantern of his time, Yalan Gur, was almost killed in a confrontation against a yellow creature, thanks to the Lantern ring’s weakness. This so-called yellow impurity causes the artifact’s powers not to affect targets that have that color.

So, afraid of losing their greatest warrior because of this limitation, the Guardians of the Universe decided to remove it, believing it unnecessary to restrict someone they thought would remain loyal.

However, Yalan Gur succumbed to the unlimited power he came to possess. Believing himself to be invincible, the Lantern decided to shape his Sector according to his desires and turned against Earth when humans dominated the planet.

Fearing that humanity was a risk to the universe, Yalan Gur attacked the planet, seeking to keep Earth’s people under control through the chaos he was creating. Enraged, he confronted humans directly, amused to see the beings he considered primitive hoped to be able to stop him using wooden spears, something Gur thought pathetic.

But although he didn’t know it, the Guardians of the Universe were still watching him and gave his ring a new flaw: now his weakness would be wood. Overpowered by anger, he refused to try to use the ring’s powers to heal himself and met his end against the opponents he had deemed inferior to himself.

As mentioned, Yalan Gur’s introduction aimed to reconcile the first Green Lantern, Alan Scott (shown above), with the modifications made to the DC universe, namely the addition of the Green Lantern Corps. Thus, the ring that Alan finds is the same one that belonged to Gur, so his weakness is wood. 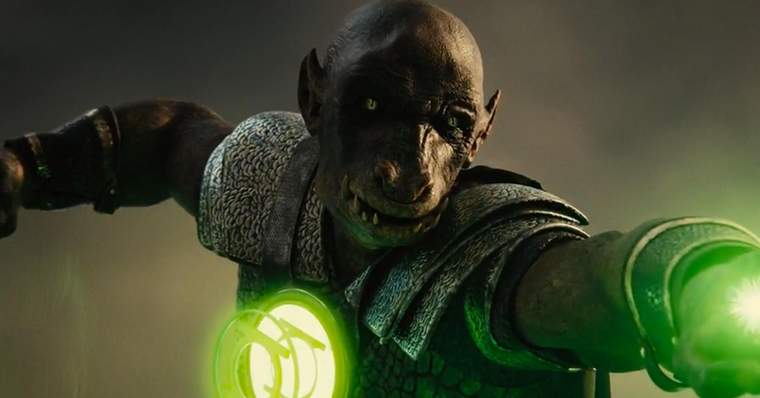 The character appears both in Zack Snyder‘s version and in the 2017 Justice League film and has a more heroic role than his comics counterpart. In both, Yalan Gur represents the Green Lanterns in the so-called “History Lesson” scene, when the audience is shown what occurred during the first attempted invasion of Earth by Darkseid‘s forces.

It is how he dies and who kills him that changes from one version to the other: while in the 2017 film the Steppenwolf kills him, in Snyder’s production, it is Darkseid himself who does it, also cutting off his hand, something that is not shown in the film directed by Whedon. Both fail to capture his ring, which returns to space in search of a new Lantern. 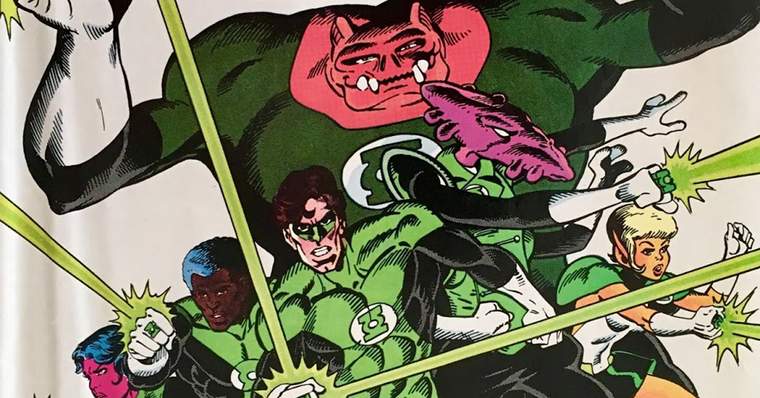 Kilowog was first introduced in 1986 in Green Lantern Corps. A character better known to the public than Yalan Gur, Kilowog has already shown up in animations and movies. Zack Snyder’s Justice League is his most recent appearance.

The character became a Green Lantern after the death of Branwilla, the previous Lantern from Bolovax Vik, Kilowog‘s home planet. 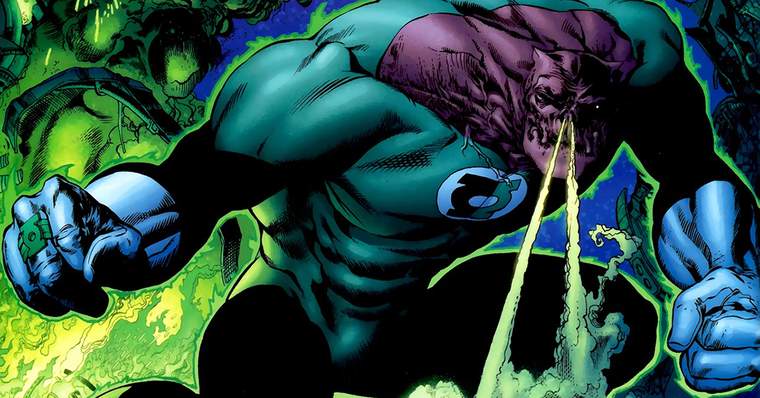 Originally a scientist whose focus was genetics, Kilowog lived on Bolovax Vik, a planet with 16 million inhabitants, one of the most populated in the universe.

Receiving his ring after Branwilla‘s death, the character fulfilled his duties responsibly, considering it an honor to be chosen, even though it meant he had to leave Bolovax and go into space.

In time, Kilowog became a proud member of the Corps and one of its best recruiters and trainers.

In Crisis on Infinite Earths, Kilowog‘s planet was destroyed. The hero almost managed to save its inhabitants, but even though he successfully got them to another world, this one was also destroyed, thanks to Sinestro‘s actions.

The character eventually became another protector of Earth and even spent some time in the Soviet Union. 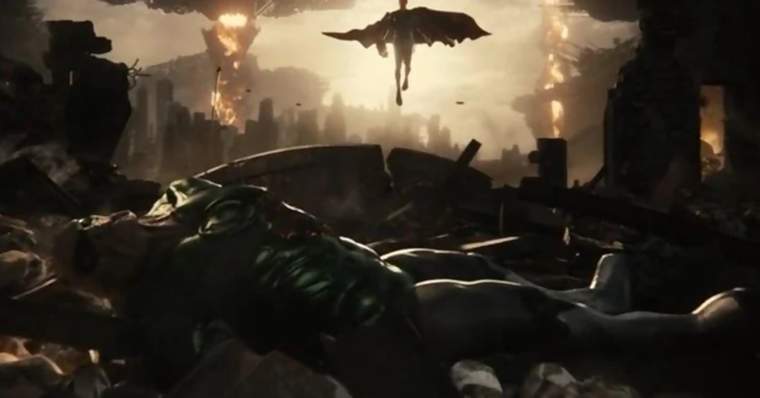 Unlike Yalan Gur, Kilowog does not appear in the 2017 version of Justice League, being a Snyder’s addition. Still, his role in the film is brief, and we only see the character when he has already been defeated, precisely when Cyborg has a vision of the terrible future where Darkseid conquers Earth.

While the scene with Yalan Gur shows the Lanterns’ role in battling Darkseid in the past, Kilowog‘s presence suggests that they would confront each other again. This would not have been enough to stop the villain, who still managed to take the lives of several heroes, including Kilowog himself.

Yalan Gur and Kilowog Outside the Comics 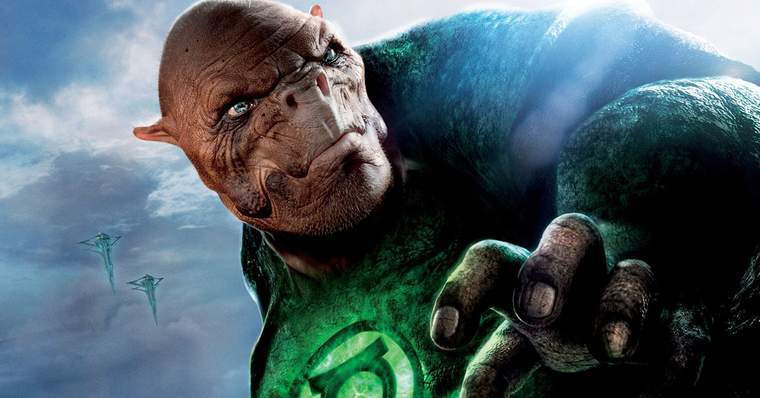 Justice League marked not only Yalan Gur‘s first appearance in a DC live-action but the character’s first adaptation for any media beyond the comics. A Green Lantern who lived long before Hal Jordan, he is not a very well-known character. However, he fits perfectly into the “History Lesson” scene precisely because he existed in a remote past, far distant from the more famous Green Lanterns.

On the other hand, Kilowog is a very familiar character even to those who don’t know the Lanterns in depth. Present in several comics and animations, he had already participated in a live-action film previously, in the 2011 movie, Green Lantern, starring Ryan Reynolds. In Snyder Cut, Kilowog only appears after his death.