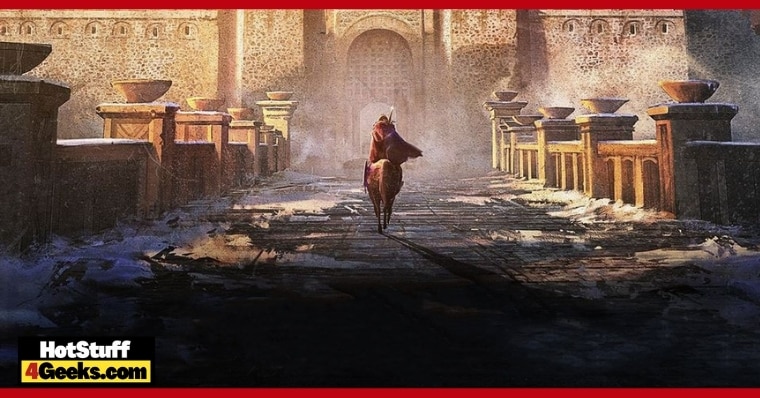 After news of more Nightmare Of The Wolf plot details, The Witcher animated movie gets a teaser on Netflix.

News from The Witcher seems to be doubling recently. News of season 2 of the series now comes accompanied by updates on the Nightmare Of The Wolf animated movie. Shortly after Netflix revealed the premiere date for Season 2 of the drama starring Henry Cavill, the streamer shared that Nightmare of The Wolf premieres on Monday, August 23, 2021.

Furthermore, after we found out last month that the story will focus on Vesemir, this time, we were entitled to a synopsis, a poster, and a teaser.

The synopsis goes like this: “Vesemir, a cocky young witcher, delights in slaying monsters for coin. When a dangerous new power rises on the Continent, Vesemir learns that some witchering jobs are about more than just money. ” 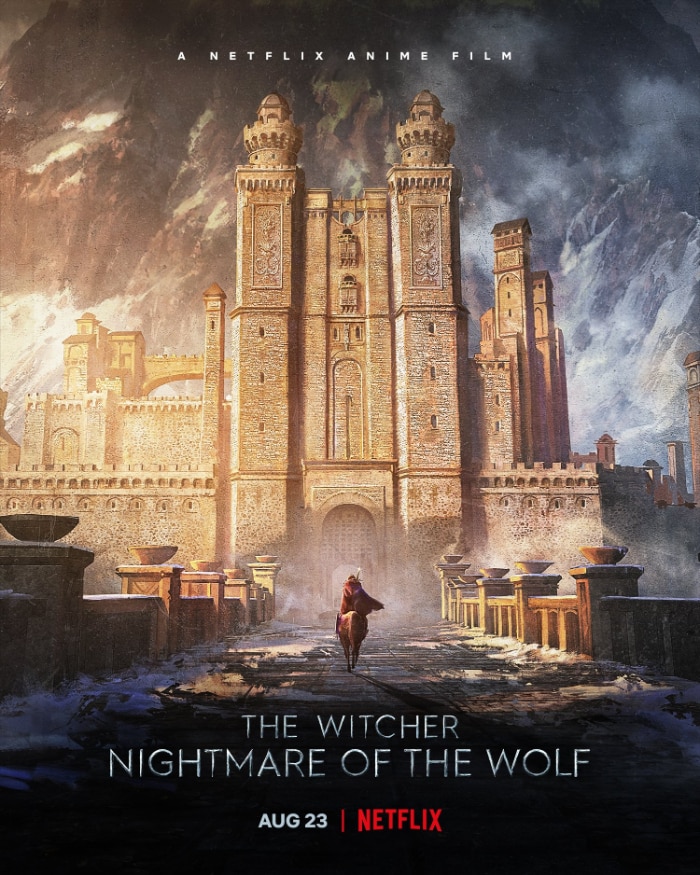 The project comes from The Witcher series producers Lauren Schmidt Hissrich and Beau DeMayo and Korean animation studio Studio Mir. The announcement of the premiere date came Friday during the inaugural WitcherCon, from Netflix and CD Projekt Red.

In the teaser, we can see that the freedom from the high cost of special effects in the original series will allow us to see more creatures, magic, and detail. As for the animation itself is a mix between Castlevania and the animated films of DC Comics and Warner. 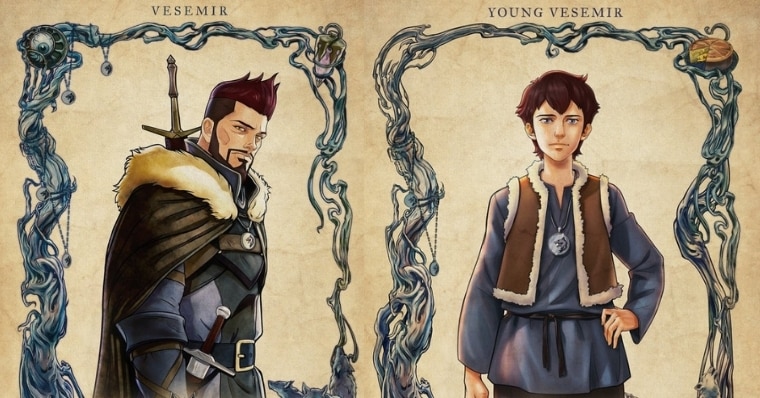 The Witcher: Nightmare of the Wolf Gets 7 Posters and Character Descriptions

After the success in the live-action, The Witcher universe is expanding on Netflix. While we eagerly await the return of Geralt, Yen, and Ciri, it’s just a short while before we explore the past of the witcher Vesemir and his adventures in The Witcher: Nightmare of the Wolf.

Now, new posters and character descriptions have been released by the streaming platform to excite fans.

In The Witcher: Nightmare of the Wolf, we will follow the past of Vesemir, known for being Geralt‘s mentor. The young witcher loves his profession but will come to question this when a new threat appears on the continent.

The official synopsis for the series says:

“Escaping from poverty to become a witcher, Vesemir slays monsters for coin and glory, but when a new menace rises, he must face the demons of his past.” 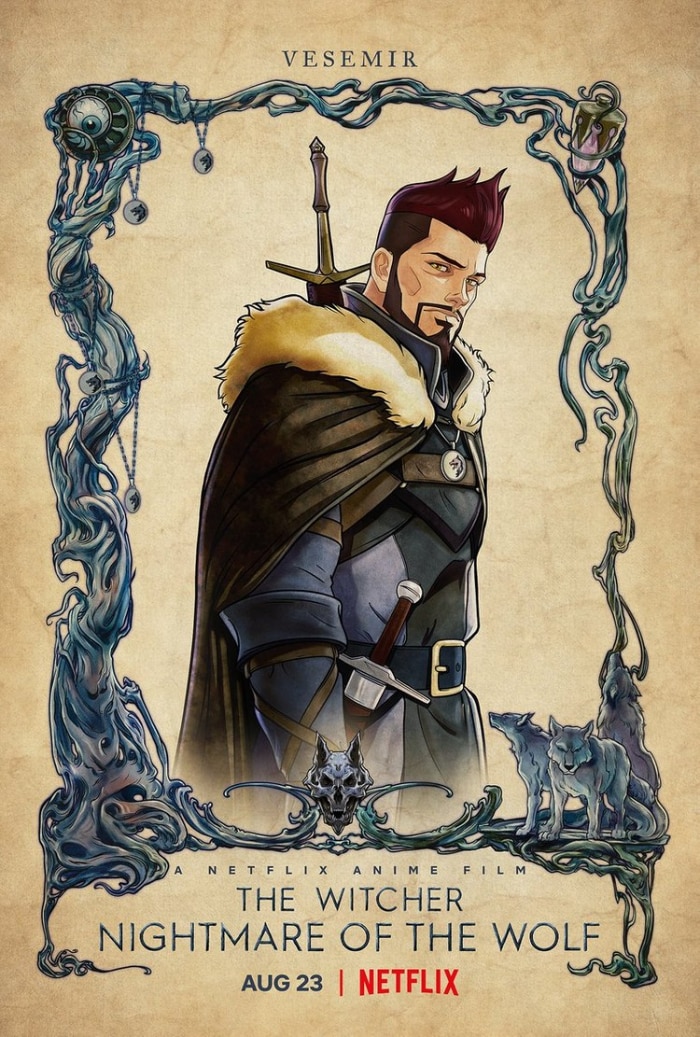 The animation will also feature the young version of the powerful Vesemir, who also got his own poster, along with the description:

“Young VESEMIR grew up as a servant on a nobleman’s estate, yearning to break free of his social standing and to explore the Continent to find his destiny.” 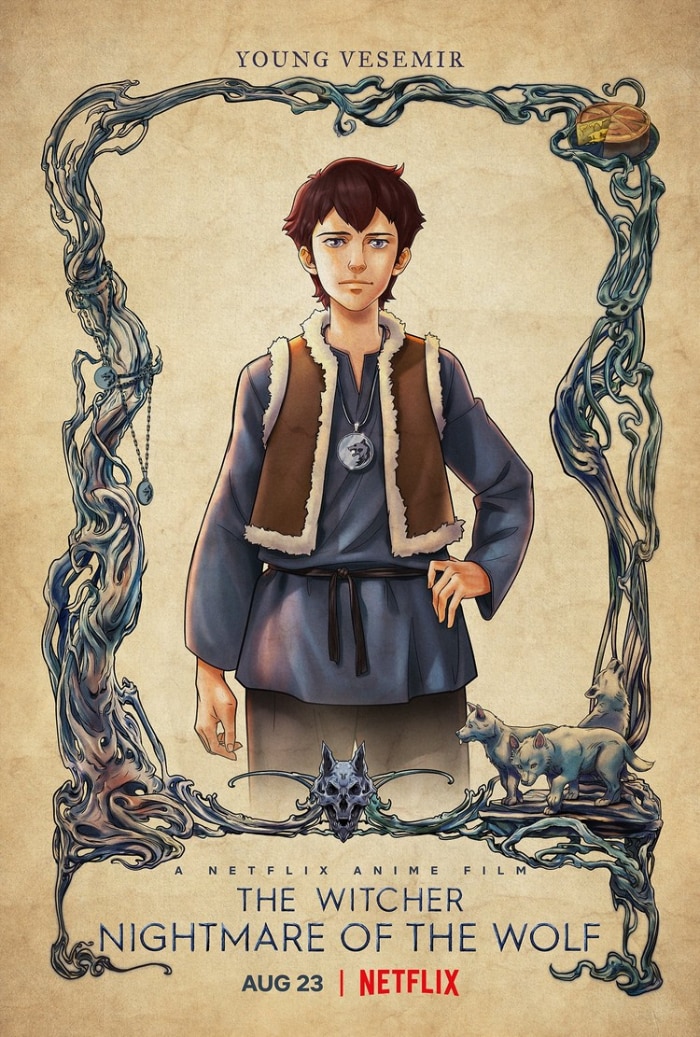 The sorceress Tetra Gilcrest has won fans over since she appeared in the animation’s trailer, showing all her power and charm. The character is described as:

“A powerful sorceress who works to keep peace on the Continent by ensuring that magic is not abused.” 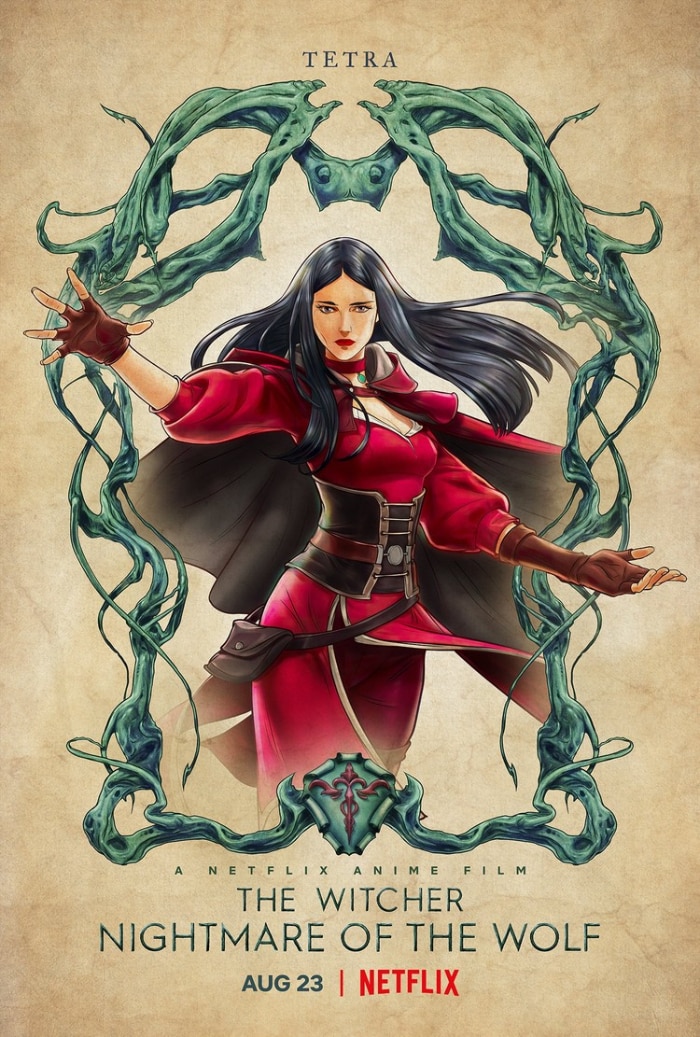 Luka is another character who gained prominence and his own poster. The character is described as:

“An outspoken witcher and compatriot of Vesemir’s.” 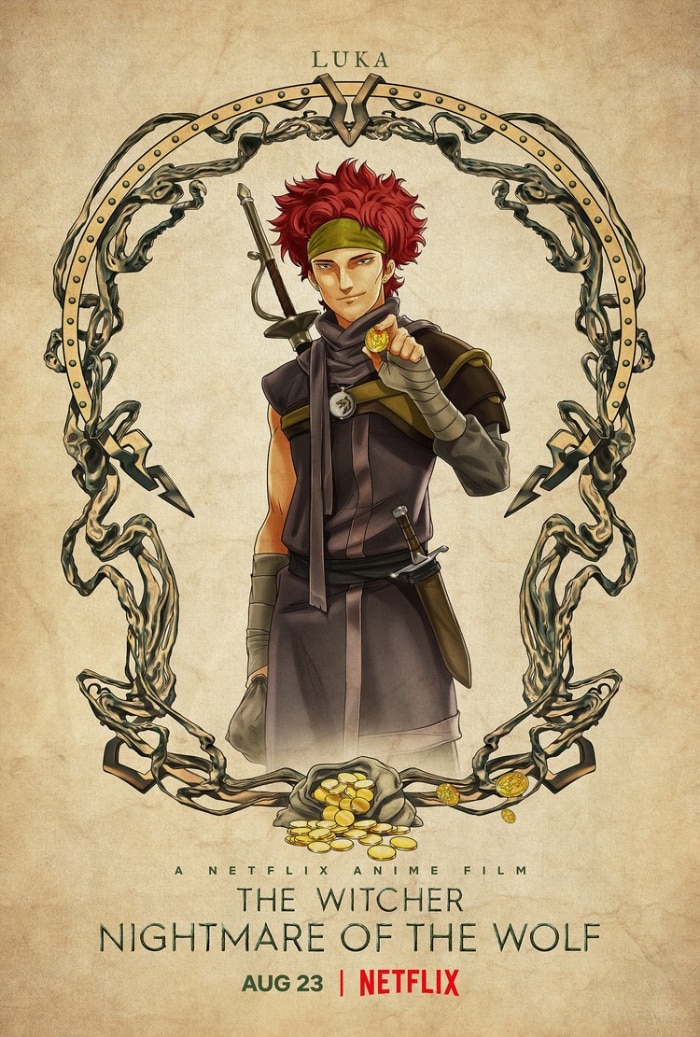 The aging Witch Deglan is a well-respected figure in his community, being one of the protectors of his kind. The description reads:

” Deglan is the hardened warrior-leader of the witchers and committed to doing whatever is necessary to protect his ‘boys’.'” 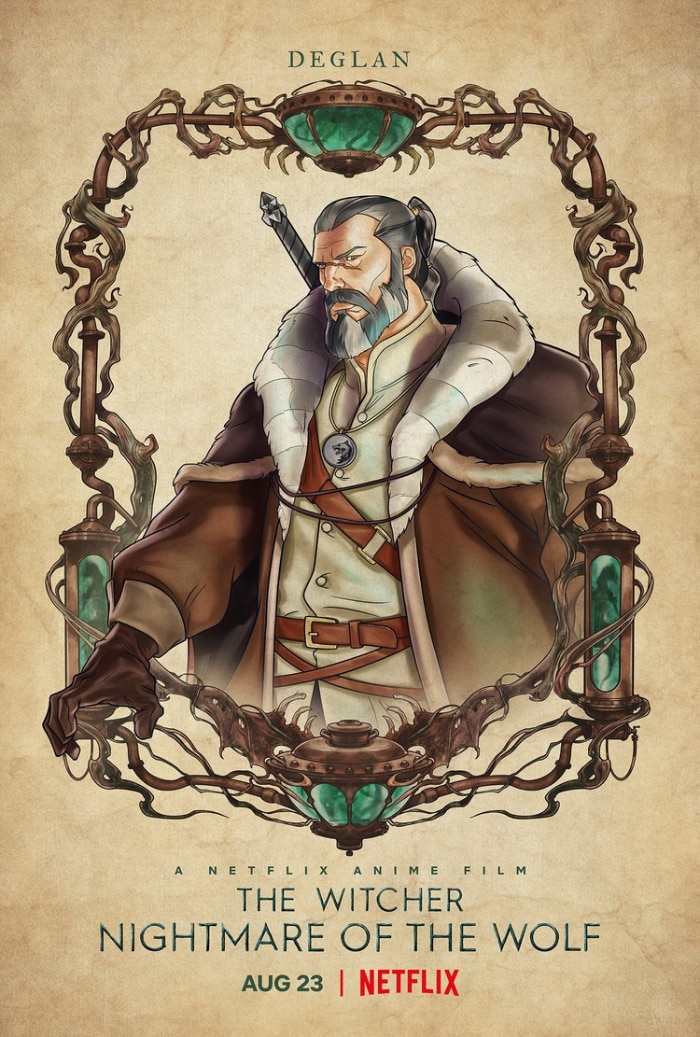 The mysterious Lady Zerbst has also received her own poster. The lady is described as:

“a Kaedwen noblewoman who is one of the king’s most trusted advisors, and a fierce supporter of the witchers.” 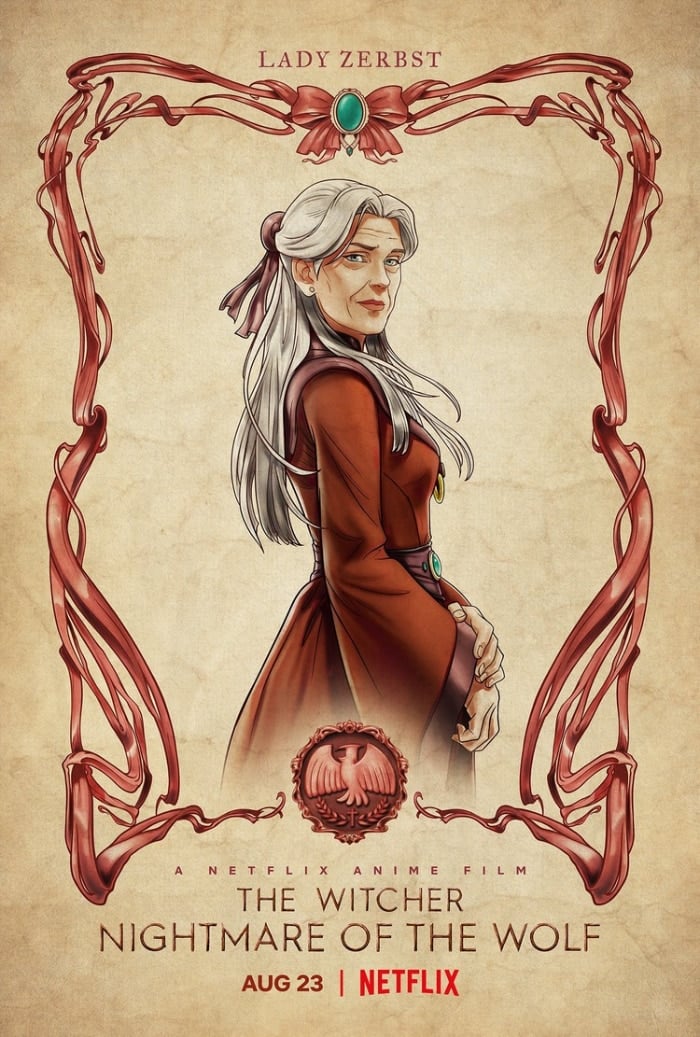 Finally, Filavandrel, who has already appeared in the live-action The Witcher Season 1, has also received his spotlight. The elf, already known to fans, is described only as:

“A fallen elf king and an old friend to Vesemir.” 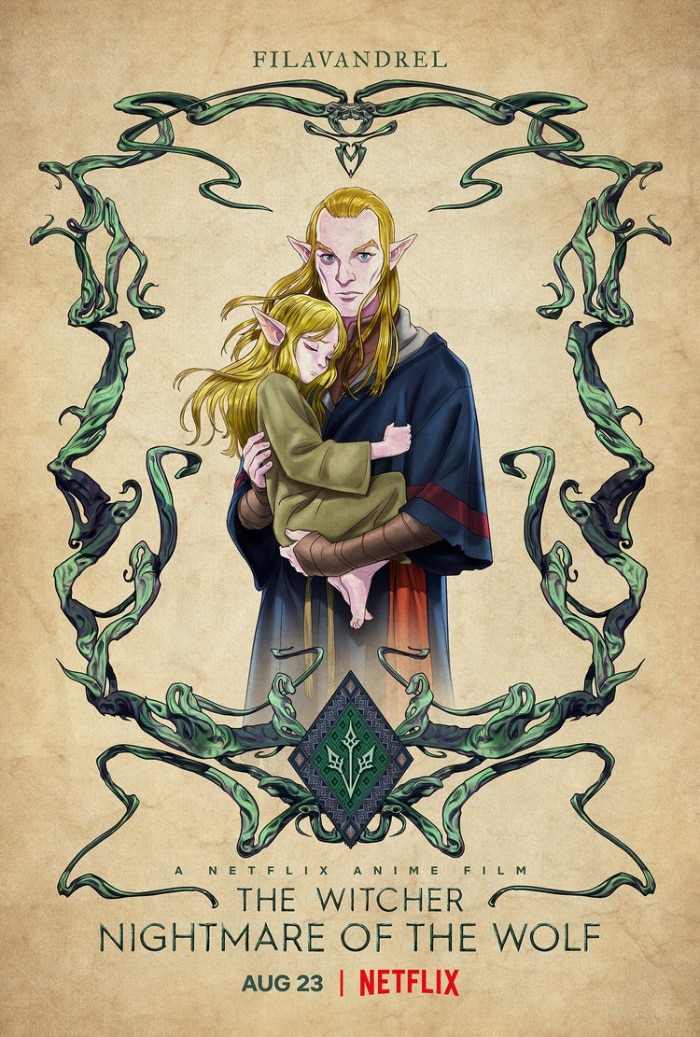 So what’s up, excited for the series? 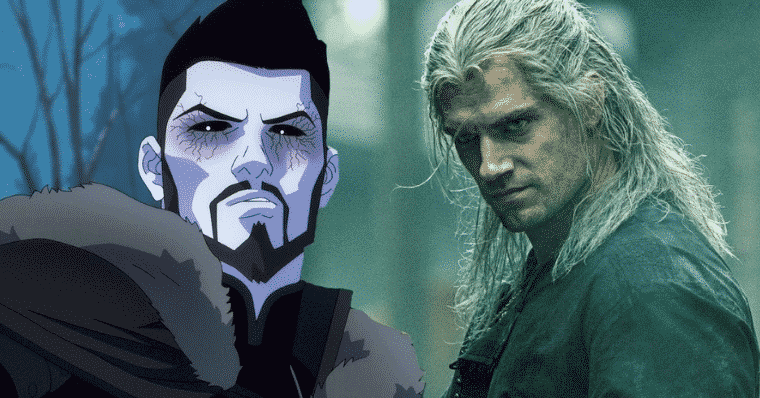 How The Witcher: Nightmare of the Wolf Links to The Live-Action Series

Before The Witcher‘s second season on Netflix, we will have the animated The Witcher: Nightmare of the Wolf, so one question arises: how do the two productions relate?

The animated film is set over 100 years before the events of the series. It does not have Geralt of Rivia as the protagonist, but rather his mentor in Kaer Morhen, the wizard Vesemir, who will also make his debut in the second season of the live-action series.

In Nightmare of the Wolf, we will see Kaer Morhen’s School of The Wolf at its peak and fully functioning.

Vesemir appears as a young and skilled witch. Still, the trailers hint that we will also see the school’s downfall, which was destroyed by the Kaedwen, who killed not only most of the witches but also ended the possibility of training new monster hunters.

In the main live-action series, whose second season arrives in December, we will see an already ruined Kaer Morhen, with an elderly Vesemir, played by Kim Bodnia, helping Geralt of Rivia and Princess Ciri.

Understanding what happened to the School of the Wolf seems to be extremely important to understanding events to come in the second season of the series. 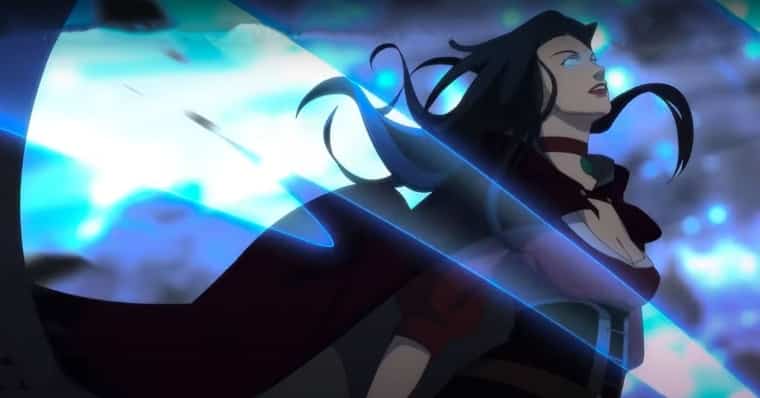 The Witcher: Nightmare of the Wolf: NEW Bloody Trailer Today

Netflix revealed today (9) a new action-packed trailer for the anime The Witcher: Nightmare of the Wolf. In the preview, you can see several monsters, quests, and, of course, blood-filled fights.

The animation will show the past of Vesemir, a hard-headed young witcher who enjoys his profession. However, when a powerful force threatens the continent, he will be forced to reevaluate his occupation and his reasons for continuing this trade.

It is worth remembering that in addition to the anime, Vesemir will also appear in the live-action series’ second season, played by actor Kim Bodia.

The Witcher: Legend of the Wolf premieres on August 23 on Netflix. 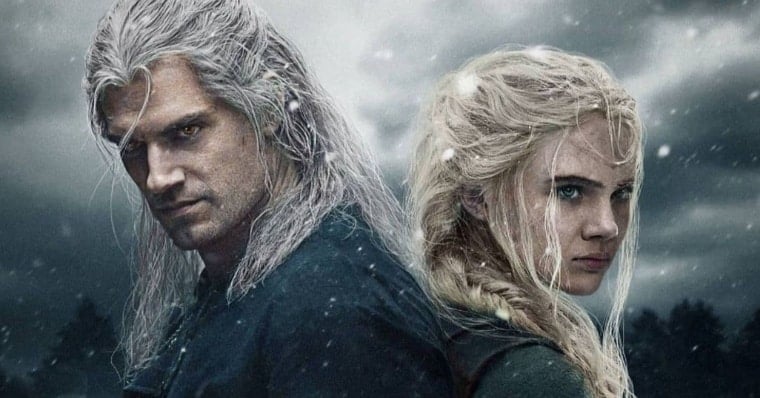 The Witcher‘s second season is approaching, and now we know which story, exactly, it will begin with.

According to producer Lauren S. Hissrich, the new season’s first episode will adapt A Grain of Truth, a short story written by Andrzej Sapkowski, and the third from The Last Wish, which she described as one of her favorites from the author’s work.

In a Netflix promotional video, Hissrich talked about what to expect from the story, which will feature Nivellen, a character played by actor Kristofer Hivju (Game of Thrones‘ Thormund Giantsbane), and his relationship with Geralt of Rivia.

“I am so excited that in season 2 we get to bring one of my favorite short stories to life. It’s been the worst-kept secret that we’ve had, but we are adapting A Grain of Truth for the opening of our season 2 of The Witcher,” she said.

THE WITCHER Season 2 premiere episode is adapting the Andrzej Sapkowski short story A Grain of Truth. Here’s what you need to know about how @LHissrich is bringing the beloved Witcher tale to life with Geralt and Ciri. pic.twitter.com/Y0J11I3UMx

According to Hissrich, A Grain of Truth will bring Ciri into the story in a “father and daughter” narrative, something that should recur in the relationship between Geralt and the Princess Cirilla of Cintra in the second year of the series. 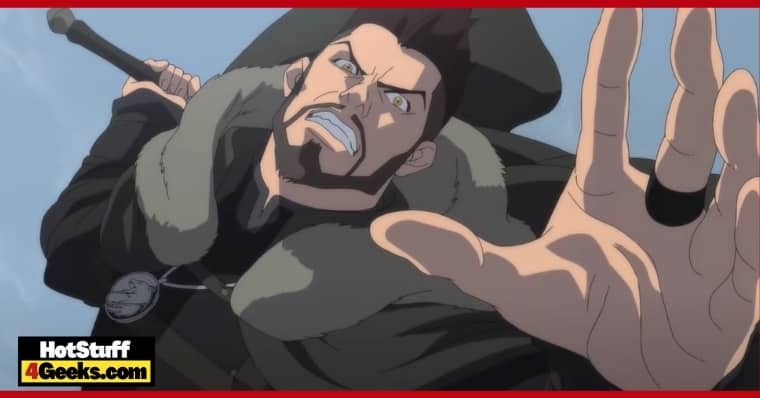 The Witcher: Nightmare of the Wolf Gets a New Exciting Teaser

Netflix has released a new teaser for The Witcher: Nightmare of the Wolf, an animated spin-off of the series starring Henry Cavill.

Here, we meet a time before Geralt of Rivia, where his mentor Vesemir is a highly competent monster hunter, but with a more outgoing demeanor than his disciple, but with the same skill.

In the teaser, Vesemir himself narrates the difficult relationship the witches of Kaer Morhen have with normal civilians.

However, when supernatural threats and hideous creatures appear, he is the one the towns and cities’ inhabitants turn to. The action looks incredible in the series, showing a still young Vesemir at the peak of his witch and monster hunter skills.

The teaser also confirms the premiere of The Witcher: Nightmare of the Wolf on Netflix’s streaming platform on August 23.

The animation features executive production from Lauren Schmidt Hissrich, producer of the live-action series, which is also expected to return soon for its highly anticipated second season.