The 5 Worst (and the 5 Best!) DC Comics Animated Movies

There have been a ton of DC animated movies throughout the years. There're some real gems out there, but also some that just totally missed the mark. We've listed the best and worst DC Comics animated movies! 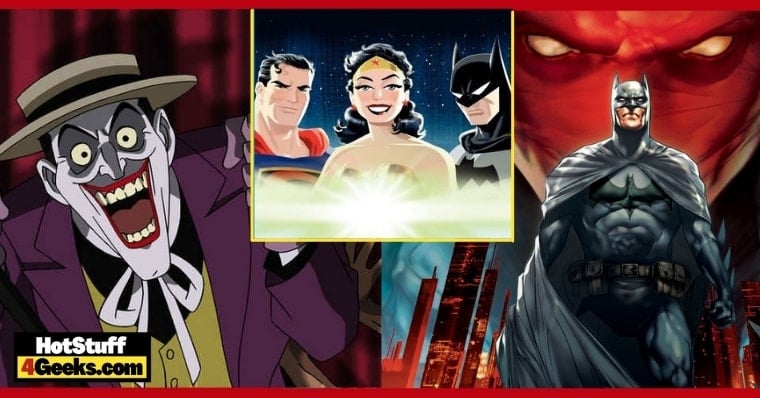 DC Comics is well known for its comics, but if there’s one branch of the publisher that has delighted fans over the years, it’s certainly been the animations. Since 2007, we have seen a very interesting initiative from DC and Warner Bros. to produce several animated adaptations of arcs, sagas, and characters from this fantastic universe, either as standalone films or parts of a shared franchise.

Classic stories from Batman, Superman, Justice League, and several other heroes have been brought to animations released directly to DVD, with some becoming great classics among fans of the publisher’s comics. However, time and again some works have come out well below the quality we would expect from this type of production. So here we have listed the 5 best and 5 worst DC Comics animated movies!

For this list, we are disregarding films like Batman: Mask of the Phantasm, Teen Titans: Trouble in Tokyo, Teen Titans Go! vs. Teen Titans, and Batman Beyond: Return of the Joker, since these films are sequels to the respective TV series that were very popular at the time. In addition, we also left out LEGO Batman Movie, since it brings another proposal and is part of the LEGO movie franchise. 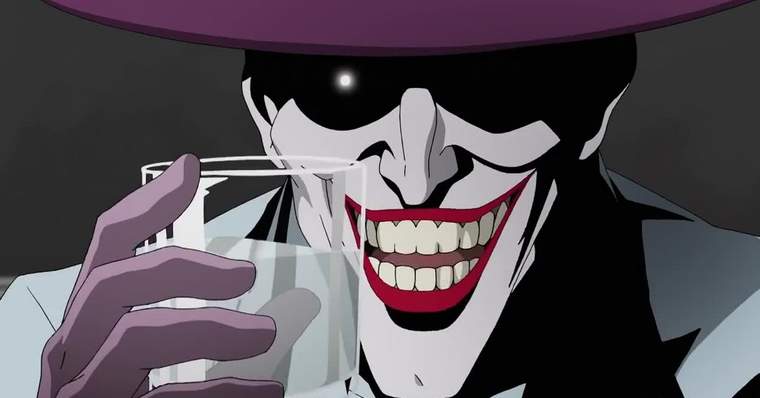 Batman is the leading character in the overwhelming majority of DC Comics animations, so don’t be surprised to see the Dark Knight taking on many items on this list, for better or worse. For starters, the long-awaited animated Batman: The Batman: The Killing Joke adapted Alan Moore‘s iconic comic book, proposing a psychological study of the Joker and his insane villainy.

The biggest problem with The Killing Joke (which makes it DC’s worst animated film, without a doubt) is that the original graphic novel’s story is left behind. At the same time, we have a bizarre prelude that explores Batman and Batgirl‘s relationship – including a dreadful sex scene that manages to ruin, in a few minutes, the relationship between the two characters.

To make matters worse, when The Killing Joke plot begins, it’s just a generic copy-and-paste of the comics, without giving the story proper depth and emotional complexity, something that has left many fans frustrated, annoyed and disappointed. If you are looking for a good DC Comics animated film, stay away from this one. 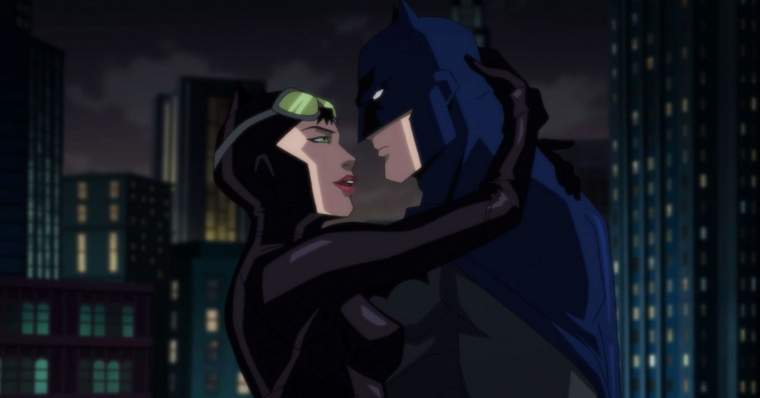 Another Dark Knight saga compromised by poor decisions in its animated adaptation is Batman: Hush. It is one of the hero’s most gripping stories in the comics, paying homage and tribute to his entire mythology. However, the animated film throws it all out the window in a dull work that lacks the comic book’s care.

If you want to avoid spoilers for this film, it’s best to get away while there is still time. Basically, the movie is set in the shared universe that emerged with Justice League: Flashpoint Paradox. This franchise came with great inspiration from the New 52 and brought changes to the traditional animated DC animation style, which left some fans infuriated.

However, none of these issues sum up the problems of Batman: Hush. The comics’ great mystery regarding the identity of the villain Hush is subverted in a nonsensical twist when we discover that the Riddler is the mastermind of the entire plot. Disappointing, to say the least. 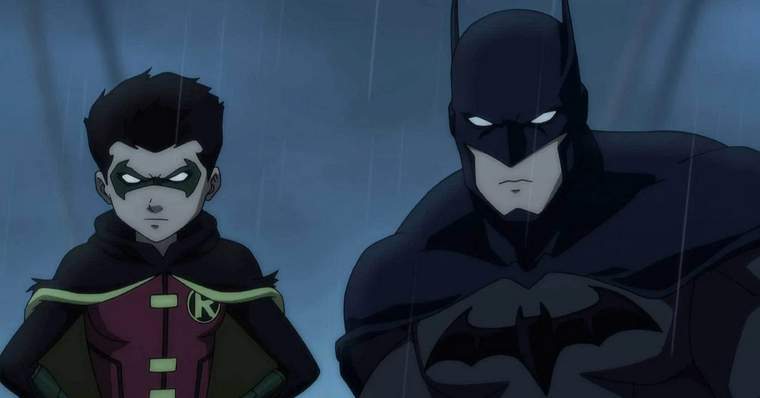 Since his introduction to the comics, Damian Wayne has become the subject of heated discussions and debates among DC Comics fans. The boy is known to be the offspring of Bruce Wayne and Talia al Ghul‘s relationship, being trained by the League of Assassins as the perfect weapon to kill the Dark Knight.

In the aforementioned shared universe adapting the New 52, the brat became an integral part of the Caped Crusader movies starting with Son of Batman, released in 2014. While some like the new Robin‘s evolution, it is a general consensus that he is annoying, overly explosive, and entirely expendable to his father’s mythology.

The Son of Batman, on the other hand, doesn’t seem to care much about that. The movie is entirely focused on Damian and his chirping while proving himself a violent and bloodthirsty anti-hero along the Red Hood lines (only without the same charm). To make matters worse, it’s ridiculous to see the Deathstroke easily defeated by the boy more than once throughout the plot. 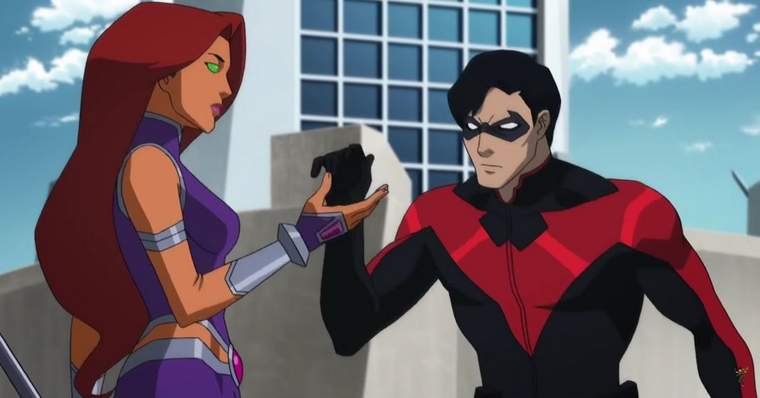 In 2016, DC decided to invest in Justice League vs. Teen Titans. This modest and quite interesting film introduces the publisher’s youth team in this animated universe of the New 52. Despite its problems, the movie keeps an interesting pace and works its heroes and villains well – which is no longer the case in Teen Titans: The Judas Contract.

Based on the Teen Titans arc, which has become one of the team’s most famous and beloved stories, The Judas Contract shoots all over the place and hits a few of the right targets. For starters, none of the characters are well developed throughout the movie, which gets worse when we see the number of heroes in the group.

Furthermore, the movie’s entire pace, action, and narrative fall well short of other DC animated films, even in this controversial New 52 era. The dynamic between Terra and the Deathstroke is awkward – and it doesn’t help that the Teen Titans animated series managed to make a better adaptation of the arc almost a decade before this animation was released. 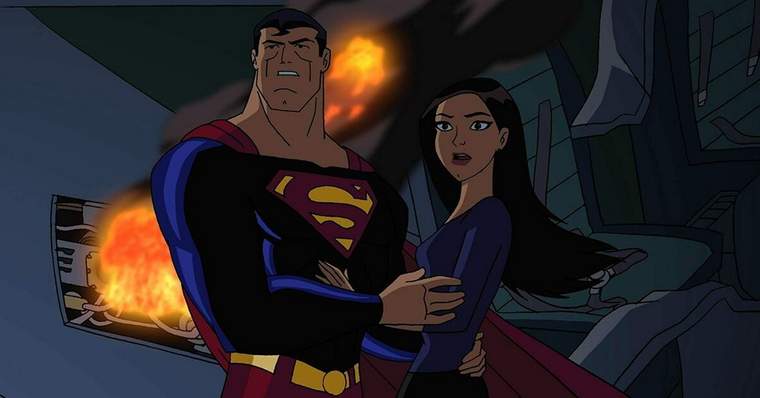 To close the cycle of the worst, it is important to go back to the beginning. In 2007, DC Comics teamed up with Warner Bros. Animation to deliver Superman: Doomsday. This animated film would serve as the basis for all subsequent animations, even though it was not part of any shared universe.

This arc itself is very symbolic for the Man of Steel’s history (and we’ll even talk a little more about it later). Still, although innovative for the time it was released, the movie ends up being a weak adaptation, with small emotional investment from the public. And this is due to several reasons.

The story brings little of Doomsday, a villain who is fundamental to this arc in the comics. All this results in the fact that the film deals very quickly with Superman‘s death itself, preferring to focus more on the consequences and the hero’s glorious return – which, in itself, is not that interesting. 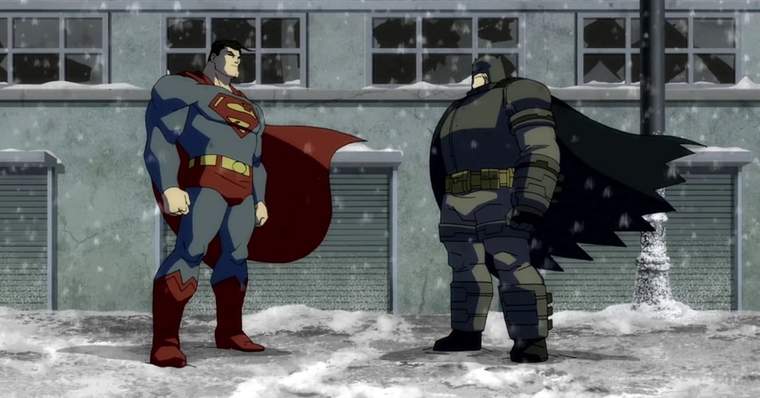 Now, let’s get to the good animated movies. In 2012 and 2013, shortly after the end of Christopher Nolan‘s trilogy of films leading the Caped Crusader, we had the release of Batman: The Dark Knight. This two-part feature film adapts the arc of the comics written by Frank Miller with impressive fidelity.

The film is one of the first from DC Comics to deal with such mature themes and present a high degree of violence, which is very important for the adaptation of the story to succeed. Besides, there is a very wise division in the two parts, as the first focuses on Batman‘s return, while the second explores the fights against the Joker and Superman.

The animation style is impeccable and manages to recreate several of the more glorious moments from the original graphic novel while the action is maximized. The new Robin (whose secret identity is Carrie Kelley) is also very well explored. In short, it is the definitive adaptation of The Dark Knight Returns that we will never see in live-action. 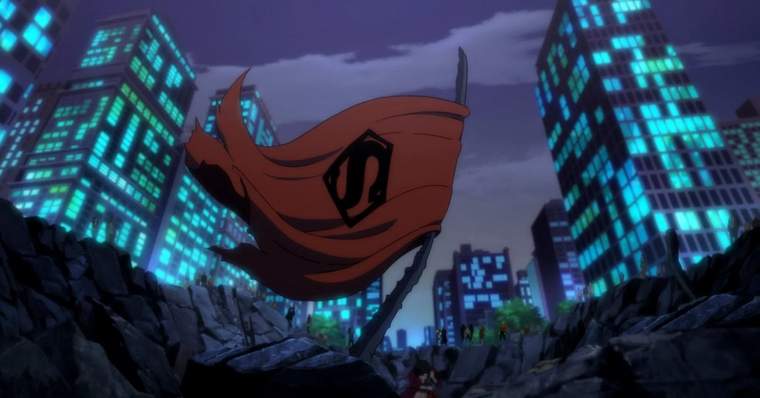 Well, if in 2007, DC Comics was still in its early days in animation, more than a decade later, the publisher was already well known for its productions. Therefore, as part of its New 52 universe, we had a new adaptation of The Death of Superman, which was very successful.

Although it was somewhat criticized for the way it treats the Man of Steel, the new film knows how to focus very well on the emotional elements that make up the arc in the comics, giving us time to say goodbye to this hero and recognize his importance to the world, something that not even Batman v Superman: Dawn of Justice was able to do.

It’s a shame that Reign of the Supermen‘s sequel left a bitter taste in fans’ mouths, but there’s no denying that the 2018 film knows how to work one of DC Comics’ biggest icons well. Unfortunately, the character had no other solo adventures before or after this New 52 continuity. 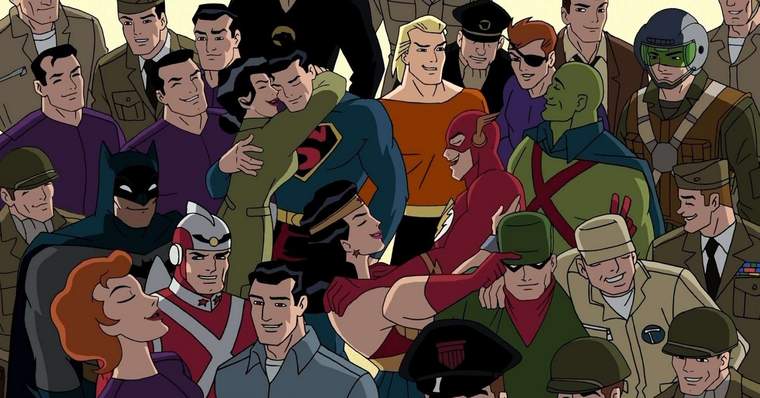 A beautiful tribute to the Silver Age of comics, a time when everything was simpler, and heroes were the pinnacle of truth, justice, and freedom, Justice League: The New Frontier is an exquisite animation that stands out from the others released by DC Comics mainly for its even more stylized animation.

The feature film is based on the comic book of the same name by Darwyn Cooke and is set in the 1950s, providing a classic and refined atmosphere for the heroes’ adventure. Here, we see the team’s formation in a very interesting way, with various heroes joining the group to defeat an entity that plans to eradicate humans.

In short, the plot knows precisely where to go to explore figures like Green Lantern, Martian Manhunter, Flash, and Wonder Woman, without focusing excessively on Superman and Batman (something later films ended up doing). It’s a great story and a reminder of how vital superheroes are, not only to DC Comics but also to pop culture in general. 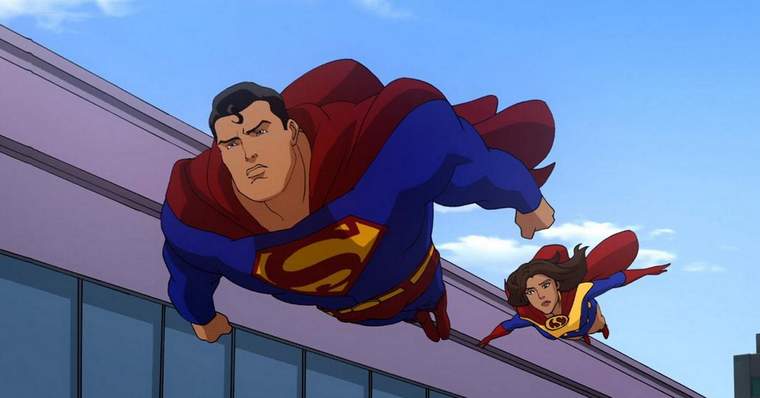 Based on the comic book of the same name by Grant Morrison and Frank Quitely, and written by none other than Dwayne McDuffie, the All-Star: Superman animated movie is a brilliant exercise in exploring and developing the Man of Steel, providing a timeless story about the hero’s role on Planet Earth.

In the plot, we see Superman in his most fragile form. He is terminally ill and knows that he will die soon, so he must run around and resolve various issues to leave a better world before his departure. Through this, we see all the goodness and the weight of the hero as he fights against the clock.

The animation doesn’t have many action sequences and prefers to explore a different side of Superman, always working on his relationship with civilians and even with Lois Lane, Superwoman in this universe. For those who like the hero, this is an indispensable animation that knows how to work precisely the hope that Kal-El stands for. 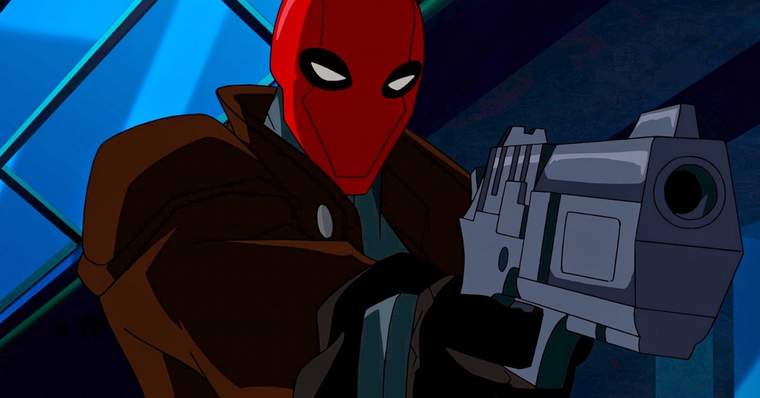 In the very first place, representing DC’s best animated film to date, we have Batman: Under the Red Hood. It can perhaps be found on lists of best superhero films of all time, ranking alongside several multi-million dollar live-action films. And all this is due to the impeccable quality of the storytelling and animation.

In the plot, we are taken on a journey through the Dark Knight’s life since he still has the rebellious and irresponsible Jason Todd as Robin. Tragedy strikes when the Joker “kills” Todd in an insane and visceral attack, which opens the door for the Red Hood’s arrival and the great mystery behind the movie.

The film may not have very explicit violent scenes, but it has weighty themes and a mature narrative. Also, the Red Hood (who is no more than Jason Todd, seeking revenge) proves to be a worthy adversary, attacking the Dark Knight at all his weak points, whether physical, emotional, or psychological.