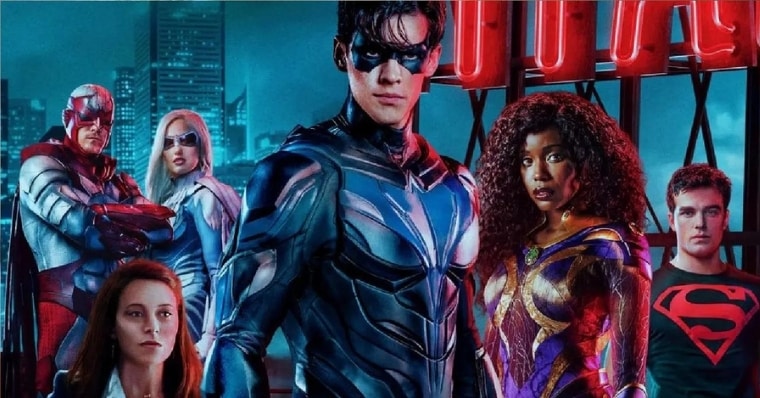 The highly anticipated Titans Season 3 is adapting an acclaimed arc from the DC Comics by turning Jason Todd (Curran Walters) into the Red Hood.

In A Death In The Family, Todd, still known as the 2nd Robin, is beaten by The Joker with a crowbar and left to die in a warehouse, which is then hit by an explosion. Titans’s first episode plays out the tragedy in a similar fashion.

Todd manages to discover the Joker’s whereabouts in an old theme park and decides to confront him, along with Batman… But despite his attempt, the boy is drugged by inhaling gas and loses consciousness. He is then attacked by the Crime Clown.

Later, we see Dick Grayson (Brenton Thwaites) in the Batcave, where he finds Bruce Wayne (Iain Glen) cleaning all the blood off his costume.

That’s when Batman tells the former child prodigy the hard truth, revealing that he killed The Joker with the crowbar the villain used to kill Todd.

“I ended it. You know what he was doing as I caved in his skull? He was laughing. He laughed at me because he won. You and Barbara were right. It’s all a game I should have stopped playing a long time ago. It’s over for me now.”

Lamenting, Bruce tells Grayson that he needs to retire before more tragedies happen, giving him total freedom to take care of Gotham.

“You see things I don’t. You saw that Jason was in trouble, that he was involved in something. Because you care more than I did. The city is yours now. Save it. Do what I couldn’t Be a better Batman.”

Dick tries to go after him, but Bruce disappears into the shadows.

So, the Joker is dead, and Batman was the culprit…Now the Titans must try to save Gotham. Will Dick become the next Batman? Now we can only wait to find out how the season will unfold.

Todd is resurrected under the controversial codename Red Hood in the comics, becoming a cold and calculating killer. Despite being little adapted in animations, the character has become one of DC Comics’ most popular anti-heroes.

And it looks like this transformation will be something of a SHOCK in upcoming episodes of the series, as scriptwriter Prathi Srinivasan has assured us.

She revealed the news when a Twitter user asked her to describe the situation with just one word.