In its ninth and final episode, WandaVision brought a mystical conclusion to Wanda Maximoff‘s new adventure. In the episode, the heroine steps into her rightful place and becomes the Scarlet Witch, opening the door to chaos magic in the Marvel Cinematic Universe for good.

Simultaneously, the episode introduced a cursed and hazardous artifact straight out of the comics. The Darkhold seems to be a crucial piece for the next stories in the franchise, especially Doctor Strange in the Madness Multiverse. In this list, we’ve gathered everything you need to know about Marvel’s Book of Sins!

What is the Darkhold? 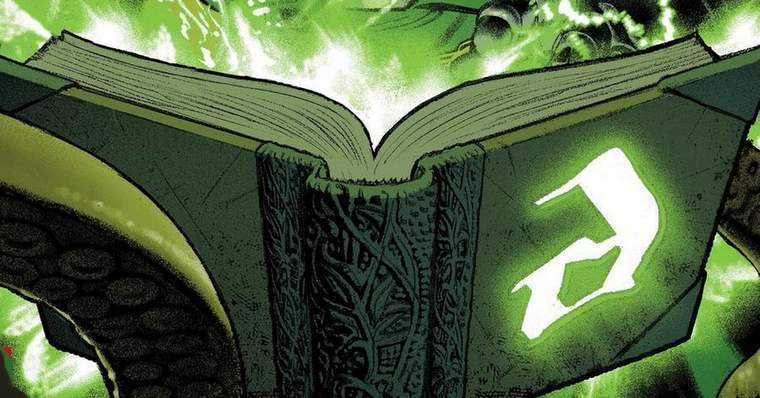 Known as the “Book of Sins” and the “Book of the Damned,” the Darkhold is a powerful grimoire, a book of spells, curses, and other diabolical magical knowledge. This book is considered a myth by many since it is almost always hidden and out of reach.

Several powerful beings have taken over the Darkhold in the comics. In one Doctor Strange arc, Dracula even conquered the book, searching for a spell that could bring him vampire dominance. Other notorious users are Mephisto and Doctor Strange himself, although the latter is very careful about opening the unholy pages.

Who Wrote the Darkhold? 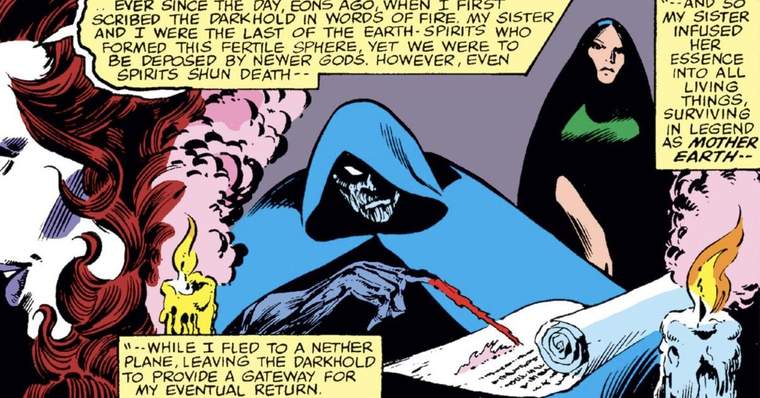 The Darkhold was a book written when human history was not even recorded. The one responsible for writing it was the evil Elder God known as Chthon, who at one point in his life came to dominate the Earth as the God of Chaos before forced to flee Earth from Demogorge, the God-Eater, and locked inside Mount Wundagore in Transia.

Chthon created a book with all his spells and teachings to continue his machinations even if he was defeated. Initially written on flesh before being transcribed to stone and later a collection of scrolls. Eventually, these scrolls were bound together into a tome of the codex type, named “The Darkhold.”

What is in the Pages of the Darkhold? 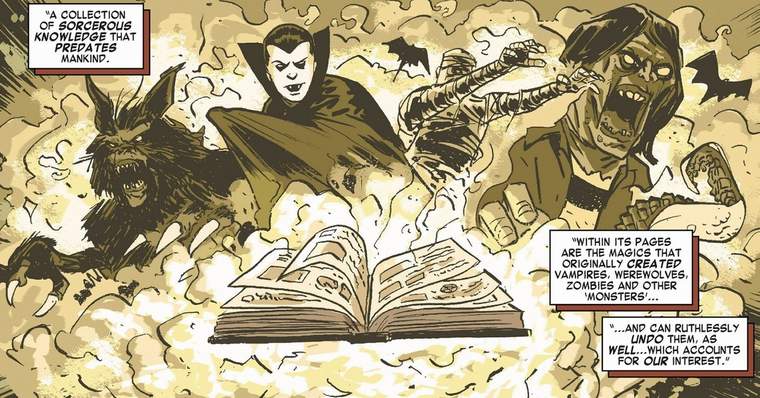 The book is full of information regarding the spells, magic, and curses created and used by Chthon. This includes a lot of bizarre and dangerous stuff. However, most of the book was never revealed since it always appears as a mysterious and sinister artifact that very few sorcerers dared to read.

Still, some things that can be found in the book: the “formula” used to create vampires, mummies, and lycanthropes; ways to access limbo; ways to conjure the Darkforce, energy from the Dark Dimension; a spell that can wipe out all vampires on Earth; ways to control minds; and summoning spells for Chthon and other macabre gods.

Who can Read the Darkhold? 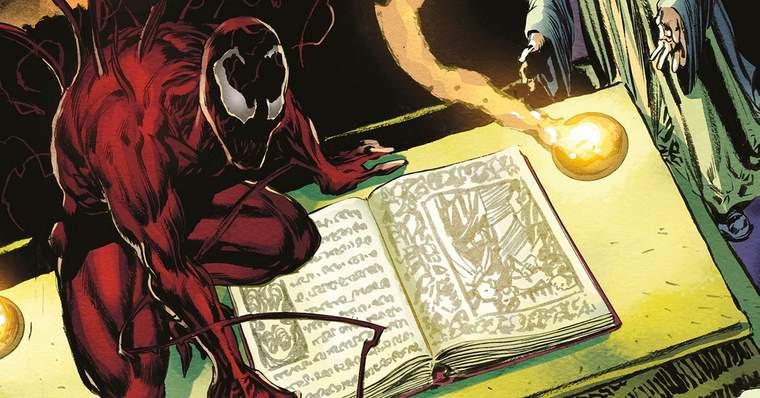 In theory, anyone can read the Darkhold. The book has a powerful spell applied to its pages to adopt a universal language. In other words, if you open the book, it will adapt your language, so you can read and understand it without having to decipher it.

The book is very seductive to villains and creatures who desire ultimate power. An example of this was Carnage himself, who has even used Darkhold in some stories. Another attraction of the book is how it mixes magic and science, creating compelling, magical technologies.

What Happens to Those Who Read the Darkhold? 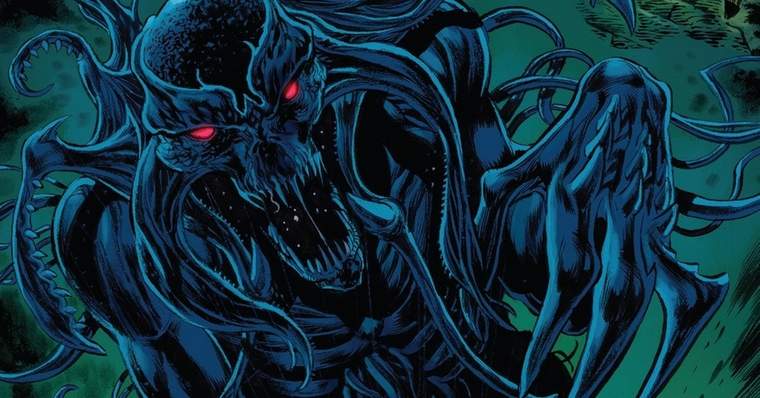 However, every form of magic has its price, and with Darkhold, it would be no different. The book serves as a “portal” to Chthon‘s soul. Although the Elder God is trapped in another dimension, his purpose is to open the door to Earth. Through Darkhold, he can still use his influence and power and possess those who access his cursed tome.

Those who come into contact with Darkhold need to be initiated and very well trained in magic skills to maintain all the necessary protections against the God of Chaos. On more than one occasion, well-intentioned users of the book have been corrupted into villains due to Chthon’s nefarious influence. 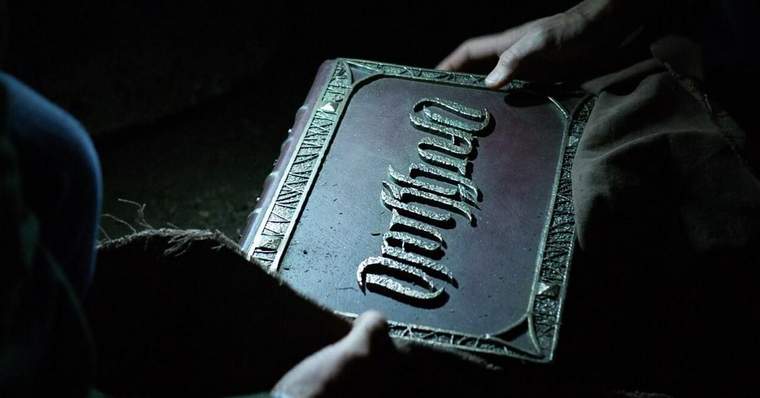 Yes. The book has been adapted into other media in very different ways. The first time it appeared in a TV series was in the fourth season of Agents of S.H.I.E.L.D., initially being used by Eli Morrow (the uncle of Robbie Reyes, the Ghost Rider). Later, the book falls into the hands of AIDA, the season’s main villain.

AIDA uses the book’s written knowledge to create a new framework, an artificial reality into which she can send the minds of her “victims.” She also attempts to use the book to create an organic, superpowered body for herself. When she is defeated, Ghost Rider takes the book and decides to hide it in another dimension.

Is the Darkhold in Runaways? 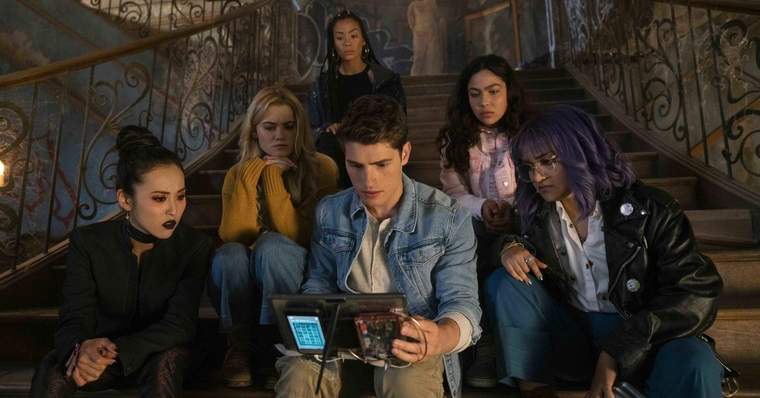 Yes, the book also appeared in the series. Apparently, Robbie Reyes didn’t hide the book well, as it resurfaces in Runaways. Visually, it is the same object, but there are no direct references to what happened in Agents of S.H.I.E.L.D.. Here, the book appears in Morgana Le Fay‘s hands, a powerful sorceress who has escaped from the Dark Dimension.

Morgana manages to steal the book and use it to influence Earth’s technology to create an army of “followers.” Eventually, the book falls into the heroes’ hands, managing to use it to perform a banishment ritual against Morgana Le Fay. At this point, the fate of the book had been left wide open.

What does Darkhold Mean in WandaVision? 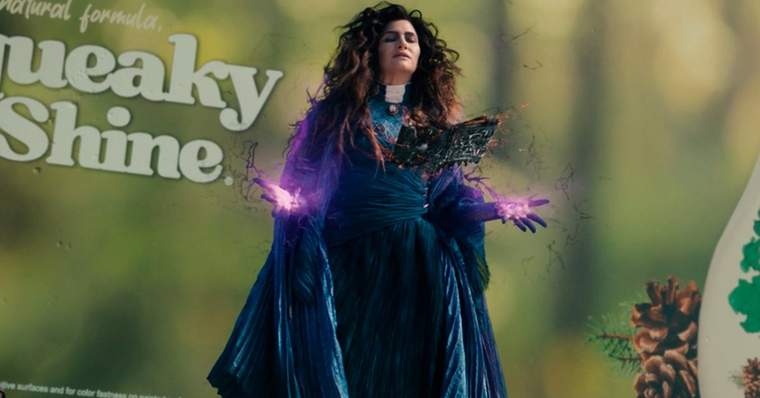 Now, in WandaVision, we have the return of the artifact. This time, the book belongs to Agatha Harkness and is kept hidden in the “secret” part of her house, where Wanda Maximoff goes at the end of the seventh episode. The book contains a whole chapter dedicated to the Scarlet Witch and her role in bringing the end of the world.

Whether because of its appearance or even the way it just “appears” in Agatha’s hands, without much prior explanation, many fans believe that this Darkhold is not the same one seen in Agents of S.H.I.E.L.D. and Runaways. A theory that further proves that the previous series produced by Marvel Television is not part of the Marvel Cinematic Universe. 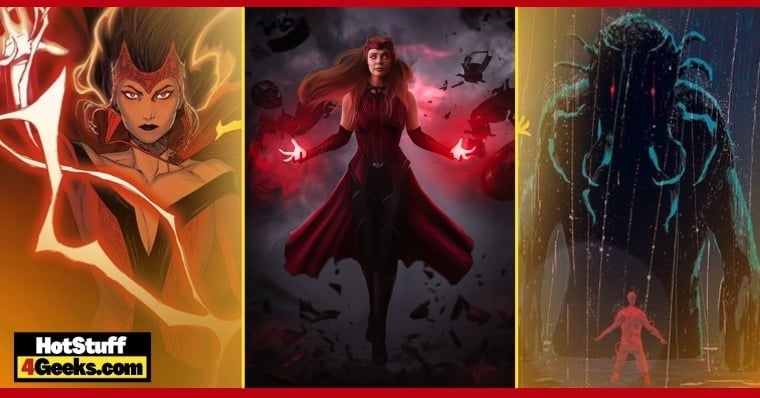 In the Marvel comics, Chaos Magic is exactly how it sounds – magic that is, for want of a better word, chaotic. Scarlet Witch is a profound user of this ability. 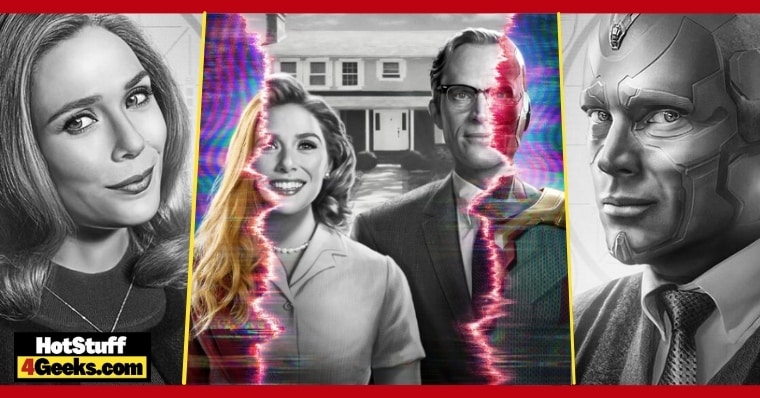 Wandavison Recap: The Best Moments of the Season

The MCU’s Wandavision has ended. It’s time to recap and revisit the best moments and scenes from the Marvel miniseries. 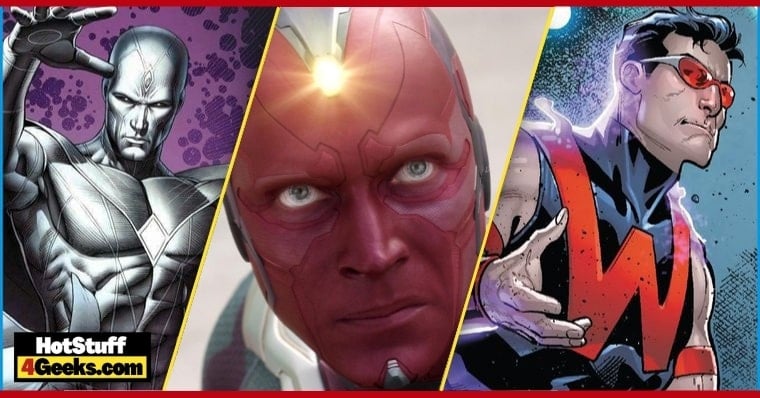 Who is White Vision? WandaVision introduced us to a new version of the character, who bears little resemblance to the Marvel Comics original.