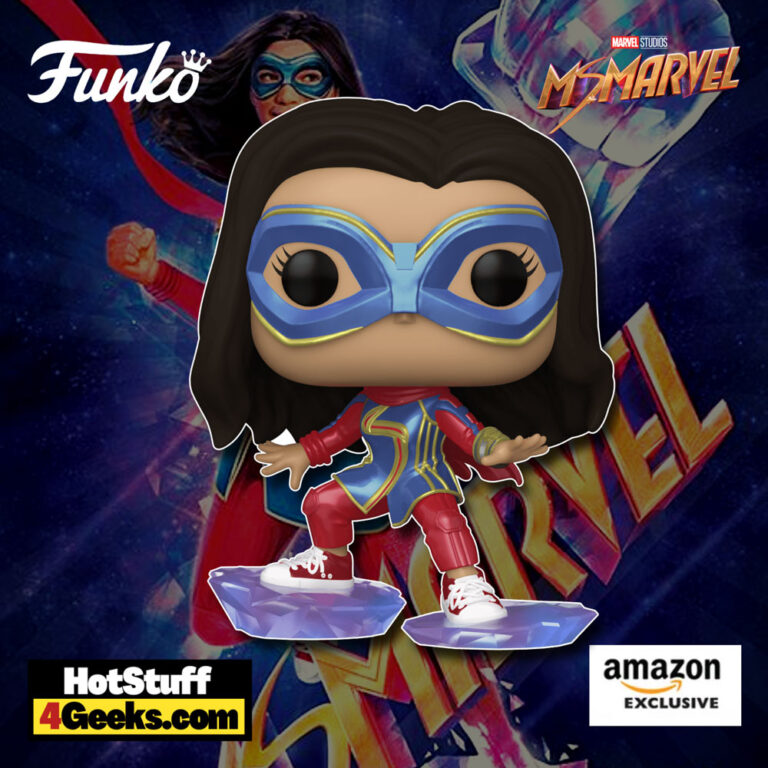 Kamala Khan as Ms. Marvel? Complete with shape-shifting abilities? The teenager took over the reins of the Ms. Marvel mantle from Carol Danvers in 2014.

And she’s been making big waves in Marvel Comics ever since.

Ms. Marvel Hard Light Funko Pop! is now available for pre-order at the links below (click to jump!) It’s expected to be released on October 21, 2022. 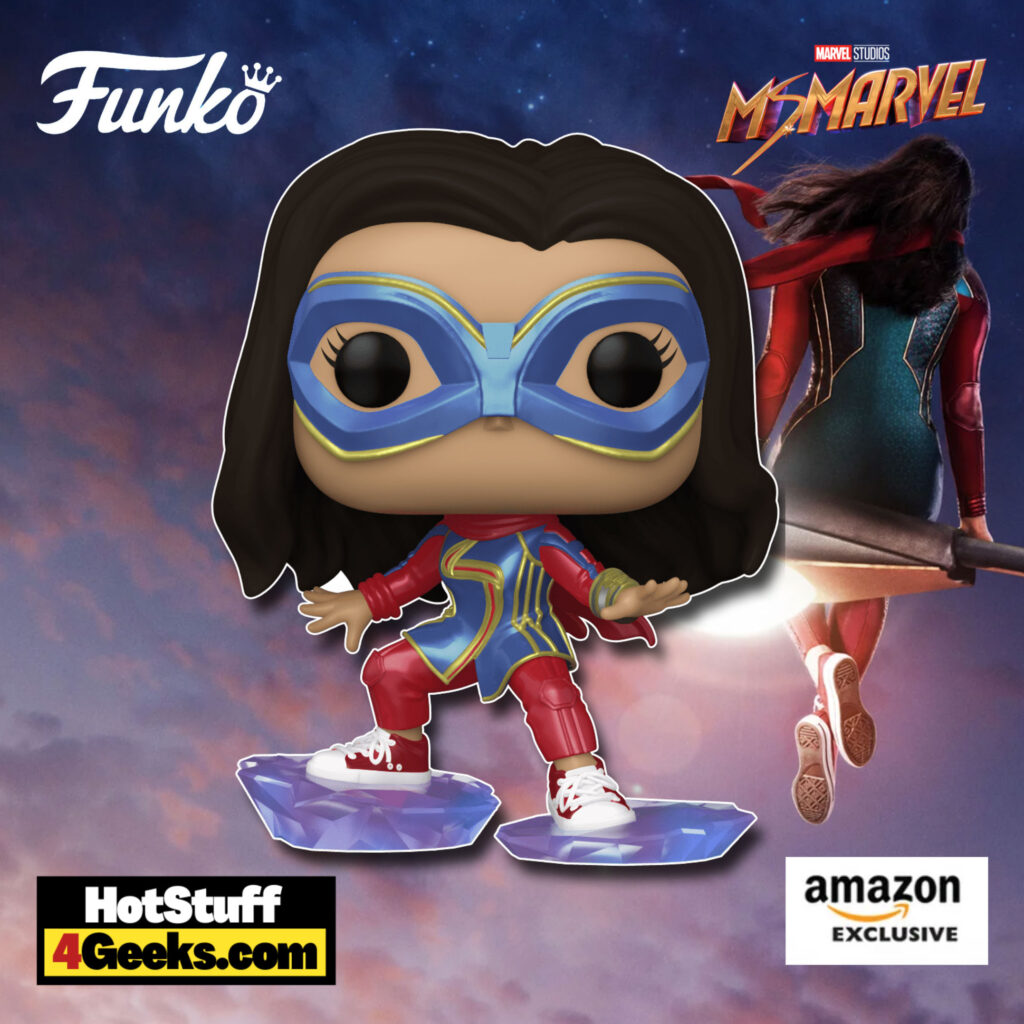 Kamala Khan is the first Marvel heroine with a Muslim background to have her own comic book.

She is the daughter of immigrants from Pakistan and lives in the United States with her parents and an older brother.

Although she is still a teenager, she experiences very interesting dilemmas, such as religious prejudice and bullying.

Besides having a strict family, she does not hide her nerdy side and her passion for games, fanfics, social networks, and superheroes.

Kamala is a passionate follower of Captain Marvel and knows everything about Carol Danvers’ life.

One of the most significant controversies involving Ms. Marvel on TV is the change in the origin of the superheroine’s powers.

In the comics, she is exposed to the Terrigen Bomb, which awakens special abilities in Inhumans and transforms her into a polymorph capable of altering the composition of her own body.

She will find a magical artifact in the series that will allow energy projections, probably of cosmic origin.

The alteration directly affects one of the heroine’s comics’ main lessons.

Kamala has a power that alters her appearance, and she, at first, makes moves to conform to an idealized standard of beauty in Captain Marvel herself.

The character’s journey seeks acceptance with her body, her skin color, and her cultural origins, and some of this is lost in the TV series.