Inspired by one of the most lovely characters in the 2009 Disney movie, The Princess and the Frog, and featuring one of the smartest women in the swamp, comes the new Funko Pop! Disney Princess: Mama Odie With Snake Funko Pop! Vinyl Figure – BoxLunch Exclusive.

Mama Odie is an older woman who is wise in the ways of voodoo and simply knows how to get things done! She is a powerful woman, and she was able to help Tiana and prince Naveen when no one else could.

Her pet snake named Juju is a huge reptile that is always slithering around Mama Odie’s neck or coiled up on her shoulders and has a tendency to pop up at unexpected moments.

But despite its fearsome appearance, Juju is actually quite friendly and even seems to enjoy being petted and handled. In fact, it seems to be more like a loyal dog than a dangerous snake!

The BoxLunch exclusive, Mama Odie With Snake Funko Pop! is now available for order at the links below (click to jump!) 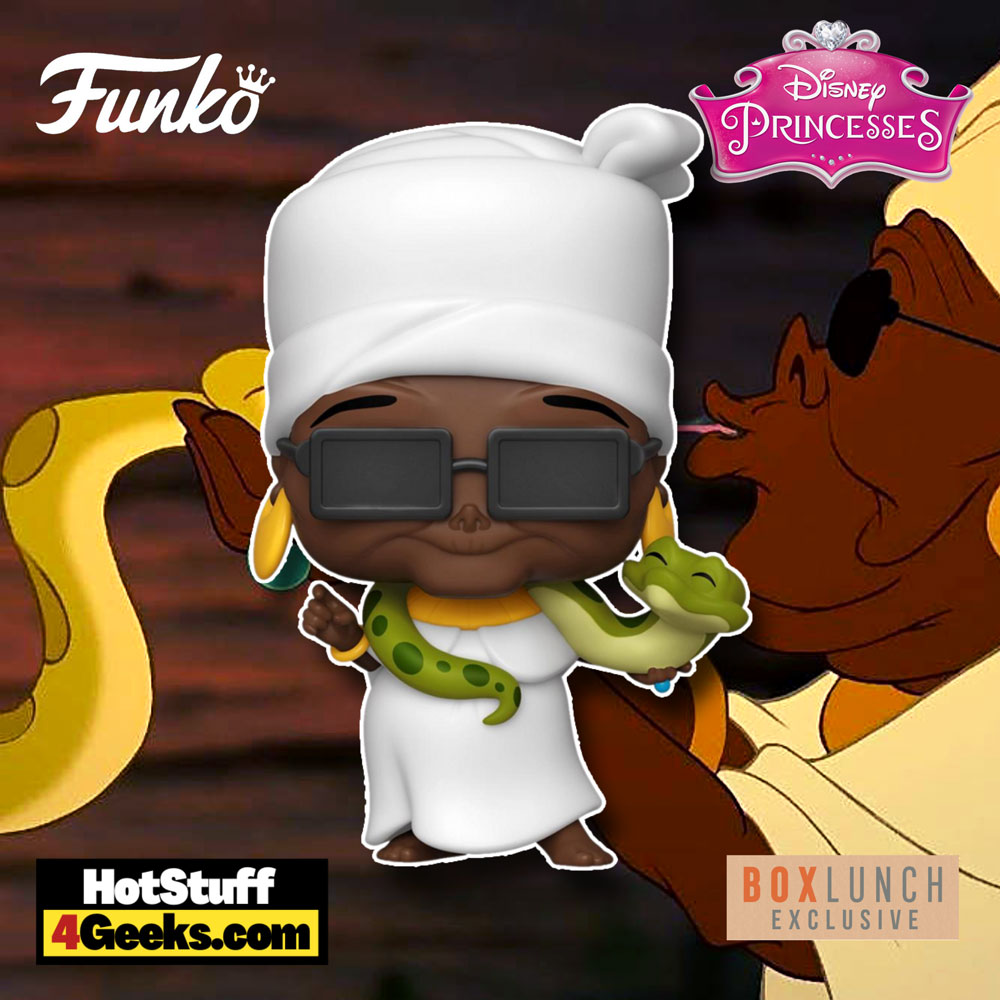 The Princess and the Frog is a classic Disney animated film with a profound and touching story that is funny and heartbreaking.

Set in New Orleans during the Jazz Age, the film follows a young woman named Tiana who dreams of owning her own restaurant.

When she kisses a frog prince who has been turned into an amphibian by an evil voodoo sorcerer, she too is transformed into a frog and must find a way to become human again before it’s too late.

Along the way, Tiana learns that what she really needs to succeed in life is not worldly things like money or fancy restaurants but instead determination, hard work, and most importantly, love.

The Princess and the Frog was well-received by critics and was a commercial success. It was also nominated for three Academy Awards: Best Animated Feature, Best Original Song (“Down in New Orleans”), and Best Original Score.