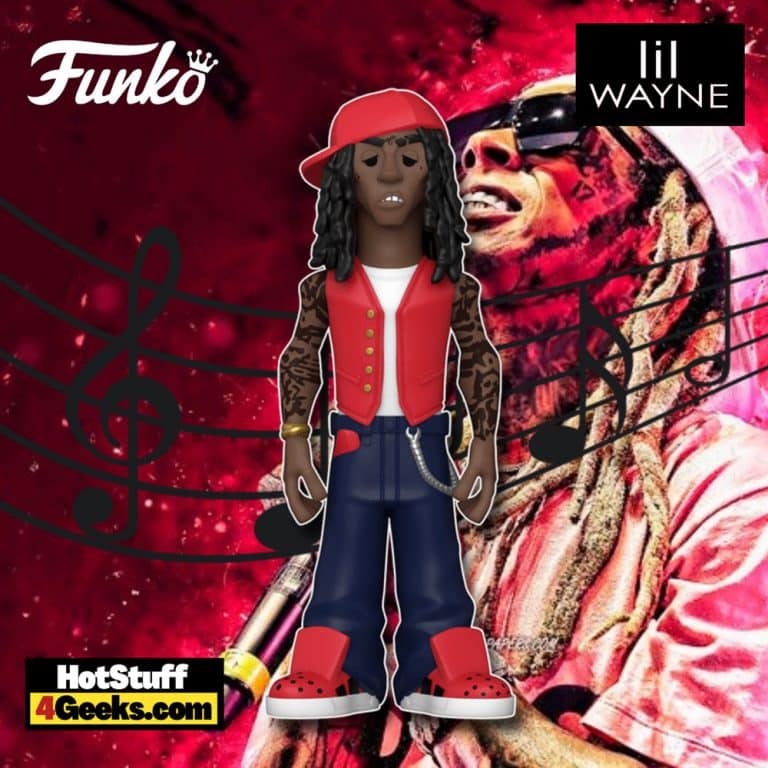 Some consider Lil Wayne to be the father of modern rap. Others consider him one of the greatest rappers of all time (including Billboard). Regardless of his unofficial title, the New Orleans star, whose real name is Dwayne Michael Carter Jr., is also a controversial figure in and out of music circles.

Wayne has sold more than 120 million records and won five Grammy Awards, according to NBC News. His raw talent, rebellious nature, and unabashed personality come together in a powerful combination that continues to influence generations of artists who have followed him.

Lil Wayne 5-inch Funko Gold Vinyl Figure is now available for pre-order at the links below (click to jump!) Also, don’t forget to check more images of this figure right down. 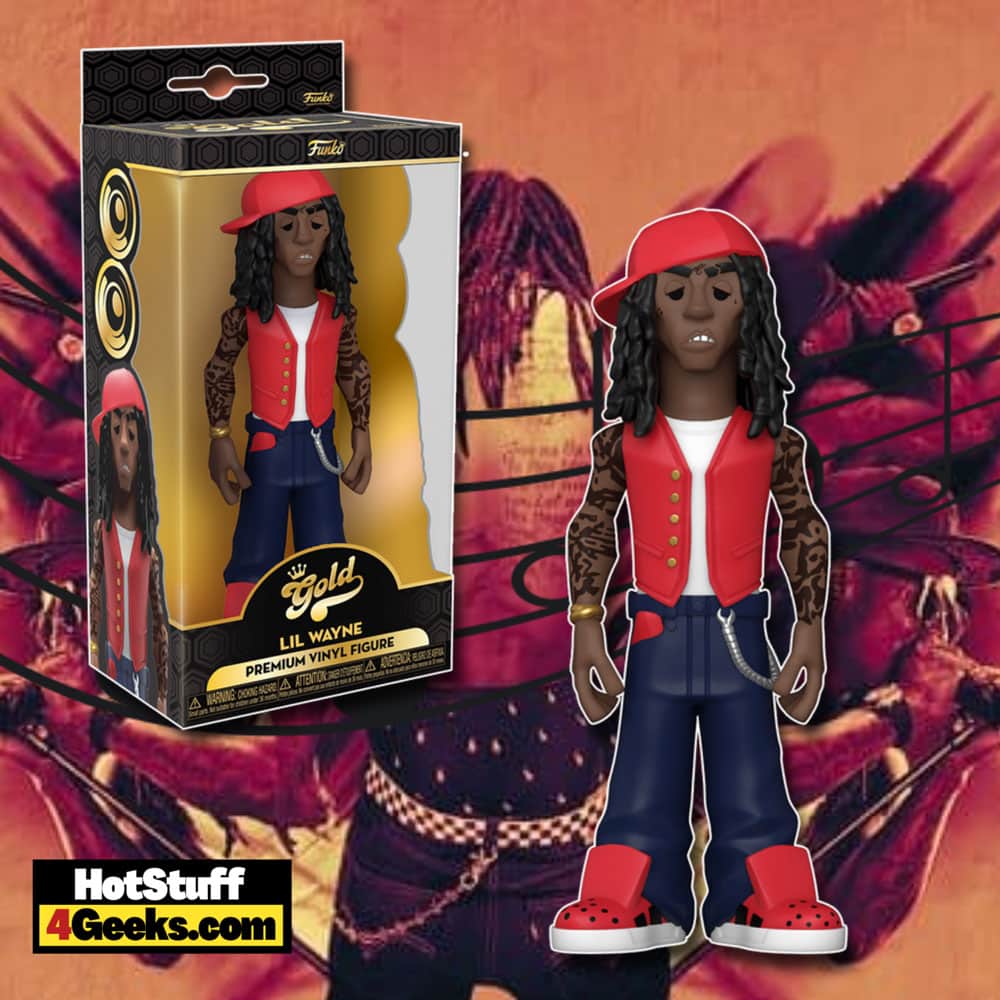 Lil Wayne proved he was a force to be reckoned with when he was only 8 years old. He grew up in Hollygrove, an impoverished neighborhood in New Orleans, which he mentions in “Hollyweezy” as he sings about being “too Hollygrove to go to Hollywood.”

His father abandoned the family when he was a child. In February 2009, he explained that he opted to drop the D in Dwayne because he didn’t want to carry his father’s name.

His early years were no less stormy than his adult life. At age 11, Wayne met Bryan “Birdman” Williams, co-founder of the thriving New Orleans hip-hop label Cash Money Records, who featured him on several tracks. 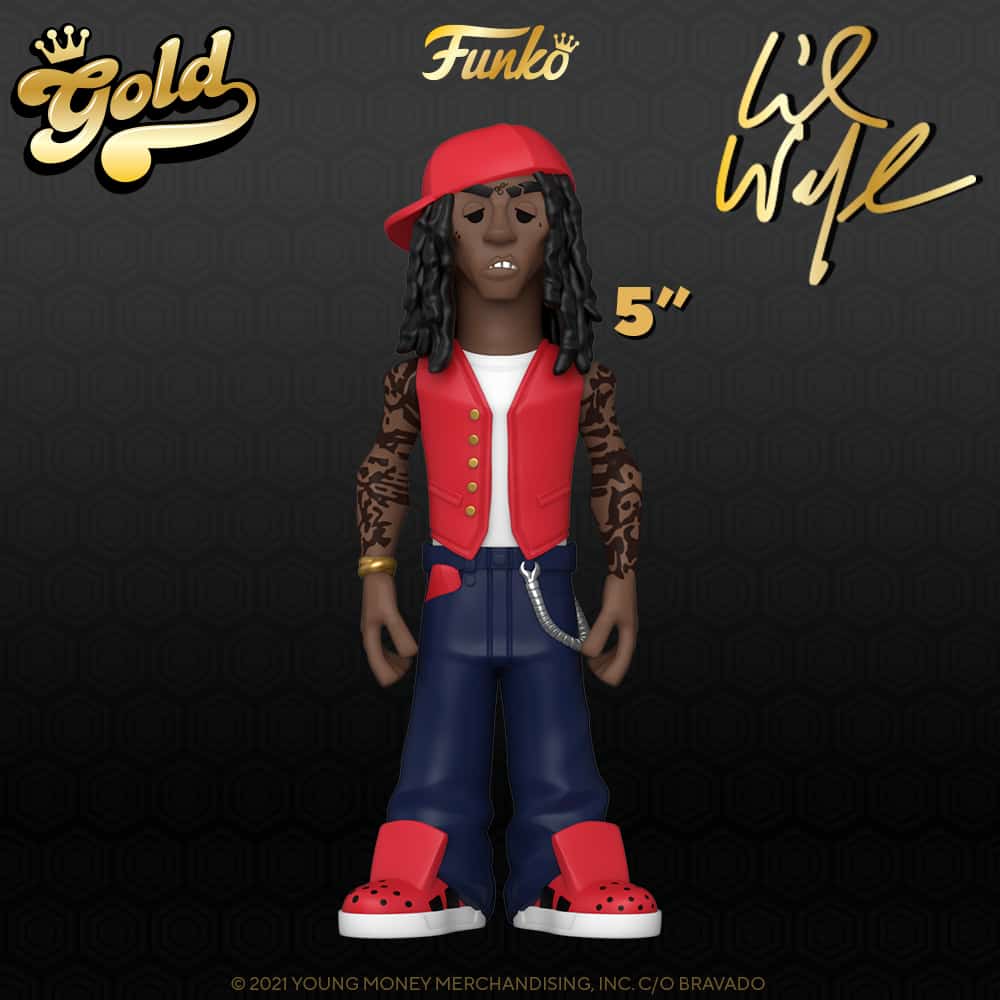 Lil Wayne 5-inch Funko Gold Vinyl Figure is now available for pre-order at the links below (click to jump!)

A year after meeting Birdman and launching his professional career, Wayne attempted suicide, he said in 2018. He had previously maintained that the self-inflicted gun wound was accidental.

Lil Wayne never wanted to do anything but rap. When he was 12, he tried to end his life after his mother told him he could not continue his hip-hop music.

But he persevered and, in 1997, joined the Hot Boys, becoming their youngest member at age 14. Then, at 17, Wayne launched his solo career with the album “Tha Block is Hot,” released by Cash Money Records.

The album debuted at No. 3 on the Billboard 200. and sold more than 229,500 units in its first week, according to Y105, immediately bringing Wayne’s Southern rap style into the mainstream.

His career peaked in 2008 with “Tha Carter III,” which sold one million copies in its first week. His overconfidence from previous years didn’t seem so silly at this point.