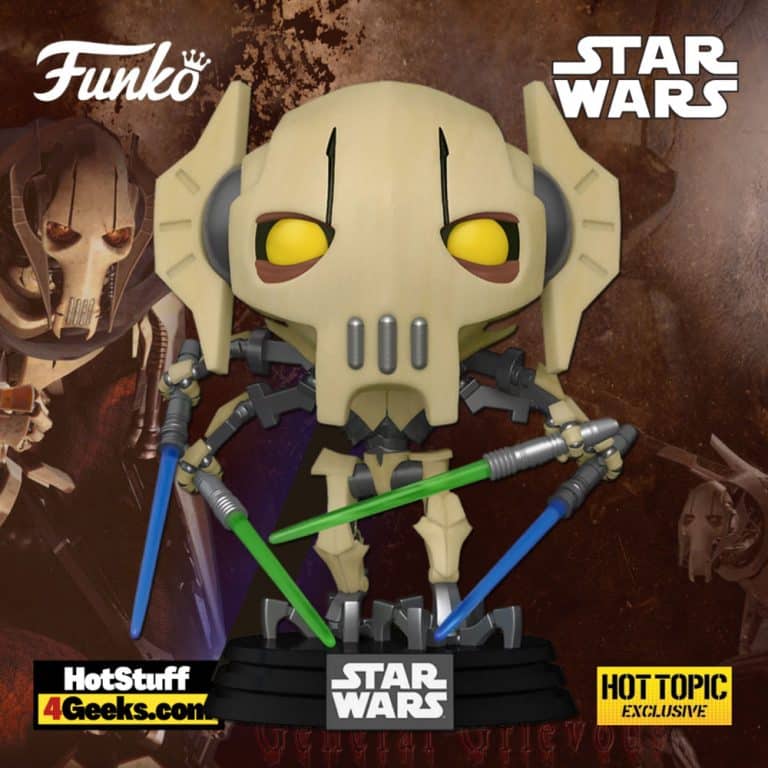 Jedi hunter, General Grievous, from Star Wars has been given the Funko Pop! treatment.

At first glance, you might think that Grievous is a droid, but in reality, the general is a Cyborg; An organic living being that, through cybernetic implants, has managed to transcend its mortality, to the point of almost losing all the features of a biotich being.

The general belongs to the race of the “Khalesh” native to the planet Khalee; This race maintained a conflict with the “Huk,” an insectoid species that sought to take over Khalee.

His real name was Qymaen Jai Sheelal. Since he was a child, he was trained by his father to be integrated as soon as possible to the war conflicts that were being fought at that time. 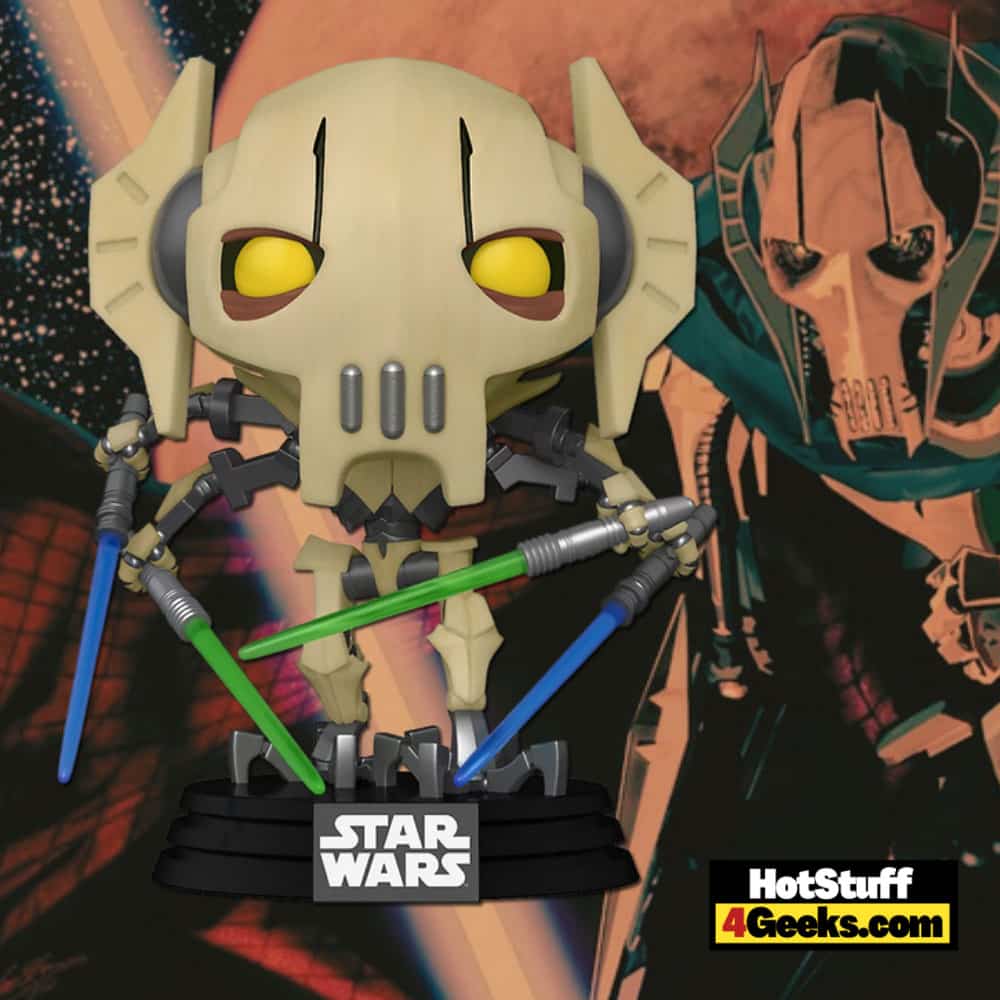 Grievous became an infallible marksman with highly developed skills, specializing in using a personally modified DT-57 “Annihilator” blaster. Thanks to his skills, Qymaen Jai Sheelal, rose a very high number of victories, the same attribute that led him to be considered a deity for the Khalesh.

Due to the poverty of his people, Grievous became a collector for the Separatists, which is why influential members such as Count Dooku, and Darth Sidious himself, saw a great future in him.

While traveling in a ship to defend his people, it explodes, and although Grievous managed to escape in an escape pod, his body was severely injured. Nevertheless, Dooku found him and, using The Force kept him alive.

Grievous’ body was destroyed, but he was still alive. Dooku offered him to rebuild it and bring peace to his people on the condition that he join the separatist army, a proposal to which Grievous agreed with the only request that he keep his mind intact.

His metamorphosis began, covering his wounds and supplementing him with battle droid parts and even blood from some dead Jedi they had collected. However, his mind did not remain fully intact as parts of his memory were erased, and emotions of hatred and rage were raised in him as a sort of programming like any other battle droid.

Grievous became the most feared Jedi assassin in the galaxy as he collected his sabers and used them to continue killing more Jedi. All these feats gave General Grievous great fame, which the Separatists took advantage of to unite more systems to their cause.