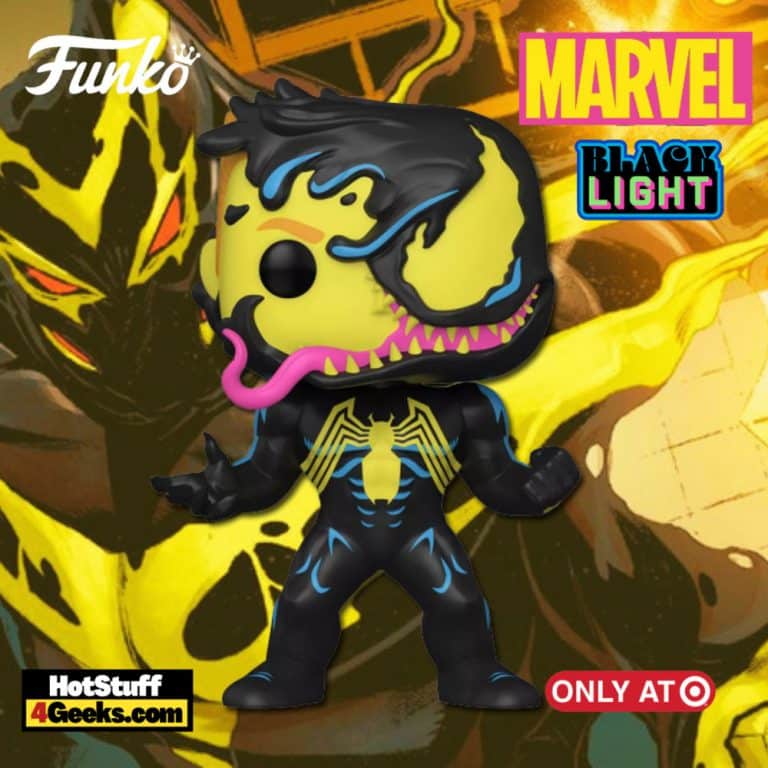 Sharing your body with an alien really does a number on the brain. You can see that struggle in this new Eddie Brock Blacklight Funko Pop!  Let’s be honest—its mid-morph blacklight design is just plain cool!

Venom is one of the villains of the Spider-Man universe: he is the result of the union of a failed reporter, Eddie Brock, with an alien goo that gives superhuman powers to hosts, necessary for their survival. He’s kind of unpredictable—there’s really no telling who he might bond with next! Why, it might even be you!

Eddie Brock is a tragic character. He has been a villain, he has been a hero, and today he walks a thin line between good and evil. He is the very antithesis of Spider-Man. He’s what Peter Parker could have become without the good example of his uncles to guide him on the road of life. 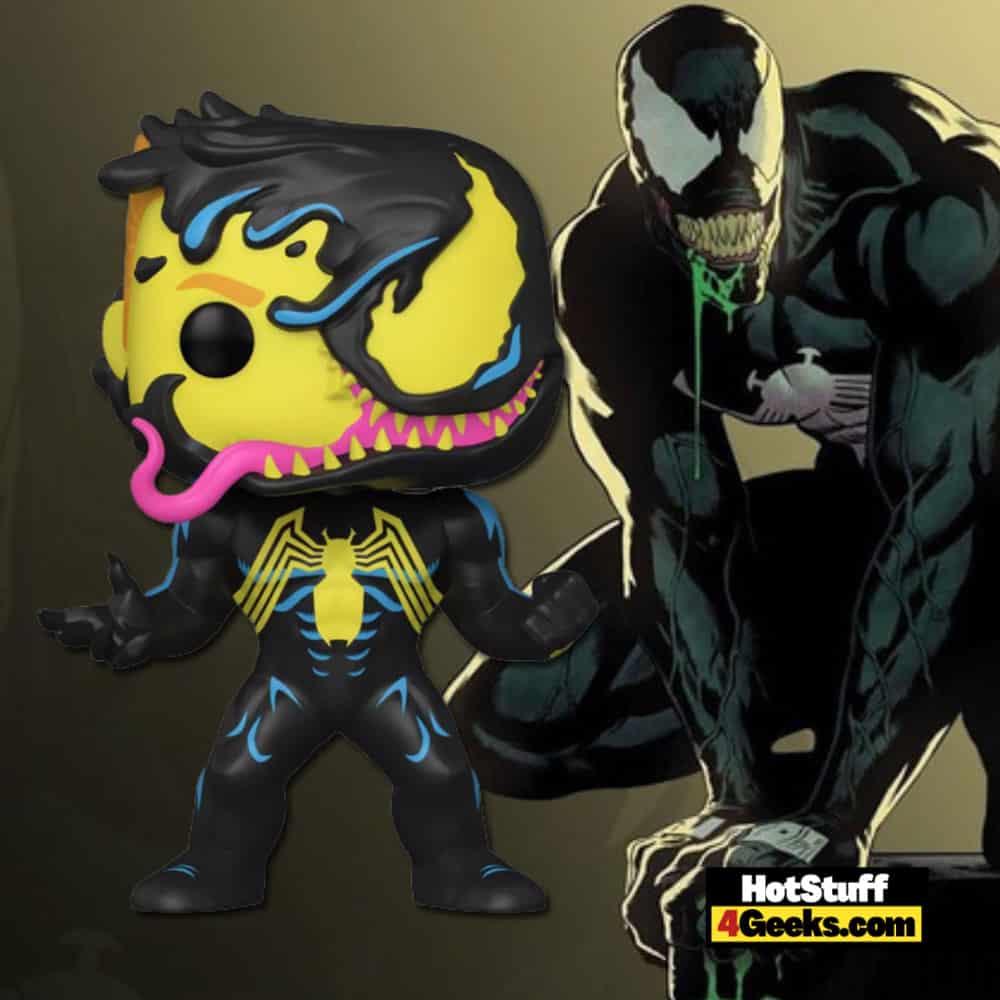 His story has just gotten even more tragic. Venom #10 shows a rather sad event in the character’s life long before he meets the symbiote that turned him into the lethal protector.

The story shows Eddie telling his newfound half-brother why his father hates him so much, and it’s a heartbreaking story. Then, a series of flashbacks show a little boy running after a dog down the street and a car coming at him at high speed.

Eddie’s father does his best to stop the accident from happening, yelling at the top of his lungs for the boy to get out of the way, but it is too late. At first, it seems that the little boy with the dog is Eddie Brock himself, but the truth is much more shocking.

The car hits the child head-on. The doors open, revealing a teenage Eddie Brock emerging from the driver’s seat, completely drunk. He was driving drunk and killed an innocent little boy. Eddie, filled with guilt and remorse, turns himself into the police and says that he will plead guilty because he did something terrible and deserves to suffer the consequences.

It turns out that Eddie’s father was an important figure in the community and could not have a son in jail, so he goes to the boy to convince him to do otherwise. And how does he do this? By beating the boy until he says he is innocent.

This event really broke Eddie Brock inside and helped build the dangerous and desperate man he became as an adult. This is perhaps the saddest and most tragic story of the character’s life, and when it comes to Venom, that means a lot.

Venom: Let There Be Carnage movie has been given a trailer and a release date: September 24. The second film of the antihero played by Tom Hardy will clash with the villain Carnage (Woody Harrelson). Watch the trailer below.