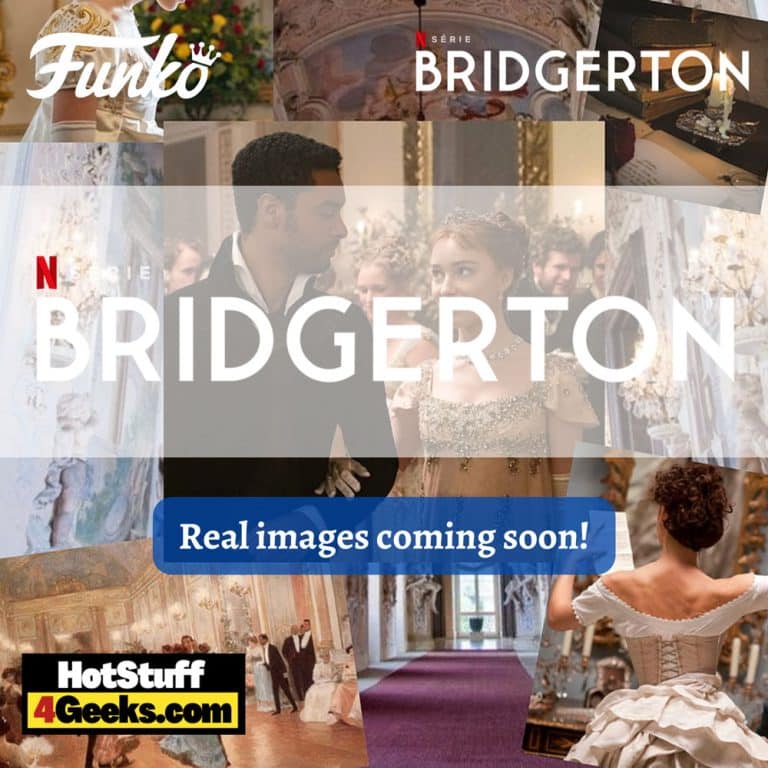 Inspired by Bridgerton, which officially became Netflix’s biggest hit ever, comes the first wave of  Bridgerton Funko Pops to collect, featuring some of our favorite characters from the show.

Just imagine if the only problem in your life was finding someone decent to marry while keeping up appearances and “good” family manners?

That’s precisely the premise of the new Netflix series Bridgerton. Created by Shonda Rhimes, already known for stories like Grey’s Anatomy and Scandal, the new series is based on Julia Quinn’s bestselling novels, which is now taking over the list of most-watched releases.

The TV show smashed all viewing records to become what the streamer itself is calling “the biggest series ever on Netflix.” And as expected, Funko is always alert. Here’s the breakdown for this wave:

Bridgerton is a story that takes place about 100 years ago and adapts the problems of the aristocracy with elements of fairy tales, featuring princes and duchesses, and a pop-culture twist, with modern songs, adapted to classical music. The plot brings a story of romance that, in eight episodes, talks about pride, betrayal, and the idealization of the perfect life.

The story is built around Daphne Bridgerton, played by Phoebe Dynevor, the next young woman in the Bridgerton family to search for a husband.

High society balls are the perfect way for men to introduce themselves to unmarried young women and their families, where a marriage proposal is expected even before any feelings exist.

While Daphne tries to find her true love, on the other side is Simon Basset (Regé-Jean Page), a young man also from a wealthy and well-regarded family, but who does not want to get married or have children. So, it’s clear that the lives of the two would intertwine, forming the series’ grand love affair.

The series also has the mysterious character Lady Whistledown, who regularly distributes a small printed newspaper with the best gossip of the region. Even though some pretend not to care, these comments directly influence the behavior of these people who just want to be well-liked and avoid scandals.

Nevertheless, the story portrays a world of injustice, a bit of the appearance issue that needs to be maintained by rich people and people from lower social classes who suffer from misery.

There is also a bit of sexism, with many characters stating how difficult it is to be a woman in that society, some of them not being content just to be wives of rich husbands. However, all of these issues are presented subtly, focusing on romances and gossip.