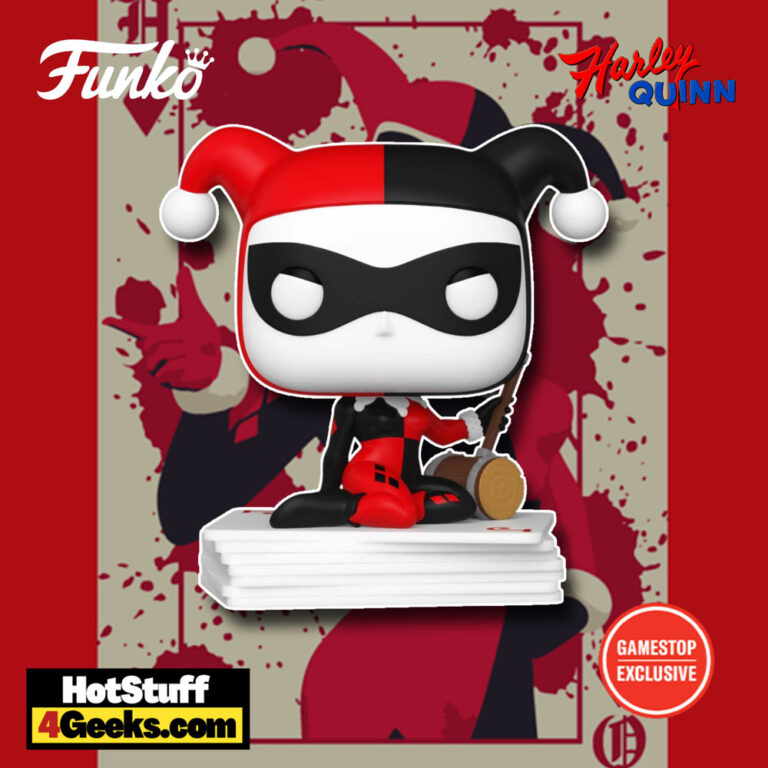 Harley Quinn has been causing chaos since 1992. To celebrate the 30th anniversary of this anti-hero full of charm, love, and weirdness, the new Funko Pop! Dc Comics: Harley Quinn 30th Anniversary – Harley Quinn With Cards Funko Pop! Vinyl Figure – GameStop Exclusive is arriving and depicts Harley Quinn, whose personal style is as delightfully deranged as her personality.

Harley Quinn is turning 30 years old this year, and she’s still as popular as ever. First introduced in 1992, Harley Quinn is a fan-favorite character who has appeared in numerous comics, cartoons, and movies.

Harley Quinn debuted in “Batman: The Animated Series” as the Joker’s sidekick and gained popularity over time due to her relationship with Poison Ivy. After leaving the Joker behind, she joined the Suicide Squad and became even more popular.

Over the years, Harley Quinn has undergone a lot of changes, but her core personality remains the same: She’s funny, resourceful, and fiercely loyal to her friends.

Whether you’re a fan of Harley’s original costume or her more recent outfits, this Pop! is sure to please. So round up your friends and get ready for some serious fun because Harley Quinn is on the loose, and she’s coming to crash your party.

So happy birthday, Harley Quinn! Here’s to many more years of crime-fighting (and mayhem-making) ahead.

The GameStop exclusive Harley Quinn With Cards Funko Pop! is now available for order at the links below (click to jump!) It’s expected to e released in November 2022. 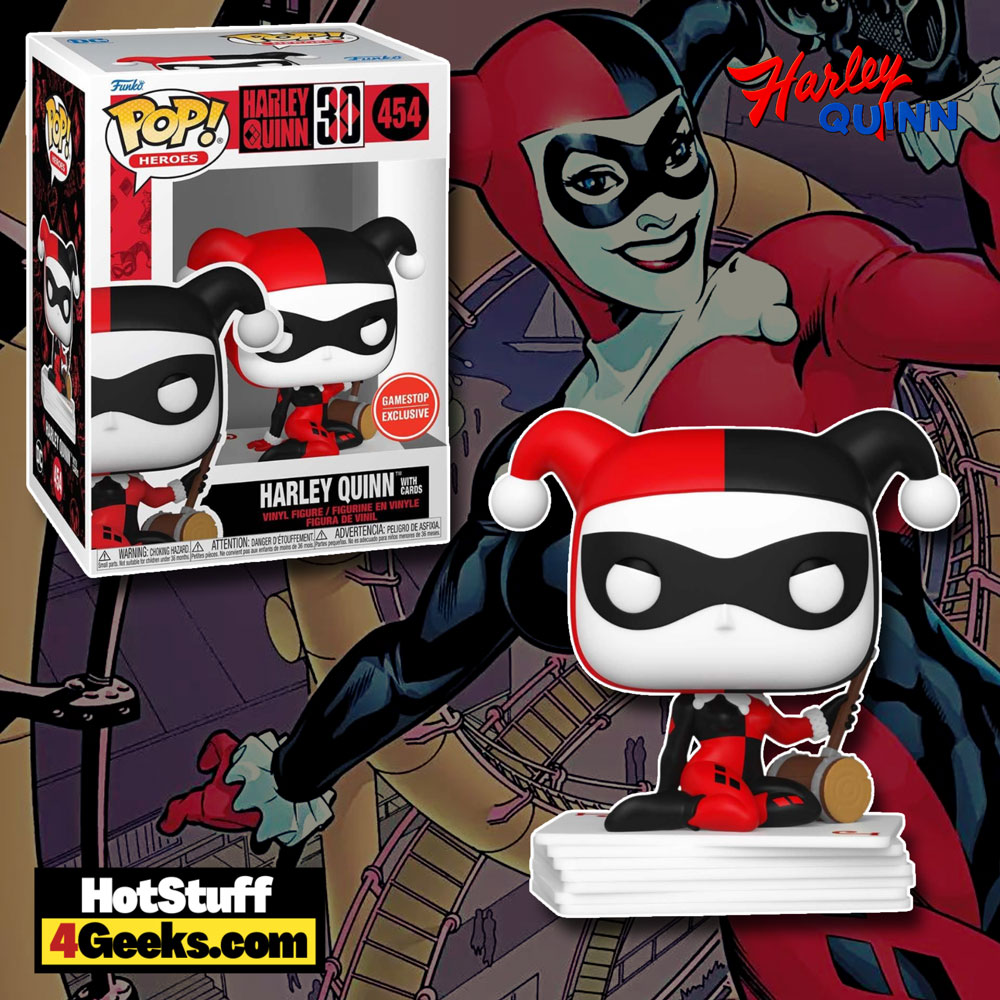 Initially, she was just The Joker’s sidekick. Still, the character performed so well that Doctor Harleen Frances Quinzel, Ph.D. in psychology and an employee at Arkham Asylum, would soon return to steal the scene.

In essence, she is a psychologist fascinated by The Joker. After studying him for some time, she fell in love with the Clown of Crime, became insane like him, and assumed the identity of Harley Quinn.

Obviously, The Joker doesn’t work as a lovebird, and the two leering creatures inevitably end up in a highly abusive relationship. Eventually, Harley abandoned him and pursued a solo career, sometimes as a villain and sometimes as an anti-heroine.

The character’s appeal is obvious. Harley Quinn is a cute, cuddly girl who is also an unpredictable, ass-kicking nut job. 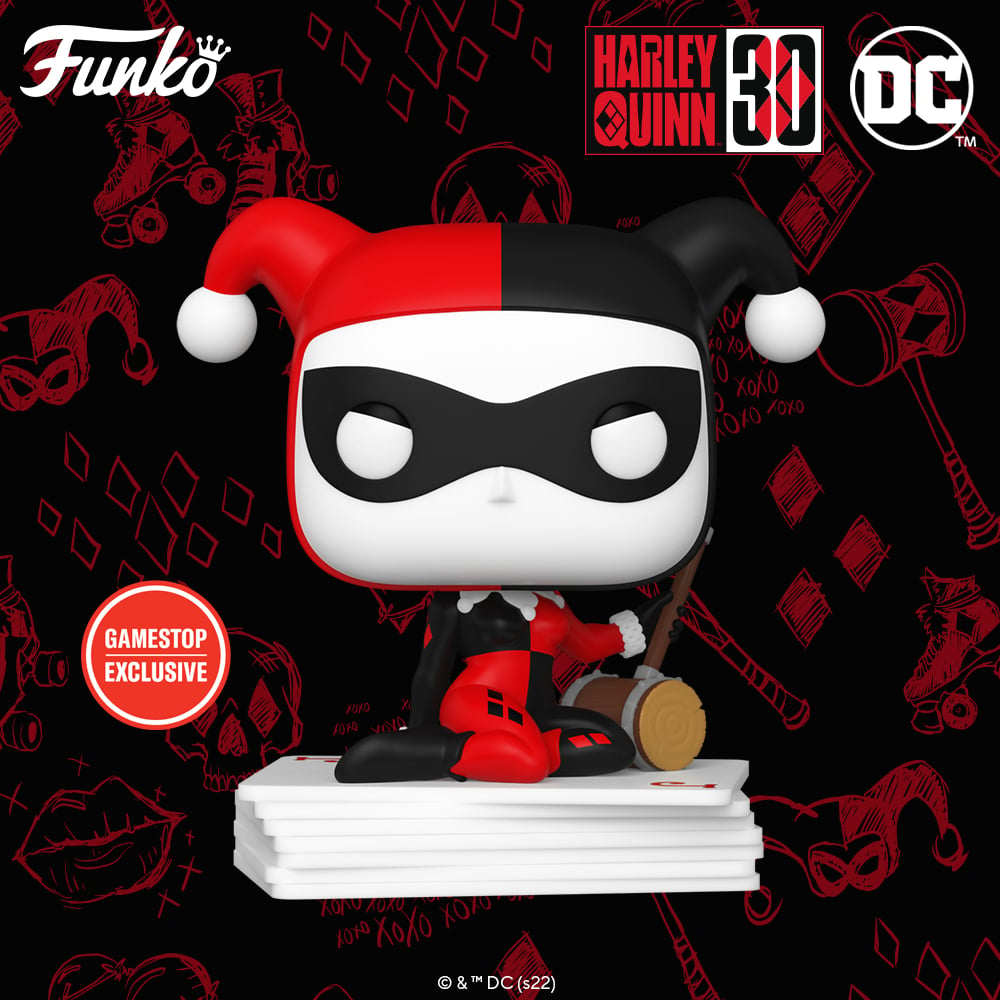