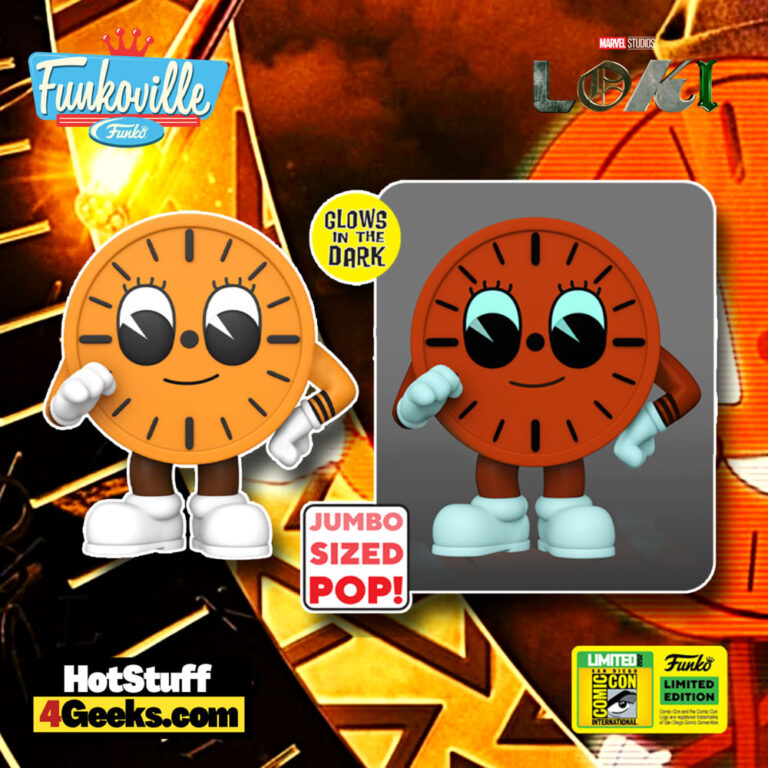 Miss Minutes is the mascot of the Time Variation Agency, an organization that Loki was forced to work for during the series due to his escape with the Tesseract in Avengers: Endgame disastrously altering the timeline.

Although a relatively minor character, she quickly became a fan favorite due to her deadpan delivery and dry sense of humor.

At first, Miss Minutes served as a comedic relief character whose primary purpose was to promote good time-management habits. She also provides information on time travel concepts and assists Loki in his missions.

But as Marvel Studios has always taught us, not everything is what it seems…

The SDCC 2022 exclusive, Miss Minutes (Glow) Jumbo Funko Pop!, can be found at the links below once the online sale begins (click to jump!) 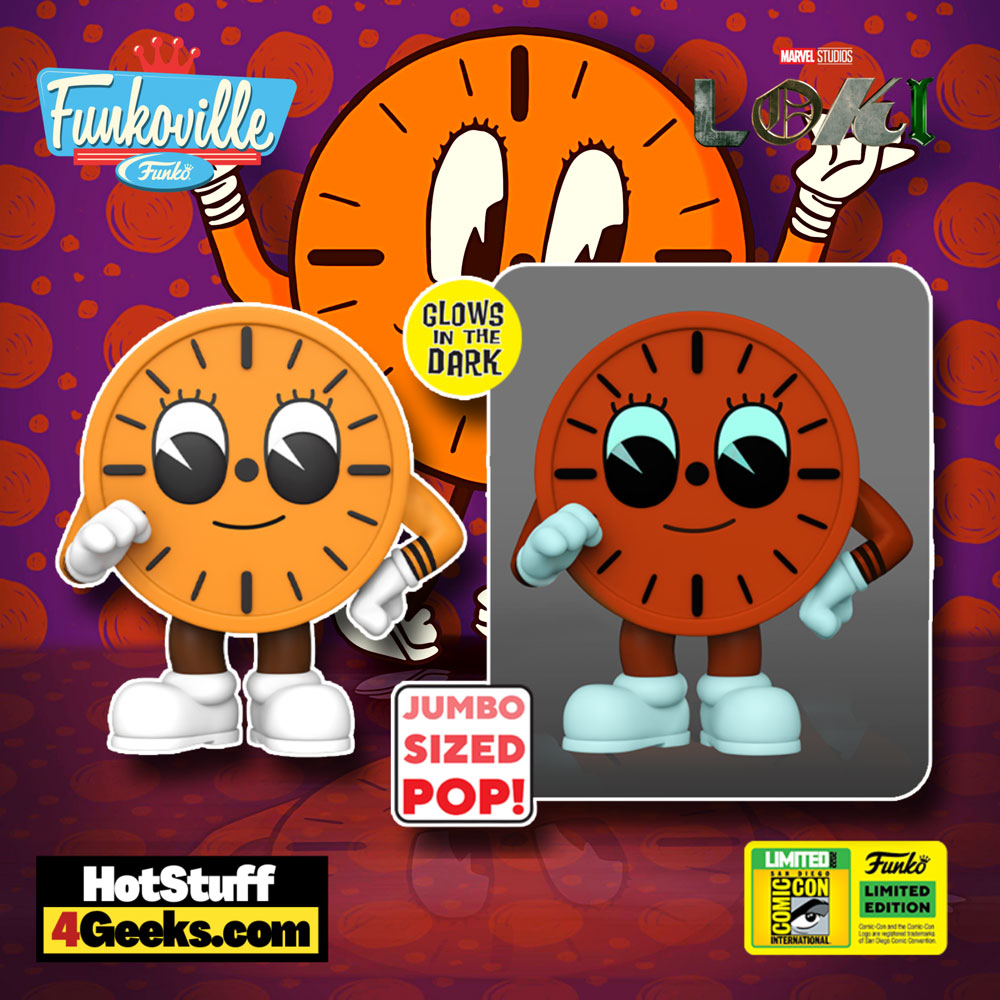 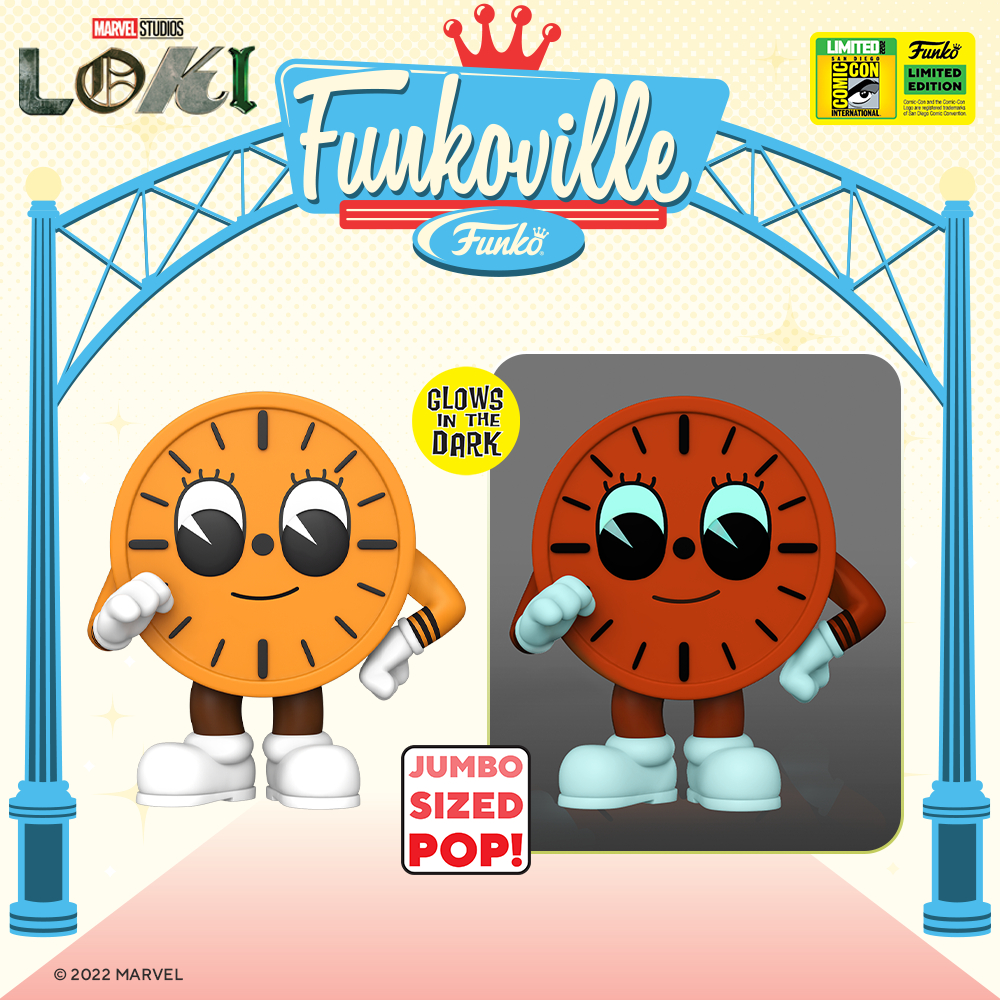 Miss Minutes – played by Tara Strong – is an anthropomorphic orange clock whose face has eyelashed eyes, a mouth, and a circle-shaped nose in the middle of her face.

Except Miss Minutes doesn’t have clock hands, at least, not on her face. Her arms and legs sprout from her perimeter, making her look like a classically cut cartoon character.

But Miss Minutes is no ordinary analog clock. Instead of having the traditional 12 o’clock ticking, she has 16 ticks.

This could be a direct reference to the famous line “time works differently on TVA” by Mobius M. Mobius or perhaps just a production design quirk. 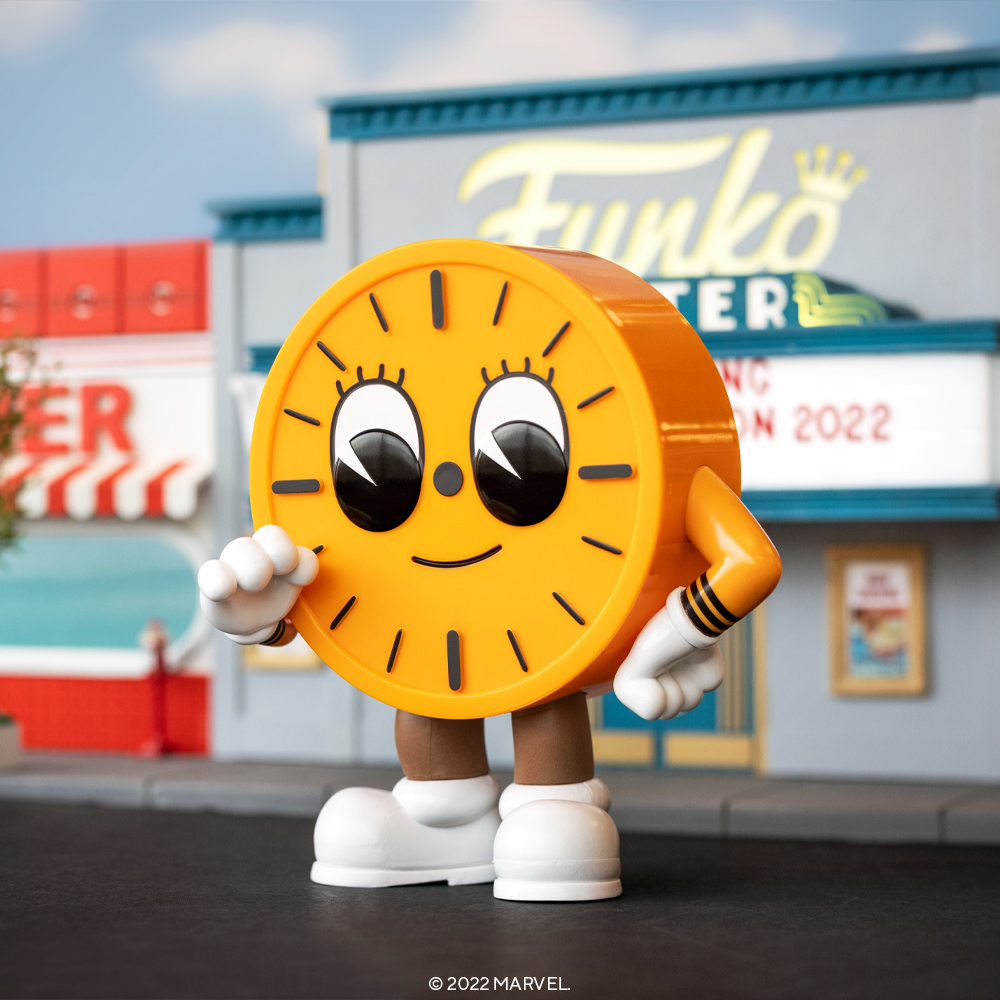 But considering the extensive history of easter eggs and clues left by Marvel Studios in their productions, it is worth keeping this information, as it could be crucial to the series’s unfolding.

She seemed to be a harmless narrator explaining how the sacred timeline works and the TVA’s job. Yet, she takes a sinister touch when reappearing in the Citadel of the End of Time in the last episode.

While she is the only animated figure with a design referencing the 1930s cartoons, many questions still surround her.

Why was she the only one who knew that the Time Keepers were not real and what was the true nature of her relationship to The One Who Remains?

And above all, how is she able to have human emotions? Who is she really? Some fan theories have pointed out that she is evil, but this has not yet been fully clarified.

In season two, it is expected that Miss Minutes will play a more prominent role. It is also possible that fans will learn more about her backstory, which has been mainly left mysterious.