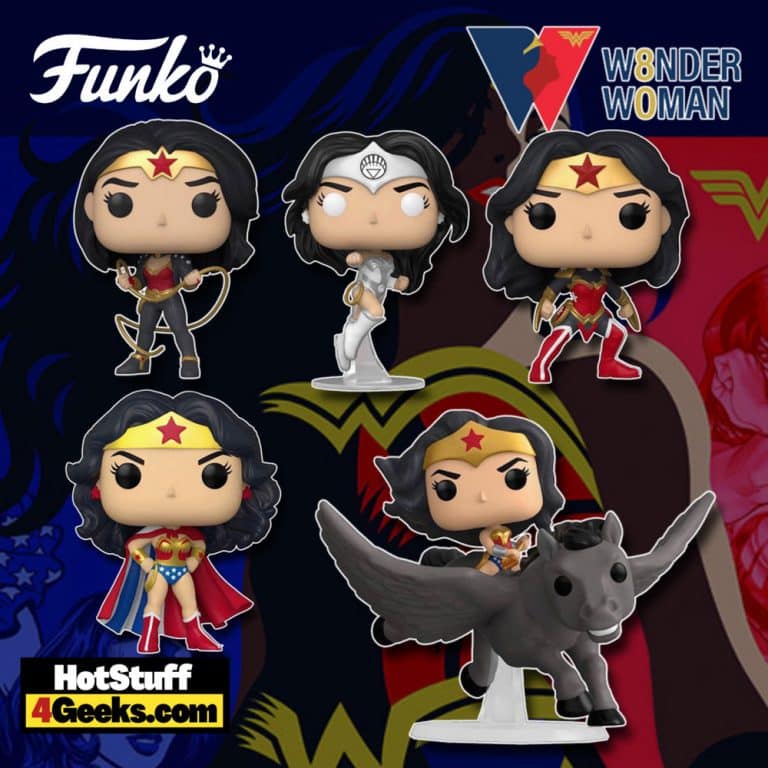 The Wonder Woman 80th anniversary Funko Pops line had a major release today, and you got an extensive fashion tour through the decades.

This year (2021) marks the 80th anniversary of the Amazonia known as Princess Diana of Themyscira. Created by William Moulton Marston, the most famous heroine of comic books first appeared in All-Star Comics #8 in October 1941, and she has stayed in the spotlight ever since.

Since Diana is immortal, she’s been around for a long time and just keeps fighting forward. So if you have a love for the Amazon Princess, these new WW 80th Wonder Woman Funko Pop vinyl figures are just the ticket to bring victory to Themyscira! Here’s the lineup for this wave:

After accomplishing all the trials she has, these figures prove that she’s the ultimate hero for us all!

Wonder Woman 80th-anniversary Funko pops are now available for pre-order at the links below (click to jump!) Also, don’t forget to check more images of this collection right down. 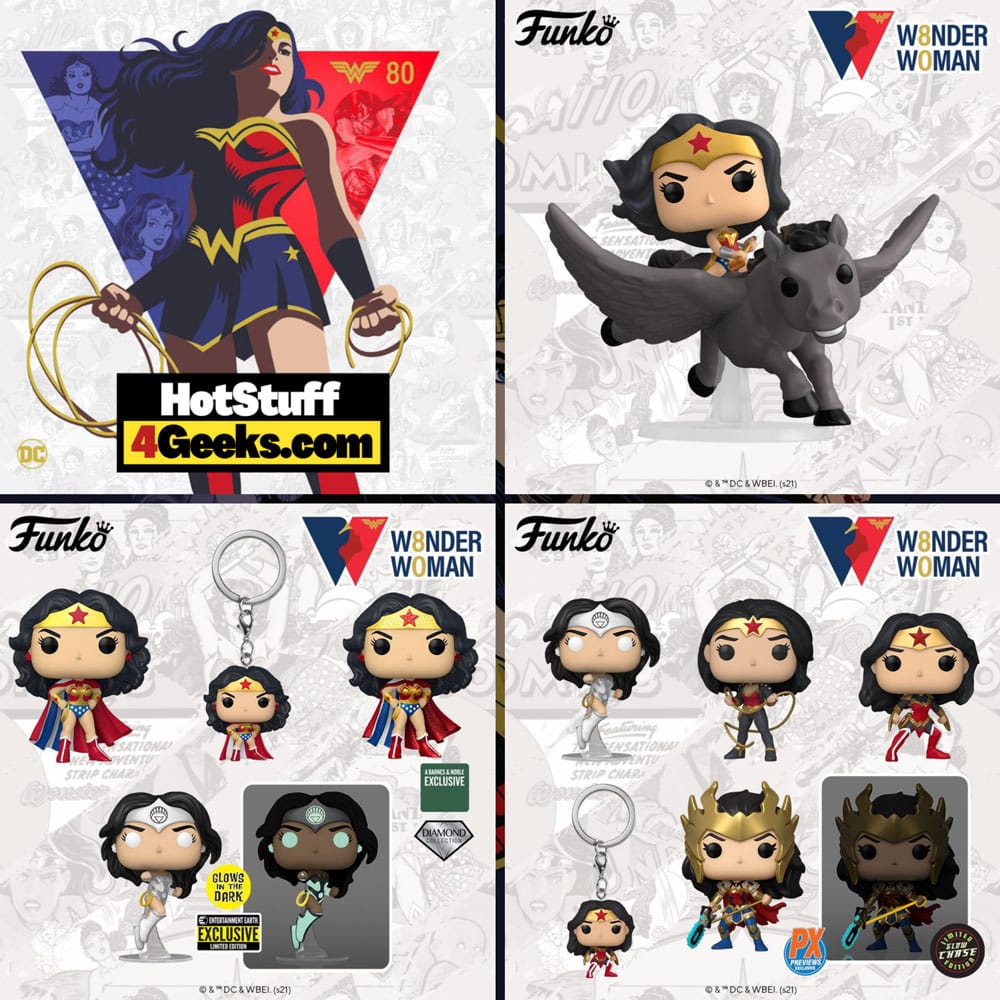 Created by American psychologist and comic book artist William Moulton Marston, Wonder Woman is a superheroine descendant of the Amazons, an ancient civilization of warrior women from Greek mythology.

Daughter of Queen Hippolyta of the island of Themyscira, the young Princess Diana is sent to the “World of Men” to defend peace, truth, and harmony between the gods and mortals.

A member of the Justice Society of America, the first superhero group to appear in comic books, Diana appeared in 1941 in All-Star Comics #8. With her lasso of truth and victory bracelets, she became recognized for her strength, independence, superhuman abilities, and war preparedness. Then, in 1942, Diana got her own comic book, Wonder Woman #1. 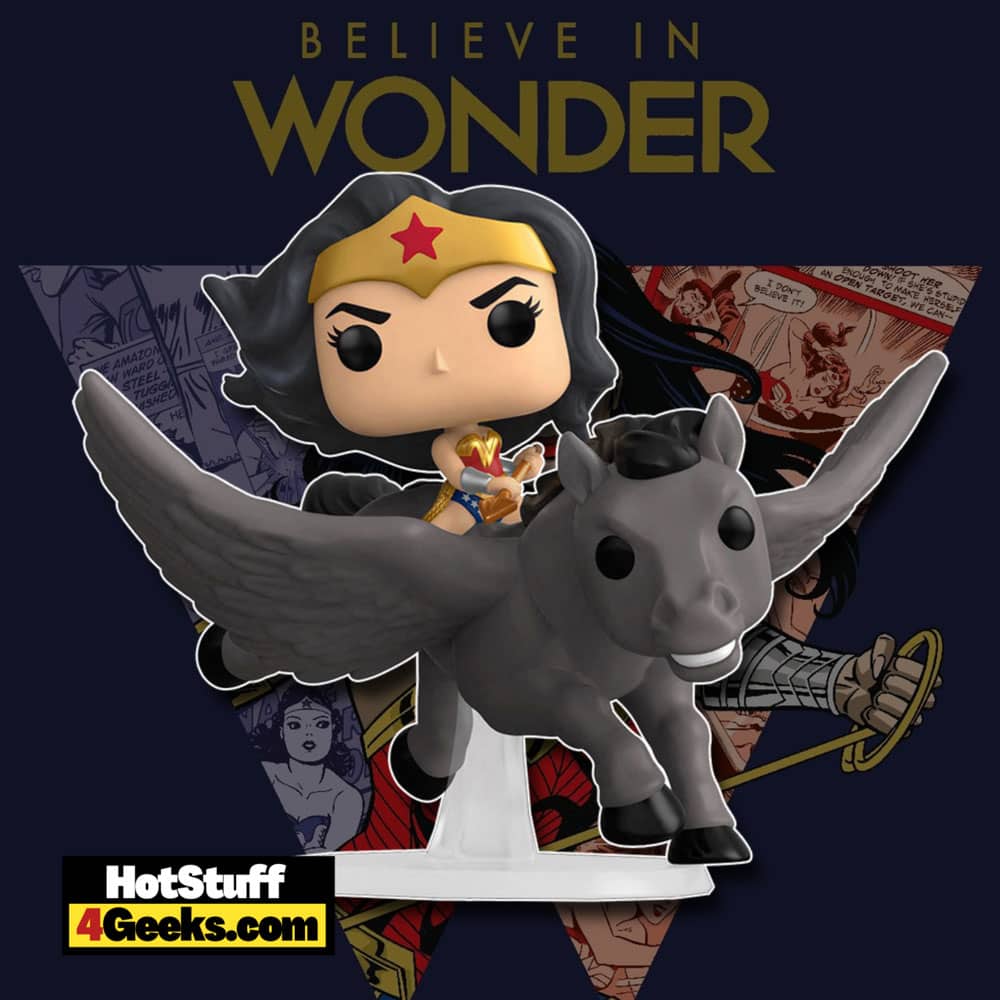 Wonder Woman 80th-anniversary Funko pops are now available for pre-order at the links below (click to jump!)

Along with heroes like Superman and Batman, Wonder Woman made up what is known as the Golden Age of Heroes and the Holy Trinity of DC Comics. Over the years, Diana’s story has undergone essential transformations, such as discovering new origins and family members as her father, Zeus, and twin siblings Nubia and Jason.

But with the support of her junior sidekicks, the Wonder Girls, romantic partner Captain Steve Trevor, and the Holliday Girls group, the heroine has held firm to her position as the most crucial superheroine in comic book history. At 80 years old, Wonder Woman remains one of the most important warrior women in comics and influences women of different ages and places in the world.

Beyond the comics, Diana’s trajectory has also become the theme of video games, cartoons, television series, and movies. Produced by Warner Bros., the most recent adaptation of the heroine’s story for the big screen, Wonder Woman 1984, was released in December last year.