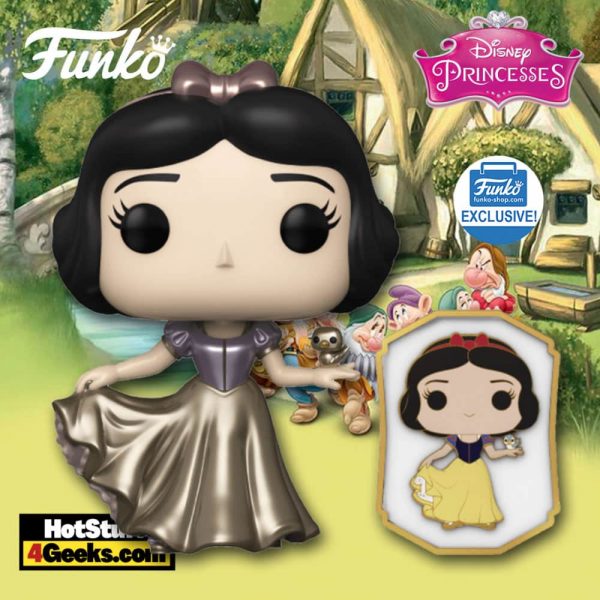 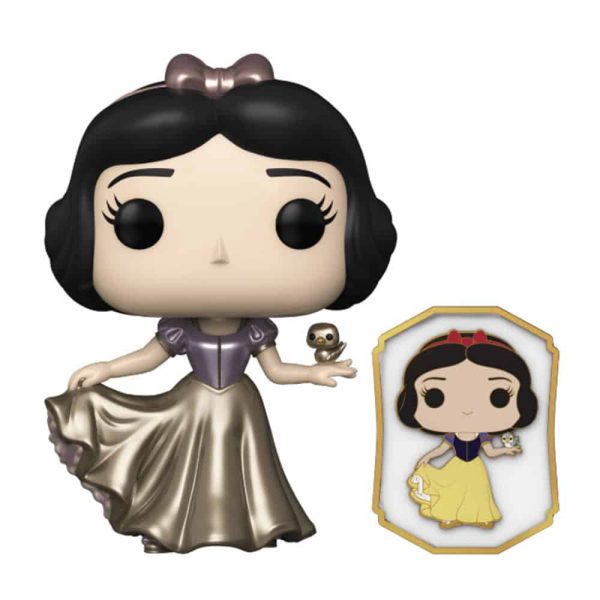 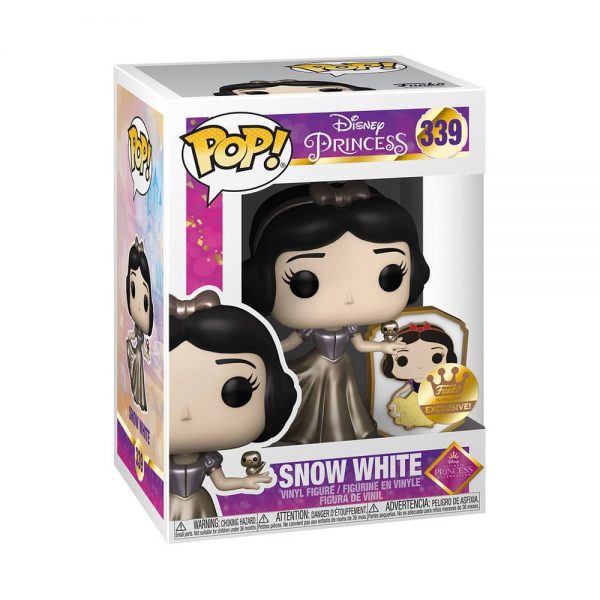 It will soon be heading to the Funko Shop, so stay tuned for more updates.  You can find purchase links below.

Snow White, the main protagonist of the film Snow White and the Seven Dwarfs (1937), was the first princess created by Disney Studios. She inspired other Disney princesses and became the studio’s perfect and beloved princess. Snow White appears well ahead of the other characters in the images created for the Disney Princess franchise.

Published in 1812 by the Brothers Grimm and immortalized in an animated version by Walt Disney in 1937, it would be unlikely to find anyone who does not know the story of the young princess who runs away from her evil stepmother into the forest, takes refuge in the house of seven dwarfs, and eats a poisoned apple offered to her by her stepmother in disguise. 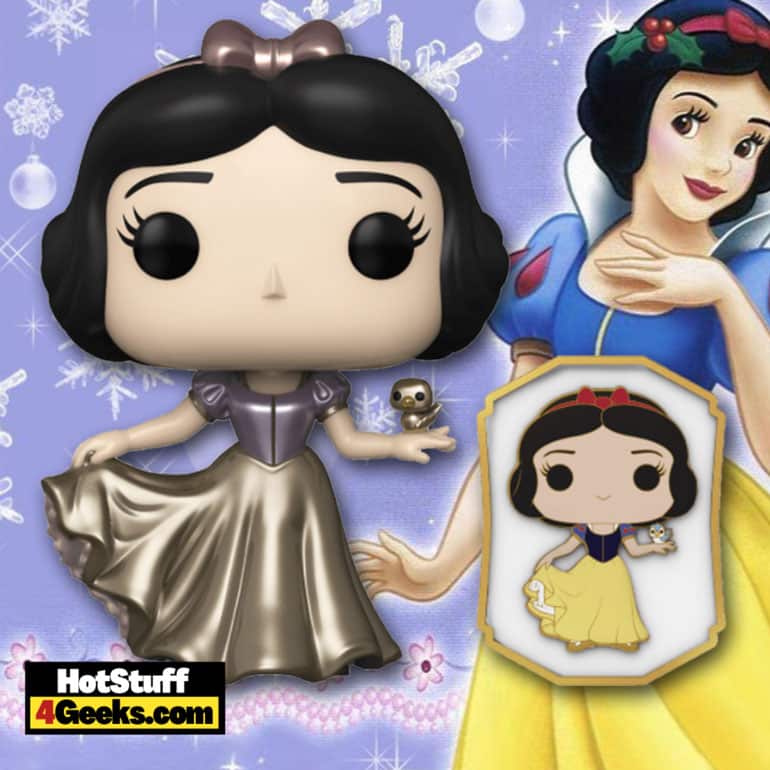 Snow White was the first Walt Disney Pictures princess. Although she was not as fearless as the recent Elsa or Merida, she revealed herself to be a genuine young woman in the 1930s, who would gradually become a queen wholly devoted to her people and to protecting the surrounding nature.

When Hollywood studios were based on the “star system” and “star power,” which defined their female stars based on their visual and physical attributes, Snow White was uniquely distinguished by her inner beauty. Her purity and constant kindness earned her the nickname of the most beautiful princess of all, and she remains so to this day.

You can find the complete Disney Ultimate Princess Funko Pop! – wave 2 in here. 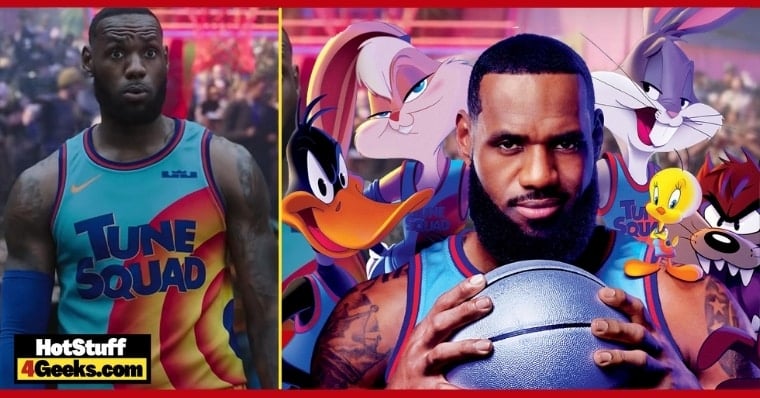 It took a long time, but it happened! After 25 years, Space Jam: A New Legacy is coming, promising to be just as good as the original movie starring Michael Jordan. In this sequel, basketball star Lebron James must travel through the Warner Bros. “multiverse,” including movies, series, and animations.

From the trailer, you can already see that we will have many special appearances from several beloved characters, and some of them were already revealed in the preview. In this list, we point out the best of them! 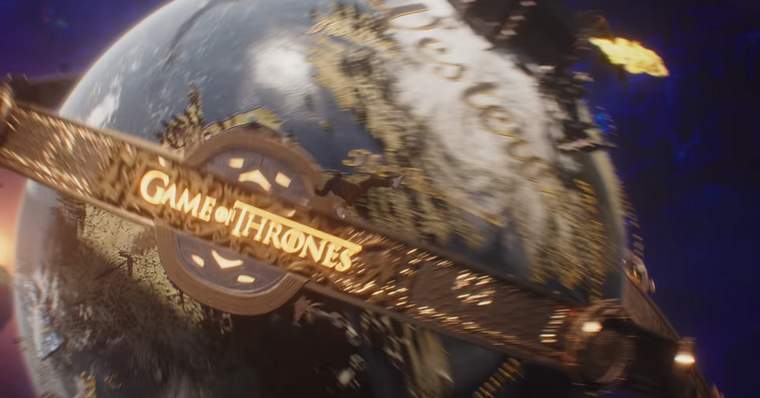 In the trailer, we see Lebron James traveling through the various worlds of Warner’s properties, some of them well-known, others not so much. One of the worlds that most caught our attention in this first preview was Game of Thrones, with a map of Westeros and everything.

Besides the planet, we see some characters from the saga in the trailer, but we will get to that later… 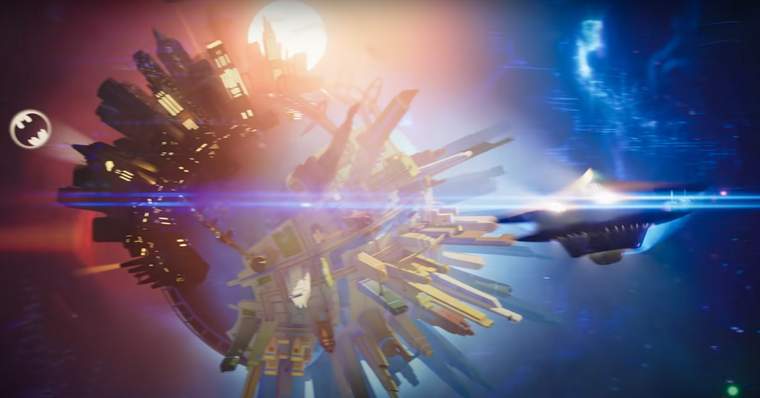 We also see the DC Comics cartoon world, and the curious thing is that Gotham and Metropolis share the planet. The art style seems to be based on the classic 90s cartoons produced by Bruce Timm and Paul Dini.

Will we see several different versions of these heroes and villains side by side? All indications are that we will, given the number of characters gathered per square meter during the trailer. We are all excited! 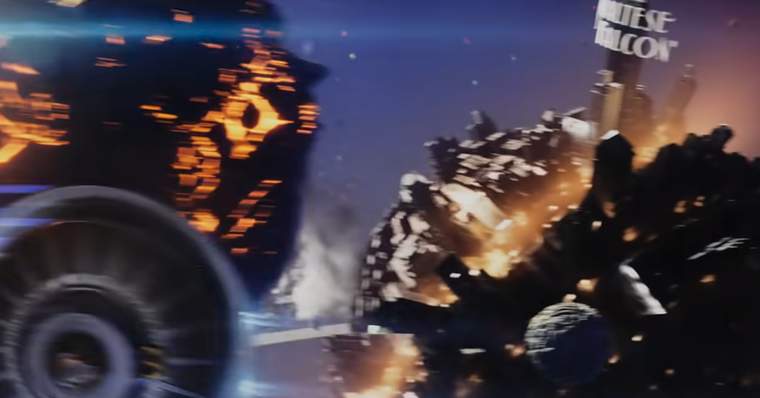 It is not only Warner’s more contemporary productions that are to be honored in the film. In one scene of the trailer, we briefly see a world based on The Maltese Falcon, a detective film in the best Noir style produced in 1941 and one of cinema’s great classics.

This should not be the only “oldie” to appear in the new Space Jam. Casablanca, another great classic, has also been confirmed as a guaranteed presence. 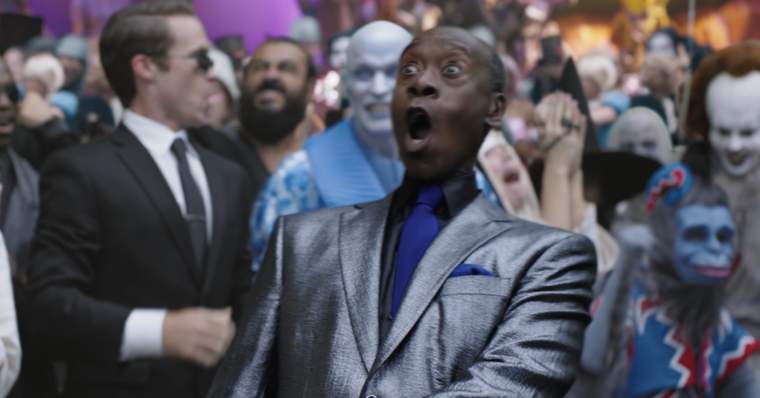 In one of the preview scenes, we see the villain AI G (Don Cheadle) appear surrounded by personalities well known to the geek audience. Among them are one of The Matrix agents, a winged monkey from The Wizard of Oz, and the version of Mr. Freeze seen in Batman and Robin.

But the one who stole the show was the demonic clown Pennywise, the main threat in both It movies. Will he also play his deadly tricks in the adventure? 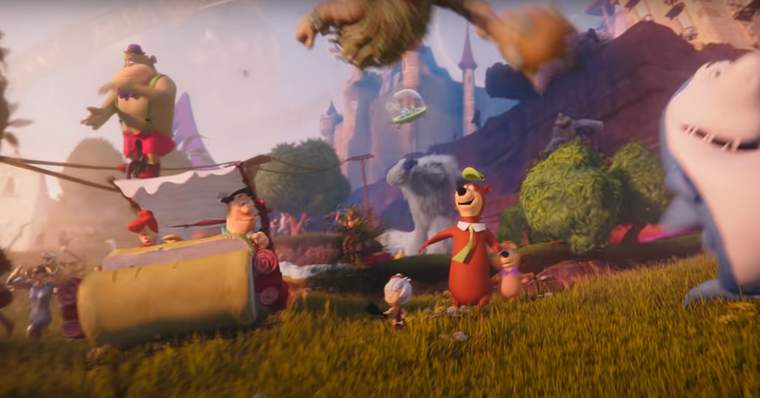 The characters from the legendary Hannah-Barbera production company, which has left a mark on generations with its cartoons, also make their presence felt in the film’s first trailer. In a very brief scene, we see The Flintstones, Yogi Bear, The Jetsons, Magilla Gorilla, and Jabberjaw. Not even Captain Caveman was forgotten!

Fans expect them to interact with Bugs Bunny and his friends in a dynamic not seen since 1988’s Who Framed Roger Rabbit. 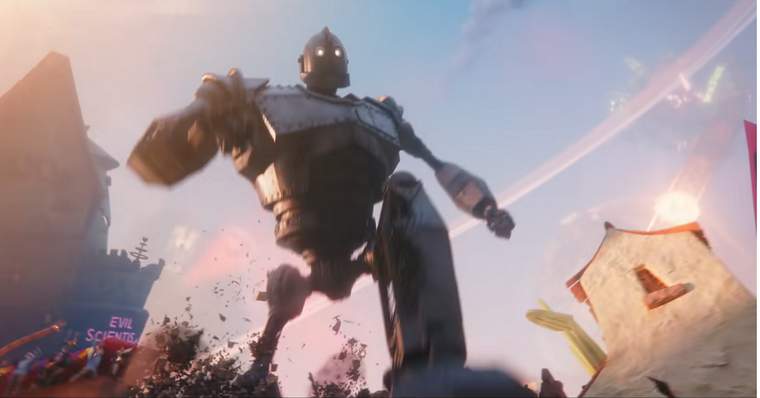 Space Jam: A New Legacy will also feature giant creatures! We see some of them in the trailer, like the Hannah-Barbera classic Frankenstein Jr. and the Flintstones’ dinosaurs. But they are not the only ones.

Walking among characters from old cartoons is the Iron Giant, the main character from Brad Bird‘s film released in 1999. This is the character’s second appearance in a movie in recent years, having shown up in Ready Player One. 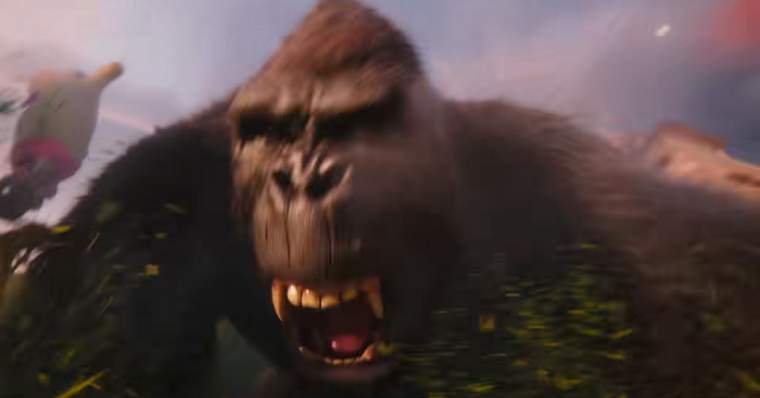 Another giant monster that has made an appearance is King Kong, who currently shines in the Warner Bros. monster verse. He recently went toe-to-toe with Godzilla in theaters. Here, he appears chasing planes, like his classic counterpart from the 1933 film.

We don’t yet know which version or versions of Kong we’ll see in this film, but we’re already hoping that more Kaiju will join the production. 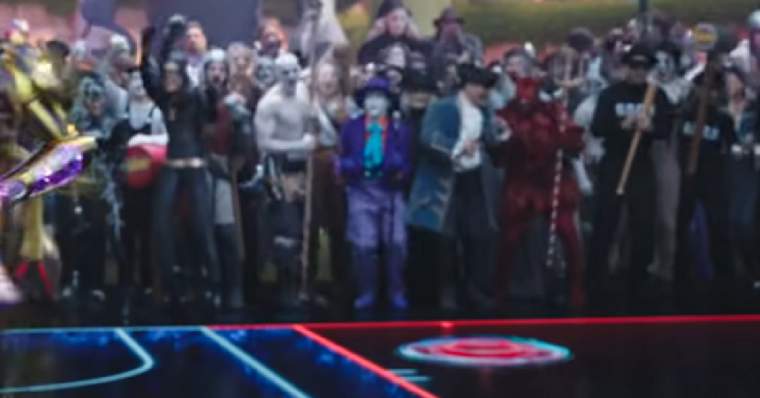 Jack Nicholson‘s performance as the Joker in 1989’s Batman was unforgettable, so much so that for a long time, he was regarded as the definitive actor to play the clown of crime. For this reason, he will be honored in Space Jam: A New Legacy, appearing as a very special guest appearance.

In the trailer, he is not alone: next to him is also Julie Newmar’s Catwoman, immortalized by the 1966 Batman series. 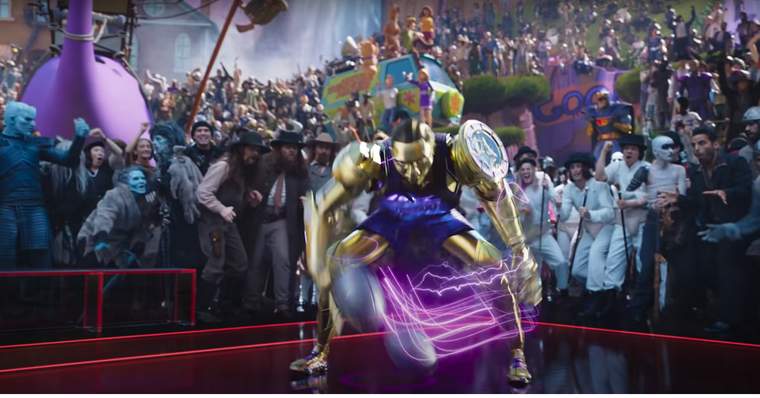 It looks like Game of Thrones will feature heavily in the new Space Jam. In the trailer, we see Drogon flying and the world of the series orbiting virtual space. Still, another character is also making his presence felt: the Night King, duly accompanied by some white wanderers.

Alongside him is Mama Fratelli from The Goonies, and the trio of Droogs from A Clockwork Orange, a role that has caused quite a stir on the internet since the film touches on some very disturbing and controversial subjects. 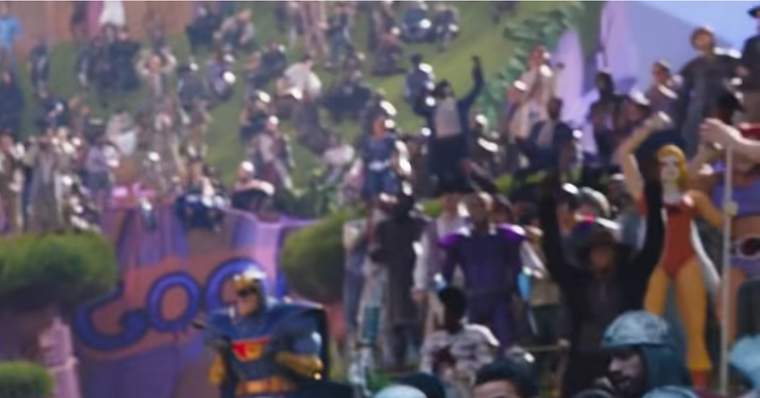 Nobody expected the Thundercats to appear in this Space Jam, but here they are! The champions of Thundera will be making some very special appearances in the film, so look out for them when you meet them.

Already in the trailer, we can see the speedy Cheetara and the leader Lion-O, excitedly watching the basketball game. Next to them is another cartoon hero, the Blue Falcon, who recently appeared in SCOOB! 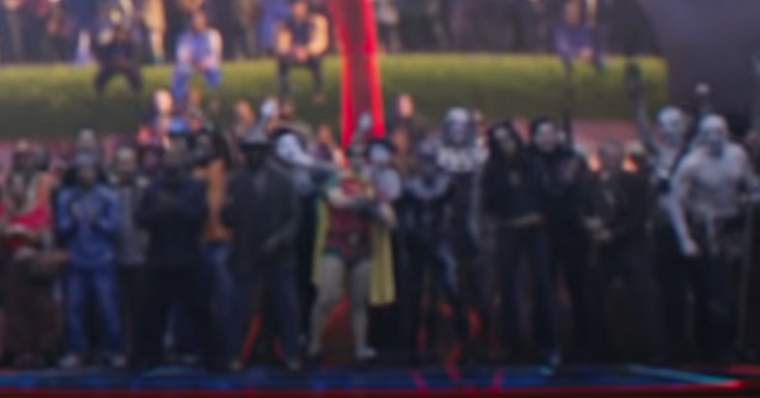 The 1966 Batman series is yet another Warner production that will get its just tribute in the new Space Jam. We get to see some characters already in the trailer, like the Catwoman, as mentioned earlier. But there’s more!

Burt Ward’s version of Robin from the classic 1960s series will also appear very briefly in the preview. Did you notice?